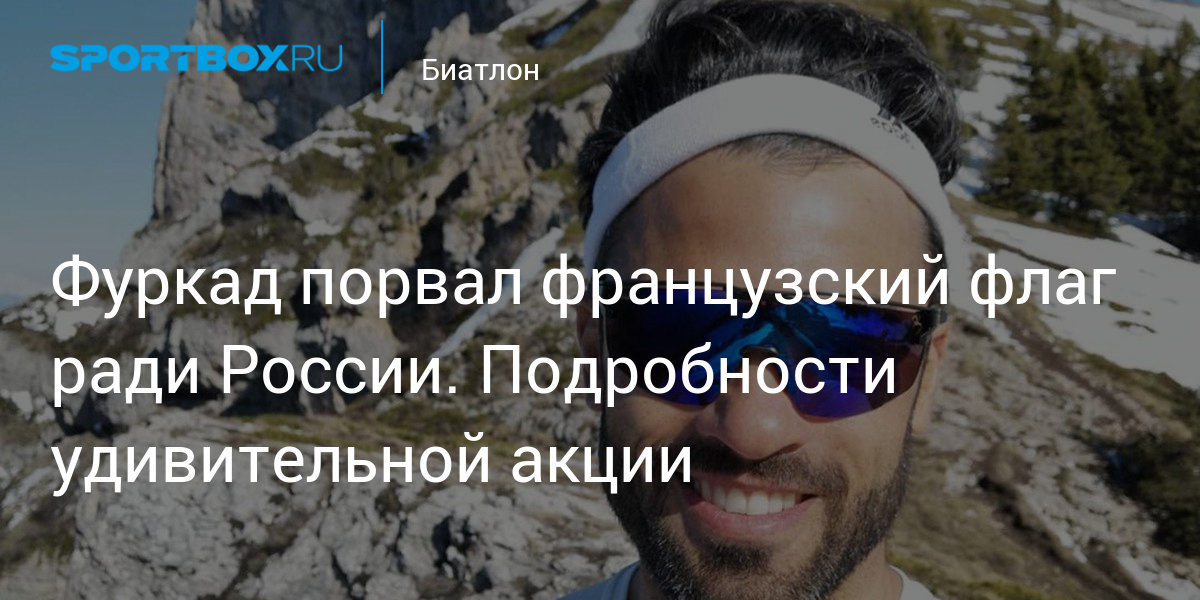 It turns out that the former biathlete made a sacrifice to support ours.

At the time of the most serious pressure on the athletes of our country, junior biathletes national team were at the World Championships in the USA. Right in the course of the competition, the organizers imposed sanctions on our team and deprived the flag and anthem.

It turned out that the Frenchman sacrificed his tricolor for the sake of Russia. Rare nobility.

By the time the decision on the possibility of our team to compete only in the status of neutral athletes came into force, several races had already taken place at the world championship. Naturally, the Russian tricolor was present on all the equipment and property of our team.

Guided by the decision of the IBU, the organizers removed the flag from the Russian wax booth. The photo with the abbreviation NAR (neutral athletes of Russia) was posted on the social network by the doctor of the team Aishat Erkenova and signed the text: “Principles of Olympism? No, we haven’t heard.”

Unexpectedly for many, the coach of the French team Simon Fourcade agreed with our doctor. The world champion hung the Russian tricolor on the cabin of the service, which aroused the delight of the Russians. Erkenova immediately shared this with subscribers by attaching a photo.

– And so we were supported by France in the person of Simon Fourcade. He stuck our flag on one of the waxes. Respect and love! Erkenova wrote.

Few people thought about where the brother of the five-time Olympic champion could have taken the Russian flag in the USA.

Anastasia Batmanova competed at that World Championship. The junior did not show high results, but, despite the local failure, the girl got into the media field due to an amazing fact. A month later, at the Russian Championship, she ran with her father for the same team in single-mixed, setting a historical achievement in this sense.

The news was the occasion for numerous interviews that the father and daughter gave to journalists. Naturally, they also touched upon the issue of bans on performances for the Russian team. Answering these questions, Yuri Batmanov shared an incredible story from a month ago.

— Simon Fourcade supported us. Heard this story with the flag, but he made it from French: he tore it up, swapped the colors and pasted it on the wax booth, ”said the 44-year-old Match TV biathlete.

I must say that in the international context, Simon’s act is very bold and non-trivial. But at the same time, he fully corresponds to the rhetoric professed by his brother Marten, who is more eminent in the sports sense.

“We are thinking about our Russian friends who unwittingly became part of this situation,” Marten supported Russia on his social network at about the same time as Simon’s act.

Of course, such actions of the Fourcades did not hit the epicenter of the information field and were unlikely to receive the attention of international officials, but individual cases of support for our team by eminent athletes give strength and prove that Russian athletes are really not to blame for anything. This understanding will definitely give confidence in the long struggle to restore our rights in the IBU.

This is what magnesium does to your body.. and here are the doses

Supply begins tomorrow, disbursing subsidized goods to card holders within the decisions of the month of April