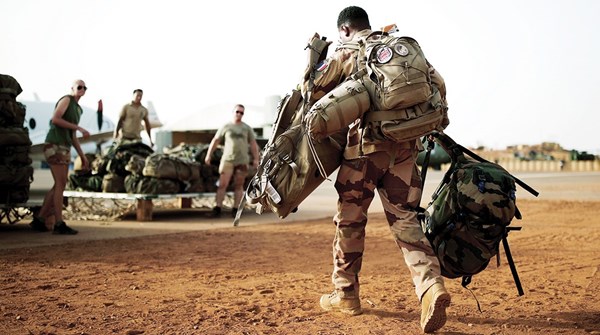 The French army has killed a terrorist leader responsible for the kidnapping of two French journalists at Radio France International in November 2013, who were killed after they were taken into custody, Armed Forces Minister Florence Parly announced on Friday.
“On June 5, Barkhane (force) soldiers detected preparations for a terrorist attack in Aguilehoek, northern Mali,” Barley said, “and they eliminated four terrorists,” including “Bay Ag Bakabo, the leader of the terrorist organization Al-Qaeda and responsible for the kidnapping of our citizens,” Jesselin Dupont and Claude Verlon.
She added that “his elimination puts an end to the long wait,” expressing “its sympathy with the families of Gisline Dupont and Claude Verlon.”
On November 2, 2013, two French journalists working for Radio France Internationale were kidnapped and killed near the city of Kidal, a few months after the start of the French operation “Serval”, which spent its mission of confronting terrorist militants and preventing them from controlling the capital, Bamako.
Their bodies were found less than two hours later, 12 km away. On November 6, the terrorist organization Al-Qaeda claimed responsibility for their killing.
Parly stressed that the result of this operation “shows one of France’s top priorities in the Sahel: to overthrow the most prominent leaders of the terrorist groups that roam the region.”
After President Emmanuel Macron announced, yesterday, Thursday, the imminent end of the French “Barkhane” operation to combat terrorism in the Sahel with an international support and accompaniment mechanism for local forces, Parly concluded that “the goal remains: France remains committed against international terrorism alongside the Sahel countries and for the security of Europe And the French.”