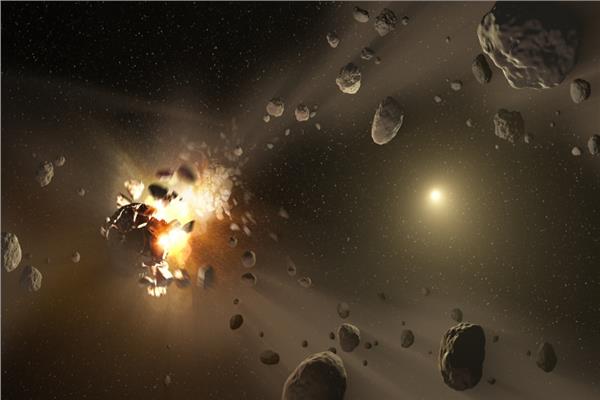 A scientist believes that asteroids lurking between Earth and the sun, hidden by the glare of our star, may help shed light on the history of the Earth. Solar System.

Astronomer Scott Sheppard, of the Carnegie Institution for Science in Washington, DC, says that discoveries of near-Earth objects (NEOs) are just beginning, because telescopes tend to look away from our planet so they can avoid the sun’s glare; However, new surveys that look the other way are revealing more near-Earth objects – including asteroids that have never been seen before.

Finding and tracking these space rocks could be vital to help improve our understanding of planet formation and the history of the Solar System, Sheppard and other experts say.

“New telescopic surveys defy the sun’s glare and look for asteroids facing the sun during twilights,” Sheppard wrote in a column in the latest science journal. “These surveys have found many previously undiscovered asteroids within Earth.”

The discoveries include the first asteroid with an inner orbit around Venus – named ‘Ayló’chaxnim 2020 AV2 -‘ and the asteroid that currently has the shortest known orbital period around the Sun, called 2021 PH27.

Modeling predicted that these space rocks should exist, but now telescopes are already beginning to confirm their presence.

Observations for those asteroids include the Zwicky Transient Facility Camera in California and the National Science Foundation’s Blanco 4-meter telescope in Chile.

Read also: Cultivation of solar cells over 6 neighborhoods in the administrative capital to produce 130 megawatts of electricity

Qusai Khouli sends a message to the pioneers of Aliu..and these are the details