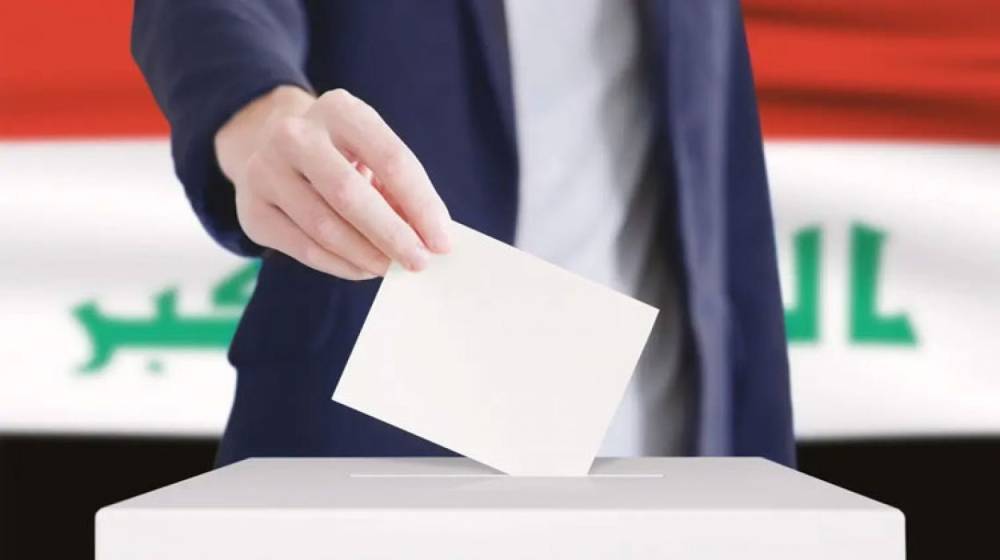 Sajjad, a 23-year-old Iraqi, does not seem enthusiastic about participating in the parliamentary elections scheduled in Iraq on October 10, considering that all candidates’ programs are limited to “promises” that will not be implemented in his opinion. Sajjad is sitting in the courtyard of a café in central Baghdad. Like many in Iraq, they do not care and despair about the improvement of their country’s conditions through the elections.

And spread in the public squares and main roads in Baghdad, and in all the cities of the country, large pictures and posters of candidates from various political blocs and independents in the framework of the early elections campaign. Some of them are prominent politicians and others are unknown. Candidates hold daily rallies in the presence of dignitaries, clan leaders and supporters to collect votes. Observers believe that the turnout in the upcoming elections will be lower compared to the last one that took place in 2018.

“I see pictures of (candidates), but I don’t know their names or their programmes,” says Sajjad, who has completely shaved his hair and wears a white shirt with a tattoo on his arm.

The young employee, who works in a company, added, while sitting with his friends in a cafe in the capital: “They all have the same program. We will do this and do this, and they are all just promises.”

The early legislative elections, which were set under pressure from demonstrators during the October 2019 protests instead of their date in 2022, are one of the few concessions the authorities have made to the protesters who have come out against the rampant corruption and lack of public services in Iraq.

Muhammad, 30, who has a university degree in economics, says he is not convinced at all about the elections, because “it will not change anything.” The young man, whose economic circumstances forced him to postpone his marriage more than once, adds, “Why do I vote when I do not get (even) the most basic services?” Iraq in general suffers from a severe shortage of services, including electricity, which is frequently cut off, especially during the scorching summer days, during which the temperature exceeds fifty degrees Celsius.

He continued, for example: “The area in which I live, the last time its streets were maintained, was before 2003,” the date of the US invasion of Iraq and the fall of Saddam Hussein’s regime.

The young man, who knows two out of five candidates in his constituency, but has not seen their electoral programs, adds, “It’s the same political parties since 2003, only the faces have changed.” He continues: “Voters either got jobs or vote for relatives or one of their clan.”

The Independent Electoral Commission called on about 25 million voters to participate in the early elections, in which more than 3,200 candidates are competing to win 329 seats, the total number of seats in the House of Representatives, 25 percent of which are allocated to women.

The elections will be held according to a new electoral law that adopts closed electoral districts; So that nomination does not require listings and can be limited to a limited number of candidates, according to the number of residents in each district. It is likely that the political blocs will resort to nominating dignitaries and prominent personalities within 83 electoral districts. But in most cases, the situation changes and new alliances are formed after the results are announced, which constitutes a change for the political blocs under the dome of Parliament.

In light of the political conditions in Iraq, it is difficult to predict which party will lead the elections in light of the great competition, especially between the Sadrist movement led by Muqtada al-Sadr and the “Al-Fatah” alliance represented by candidates backed by factions close to Iran.

Iraqi researcher Marcin Al-Shammari believes that the elections will take place in an atmosphere of “indifference and despair, especially among young people.”

According to official Iraqi statistics, the participation rate in the elections that took place in 2018, was 44.52 percent, and many parties considered them to be exaggerated. Al-Shammari warns that “the odds are that (the percentage) will be lower” this time.

Political analyst Saleh Al-Alawi expects that “the participation rate will not exceed 20 percent”, due to the “reaction left by the popular protests”, and especially because of the frustration caused by their failure to achieve their goals despite the sacrifices made by hundreds of activists and protesters who were kidnapped and assassinated. And hundreds of dead and wounded during the confrontations.