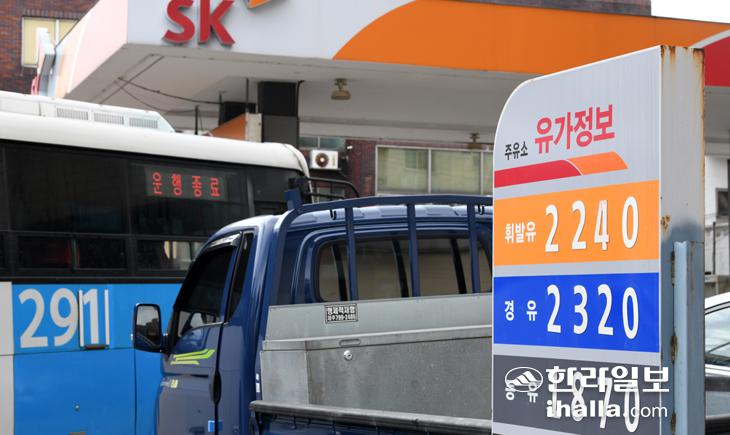 [한라일보] The government’s further cuts in oil tax have led to a slight drop in oil prices in Jeju Island.

According to the Korea National Oil Corporation oil price information site Offinet, the average gasoline sales price at gas stations in Jeju was 2160.89 won per liter as of 4 pm on the 3rd, 56.98 won lower than three days before (June 30), three days before the government lowered the fuel tax. The diesel sales price also fell by 38.37 won from three days ago to 2241.33 won per liter. Compared to the previous day (July 2), the average selling price of gasoline and diesel at gas stations in Jeju fell by 2.32 won and 1.34 won, respectively, continuing a slight decline.

From the 1st, the government expanded the extent of the fuel tax cut from 30% to 37%, which is the maximum allowed by law. As a result, the price of gasoline and diesel will drop by KRW 57 and by KRW 38 per liter.