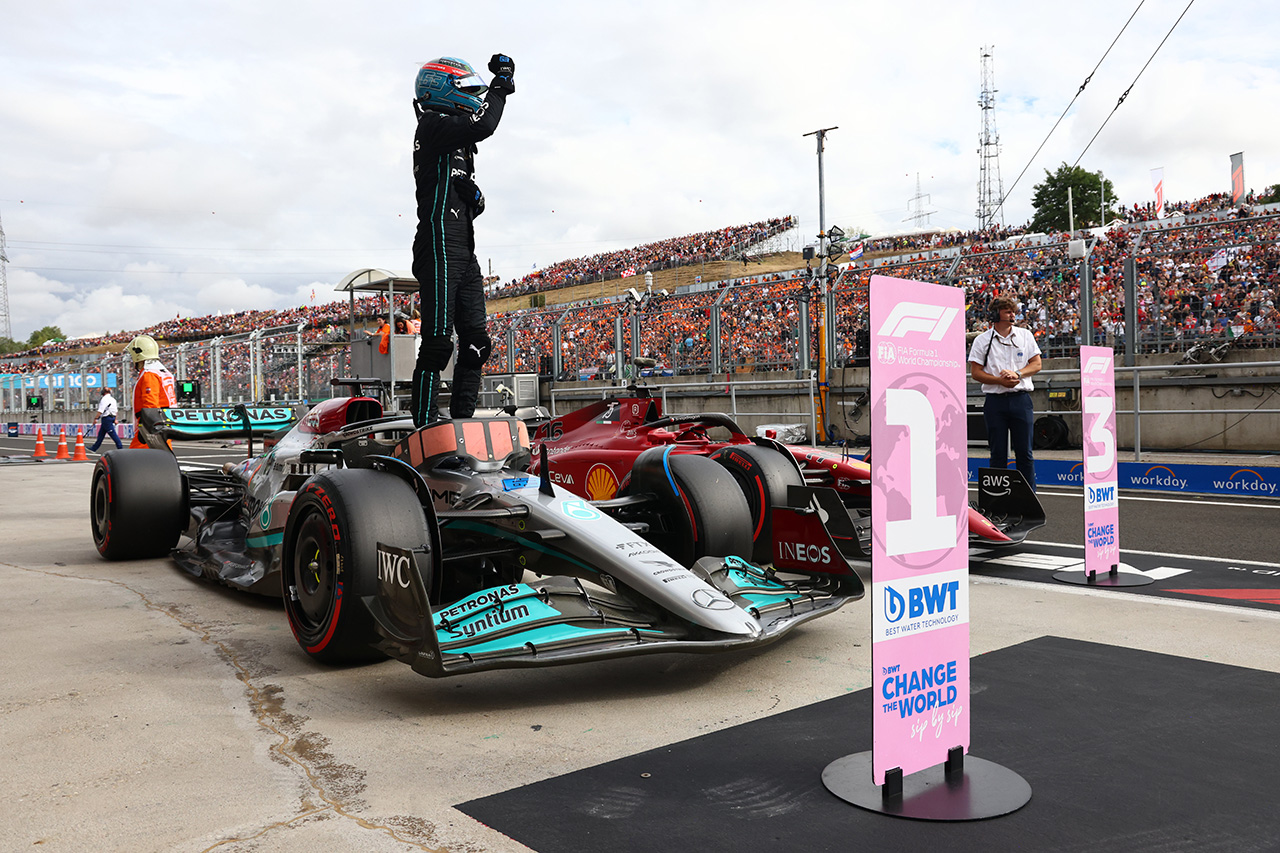 Mercedes has been unable to compete with Red Bull and Ferrari on pure performance until the first half of the 2022 season due to bouncing issues with its W13 car.

However, he has been on a good run lately, scoring podiums in all of his last six races. In France and Hungary, George Russell and his team-mate Lewis Hamilton scored two consecutive podium finishes.

George Russell believes recent form improvements are good enough to justify sticking with the existing car concept for the rest of the year.

“I don’t think that changing the concept of the car will make it go any faster. To be honest, it might be the other way around,” said George Russell after the Hungarian Grand Prix.

“Sometimes you have to stick to the process and keep pushing.”

“It’s hard to do when the pace is down and things don’t seem to be going the way you want them to. I think we’re making great progress.”

“We did our job in qualifying and in the race we both showed the pace.”

“When the season started we were finishing races a minute behind the leaders. The last two races we were within 10 seconds – I think we are definitely on the right track.”

While many F1 teams have changed their car concept and opted to follow Red Bull’s or Ferrari’s approach, Mercedes has stuck with the slim sidepod design that attracted attention in pre-season testing.

The Mercedes F1 team has previously said it is considering “a mix of different concepts” for 2023, but does not believe that ditching the concept will change its level of competitiveness this year.

Mercedes F1 team principal Toto Wolff believes the practice problems he faced in France and Hungary helped him find the right direction for his car and be more competitive.

“It’s been a difficult weekend overall. Friday’s woes[in Hungary]really didn’t know which way we were supposed to look,” said Wolff.

“Maybe what was so wrong on Friday helped to be so right, almost completely right, on Sunday.”

“We’ve seen a lot of positive data from last weekend in France and here[in Hungary]and we have a lot of data to build on for the second half of the season.”