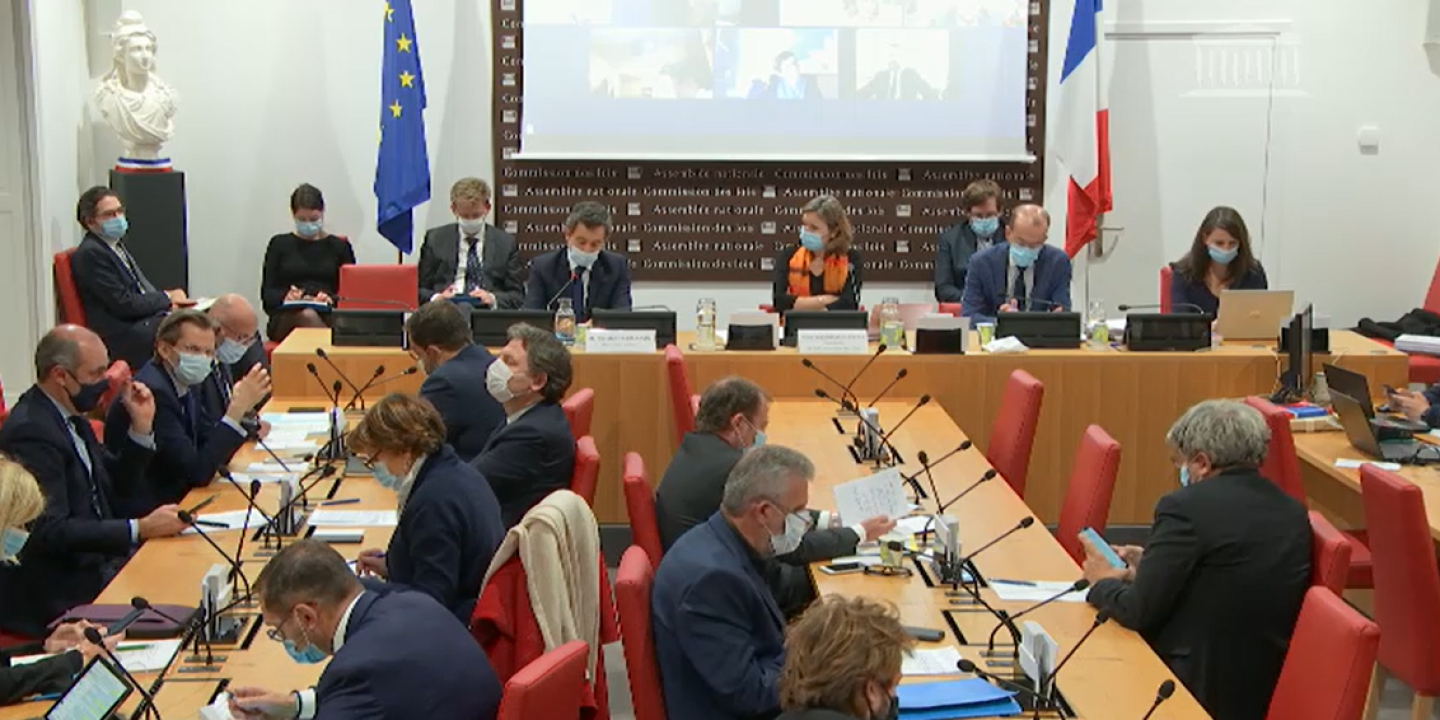 During his introductory remarks, the Minister of the Interior wanted to come back to the violent arrest of Michel Zecler. He denounced “Unspeakable acts”, “committed by those who wear the uniform of the Republic”. As he had made known on November 26, he recalled that he wanted these people “Be revoked”. “People who disproportionately use the force that the people make available to those who have legitimate violence must be punished and have nothing to do with the national police or the national gendarmerie”, he continued. According to him, actions “Very strong” were taken against police officers involved in this case.

“Unspeakable acts were committed” by the police, in particular during the beating of Michel Zecler, admitted… https://t.co/4ybq7XQ66V

However, Mr. Darmanin affirmed that these drifts were the result of individualities and rejected any generalization: “Individualities are not a whole and I cannot stand – and I will not stand – that we undermine the institution, that of the national police and the gendarmerie which do an admirable job. ” The Minister of the Interior notably defended the fact that “The police and the gendarmerie are monitored, controlled, inspected, sanctioned”, conceding that “This is quite normal”.

During his intervention, Mr. Darmanin listed what he qualifies as the ” Sins “ law enforcement: the “Little training” offered to the police – a “Fundamental error” -, which he wishes to remedy thanks to a “More important initial training”. He also wants the creation of a “More intermediate management body”, because, he believes, “There are not enough leaders”.

He also denounced the lack of equipment and reaffirmed the interest of pedestrian cameras, which must be generalized on 1 July 2021. He then considered improving the current system: “Perhaps we should actually imagine that, and this is quite legitimate, when a weapon is released the camera can automatically be triggered. “

On the issue of the General Inspectorate of the National Police (IGPN), the Minister of the Interior said that, “Like any institution, it obviously deserves to be looked at, questioned, discussed, improved”. He did not reject the idea that the IGPN could be placed outside the General Directorate of the National Police (DGPN) and that the person at its head could be outside the Ministry of the Interior.

He also mentioned an extension of the number of reservists, in force in the national gendarmerie, “But that hardly happens in the police”. “I hope that we also increase to 30,000 the number of national police officers who, each year, could be in the reserve in order to better embrace the aspirations of the population”, he pleaded.

“I do not share, although it is an extremely strong conviction, the divorce between the police and the population” … https://t.co/JDCqWzSLxq

Mr Darmanin, however, denied the possibility that there is “A divorce between the police and the population”, based in particular on a survey conducted in June 2020, according to which 69% of those questioned said they trusted the national police. “There is not on one side the police and on the other side the French population. There is no need to reconnect [le lien entre la police et la population], I think that this thread has never been lost, but there is to understand the difficulties which the police officers live and also to understand how the population wishes today the use of the force. “

In response to deputies who questioned him on article 24 of the “comprehensive security” bill, which prohibits the dissemination of images of members of the security forces with the intention of harming their integrity “Physical or mental”, M. Darmanin quipped: ” I do not know why (…) this article 24 is debated. “ The Minister of the Interior then kept the same line; in reaction to the many criticisms of journalists’ societies and defenders of freedoms, he assured that “The protection of the police and the protection of the freedom of the press are not in competition, but in complementarity. There is not a victory of one against the other, and above all there is not a victory of one without the other ”.

The Minister of the Interior also supported the Paris police prefect, Didier Lallement, questioned by the opposition on several occasions over the past week: “Prefect Lallement has all my confidence”, he said, in response to a question from deputy for Seine-Saint-Denis Stéphane Peu (PCF).

Article reserved for our subscribers Read also Investigation of Didier Lallement, the police prefect with the grip of Emmanuel Macron

On police violence and in particular during demonstrations, Mr. Darmanin argued that police officers “Whose job was not to maintain order” found themselves carrying out these missions with a “Lack of equipment” and “A lack of training” : “You are being put in front of something you don’t know, which can be ultraviolent. ” The minister decided to “Create the equivalent of 300 additional police and mobile guards”. He also called for the establishment of a specific team to maintain order and fight against urban violence.