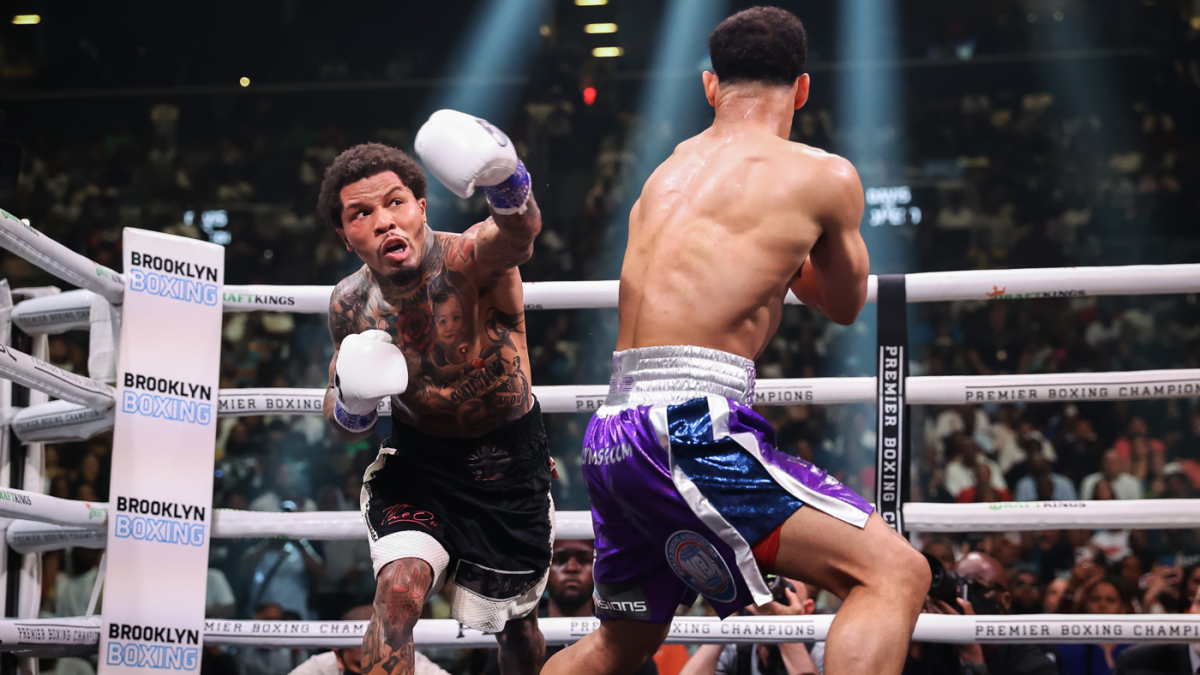 For nearly all of the first six rounds of his bout with Gervonta “Tank” Davis, Rolando Romero fought a disciplined fight, using his reach and jab to keep Davis from doing much offensively. It only takes one punch from Davis to change a fight, however, and in Round 6, it ended with a thud.

Romero opened by pawing with the jab, using it as both a range finder and deterrent to Davis’ attempts to get inside and land his trademark left hands and uppercuts. That strategy was working well for Romero as the rounds went by, with Davis circling around the ring looking for opportunities to land rather than unloading and controlling the action.

Romero also bent the rules nearly to the point of breaking, utilizing his elbows repeatedly as well as throwing Davis to the canvas after landing a clean right hand in the second round. He received several warnings from the referee though no point was taken for the repeated fouls.

Romero seemed to feel he had the right moment to amp up his attack in the sixth round as he pursued Davis to the ropes and looked to unload with his wild power punches. Davis calmly let loose with a left hand counter that caught Romero clean and sent him face first into the ropes before sliding down to the canvas.

Romero was able to beat the count and rise to his feet, but the referee did not like Romero’s response to his instructions and waived the fight off, giving Davis another highlight-reel knockout in a young career already filled to the brim with fight-ending shots.

“The crazy thing is I didn’t even throw that hard,” Davis said of the fight-ending punch, comparing it to Juan Manuel Marquez’s one-punch knockout of Manny Pacquiao in 2012. “I just threw it and he ran right into it. Thank God he’s good.”

The punch output from both men was likely lower than many expected coming into the fight. Both men — especially Romero — had trash-talked ahead of the clash and there was significant bad blood between the two.

Instead of an all-out slugfest, both men were very calculated in their approach, with Davis only landing 25 total punches to 22 landed for Romero.

Attention now turns to Davis’ future. The clash with Romero was initially scheduled for this past December when allegations of sexual assault against Romero caused him to pull out of the fight, with Davis instead facing Isaac Cruz. Now having dispatched of his rival, the door is open for some big potential fights for the WBA “regular” lightweight champion.

A fight with Ryan Garcia or the winner of the upcoming undisputed lightweight title fight between George Kambosos Jr. and Devin Haney could be in Davis’ future. Those big fights were acknowledged by Davis, though he refused to call out anyone by name.

CBS Sports was with you throughout the night in Brooklyn, so be sure to follow along with the live results and highlights below.

Despite the price increases, the joy of traveling has not been dampened