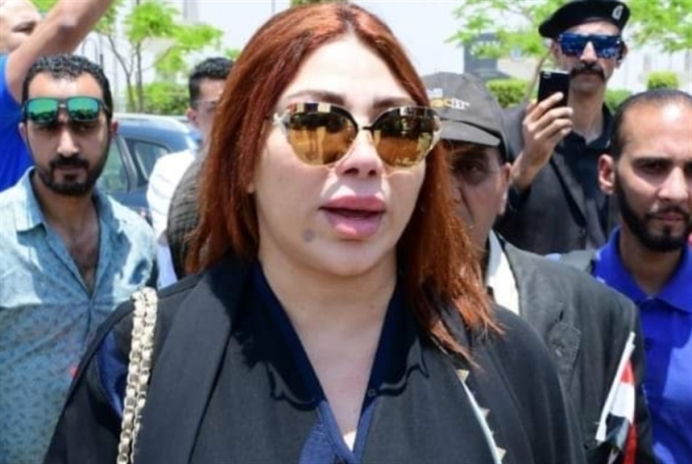 At the age of 85, the artist Samir Sabry passed away (1936-2022), leaving behind many works of art and humanitarian situations. The body of the late was buried yesterday in his last resting place in his family’s tombs in Al-Manara cemetery in the Shatby area in the central neighborhood of Alexandria, and a state of sadness pervaded his family and art stars who gathered to bid him farewell.

However, the veteran artist’s departure did not pass quietly, but actress Ghada Ibrahim provoked a crisis of statements that later caused her to be suspended from work. After the funeral ceremony for the deceased’s body was completed, the Egyptian actress started threatening against her colleague, actress Ilham Shaheen, without naming her, in addition to her attacking the media, Bossi Shalaby. A video spread of Ibrahim screaming at the top of her voice, accusing an Egyptian artist of preventing her from riding the bus that the “Acting Professions Syndicate” had allocated for those who wished from art stars to attend Sabri’s burial ceremony. Ibrahim uttered angry terms against her Egyptian colleague, deliberately pronouncing her name incorrectly to avoid legal accountability. The accusations against an Egyptian journalist who was on the same bus were also extended.
In this context, Ibrahim said in the video, “Someone does not know our Lord. They told us that the artists would get on the bus to say goodbye to Sabri. I am Alexandrian and my car was with me, but I preferred to go with the artists in one bus. When I tried to get on, one of them told me there were too many passengers and there was no room for you, but there was no one inside the bus. Ilham bint Suad… Ilham Shalaby, may God take revenge on her and Ilham bint Afaf.”
Ibrahim’s statement provoked a wave of anger against her, and exposed her to widespread criticism among her colleagues, who considered the funeral a sad occasion and did not allow such behavior. For its part, the “Acting Professions Syndicate”, headed by artist Ashraf Zaki, issued an “urgent decision to suspend the artist Ghada Ibrahim from work and refer her to investigation because of the offensive phrases she uttered against one of the artists at the funeral of the late Samir Sabry,” according to the union’s statement.

The government established the smallpox EOC center to raise the level of surveillance and screening of travelers from at-risk countries.