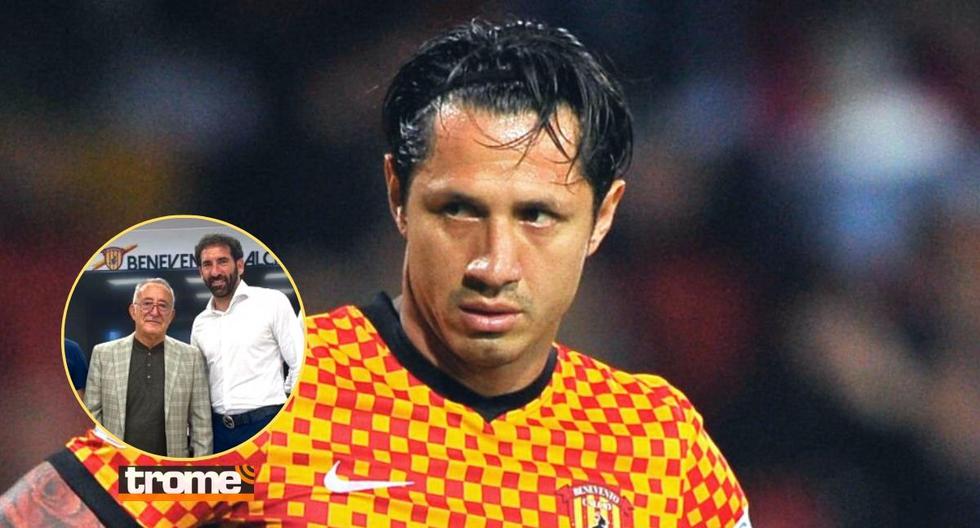 EXPLOSIVE. Gianluca Lapadula continues to generate movement in the Beneventoeven though now has his sights set on the playoff duel for him Qatar World Cup 2022. The ‘Bambino’ arrive today at Barcelonacon offers to play in Serie AMeanwhile in ‘The witch‘ undergoes radical changes in its structure.

It is known that the relationship Gianluca Lapadula with the club’s board is not the best and one of those who was confronted with the attacker was the president himself Oreste Vigorito. The boss of Benevento he harshly criticized him when the player ratified his intentions to be transferred.

“Lapadula? He is a very valuable player, we hope he remembers that he lives in Beneventowin in Benevento and eat in Benevento”said Vigorito putting a ‘pull on the ears’ to ‘Bambino’. Well, in the last hours the president announced that he is leaving office in the frame ‘Giallorossi ‘ surprising more than one.

Statements by the President of Benevento on Gianluca Lapadula

Benevento: President says goodbye to the club and DT would follow in his footsteps

“Nothing can erase the years lived, the memory and the love received by the city and the entire province, but the time has come to step aside, leaving the task of keeping the name of Benevento Calcio high to others.”, Vigorito said in a statement on the club’s official website.

According to the media, the non-promotion to the first division, the internal conflict with Gianluca Lapadula and personal issues forced him to make the decision. Vigorito will deliver the position to the mayor of the city, Clemente Mastella to be this one who registers the team in the next championship, until a successor is found.

But the director would not be the only one to leave, since several people in charge of sports management would follow him, in addition to the coach Fabio Caserta himself. “Caserta kicked Lapadula out of the team, lived in ‘war’ with him and failed to get promoted, so he will surely leave the position”noted the Ilsannioquotidian newspaper.

Gianluca Lapadula and advice he received to leave Benevento

Beyond thinking about qualifying for the 2022 World Cup, Gianluca Lapadula He must also define his future in Benevento, where he has a contract until June 2023. The attacker received advice from the also striker Francesco Tavanowho will play among other teams in Valencia and AS Roma.

“Lapadula is essential for his team, since he returned to the squad he has been making a difference practically alone: ​​due to the skills he has, in Serie B he is a wasted striker, he has to go to the top flight”Tavano wrote in his weekly column in the prestigious newspaper La Gazzetta dello Sport.

READ ALSO: ‘Goyo’ Bernales: the admiration of ‘Chemo’, Ruidíaz’s debt and his beginnings with Claudio Pizarro

The truth is that the ‘Bambino de los Andes’ could even define its continuity or departurebefore the playoff match on June 13.

The ‘Andean Bambino‘arrived at spainfrom Italy and after being received by the Peruvian press at the airport, El Prat, boarded a black car and with very few security measures, the player was able to be hugged by the Peruvian fans who arrived at the accommodation of the peruvian national team in the Hotel Hesperia.

The Italian-Peruvian striker acknowledged that he is in permanent contact with his teammates, including Christian Cueva. “He called me a few days ago, but I had the opportunity to answer him. Now I will embrace him and everyone, like everyone”, he told reporters who approached him upon arrival at the air terminal.

Your situation in Benevento is something that not only worries Peruvian fans, but also Ricardo Gareca thinking about the World Cup to be played in November. “Oh I can’t answer that. I only have the national team in mind at the moment. ¡Up Peru damn!”, he said enthusiastically.

videos that reinforce the rumor of their breakup