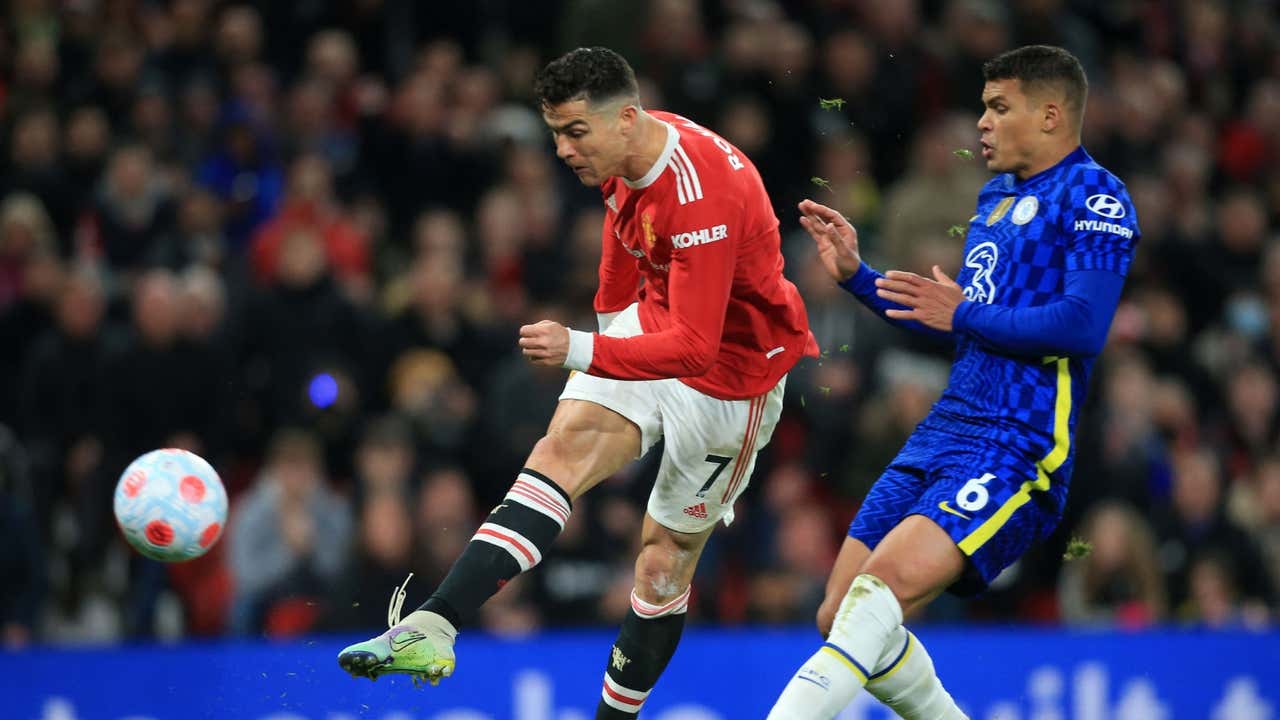 [골닷컴] Reporter Basion = Manchester United and Chelsea played the Premier League round 37 match of the 2021/22 season at Old Trafford on the 28th (local time). Chelsea put pressure on Alonso to take the lead, but Ronaldo immediately equalized. The match ended in a 1-1 draw, with Chelsea maintaining third place and Manchester United in sixth place with a three-point gap with Tottenham.

In the first half, both teams struggled in a direction with Chelsea more dominant. After a header from Fernandez was blocked, in the 12th minute, Ronaldo did not miss an opportunity from a corner kick and tried to shoot, but the Chelsea defense blocked it.

Main News | ” A collection of female celebrities who like soccer.zip””

Chelsea have also come under pressure from Manchester United. Rudiger, Havertz, and Kante put pressure on the defense step by step, but in the end, the attack was unsuccessful. Shortly after allowing United a term, Kante attempted a shot but headed straight for keeper De Gea.

Chelsea took advantage of the opportunity in midfield and continued the offensive. In the 26th minute of the first half, United allowed a counterattack. Kante ran quickly and attacked an empty gap in the defense. Havertz opened the door to Kante’s connection, but was bounced off the post. Havertz took another surprise opportunity in the first minute, but this time it was blocked by de Gea’s desperate save.

Chelsea ran the game with attack and pressure from midfield, but lacked decisiveness. In the end, the first half ended in a 0-0 draw for both teams despite the winning match.

Main News | “What is the love front of Tottenham players?”

Chelsea, who continued to press into the second half, eventually scored the first goal. In the 15th minute of the second half, James was the starting point and United’s defense collapsed, and Alonso, who was connected by Havertz, succeeded in scoring.

But Ronaldo didn’t even for a moment see Chelsea lead the way. Ronaldo, who received the ball from Matic, scored an equalizer in one minute and returned the score to the origin. Then, in the 32nd minute of the second half, Ronaldo unexpectedly broke through and tried to score an additional goal, but was blocked by Mendy.

In extra time in the second half, Mata’s counterattack seemed to make Ronaldo an extra goal, but it did not lead to a comeback goal. In the end, the match ended in a 1-1 draw.

The star Dora admitted boldly about the actor she wished to marry if he asked for her hand.. Her answer burned the heart of her friend, the artist.. Who is she?!