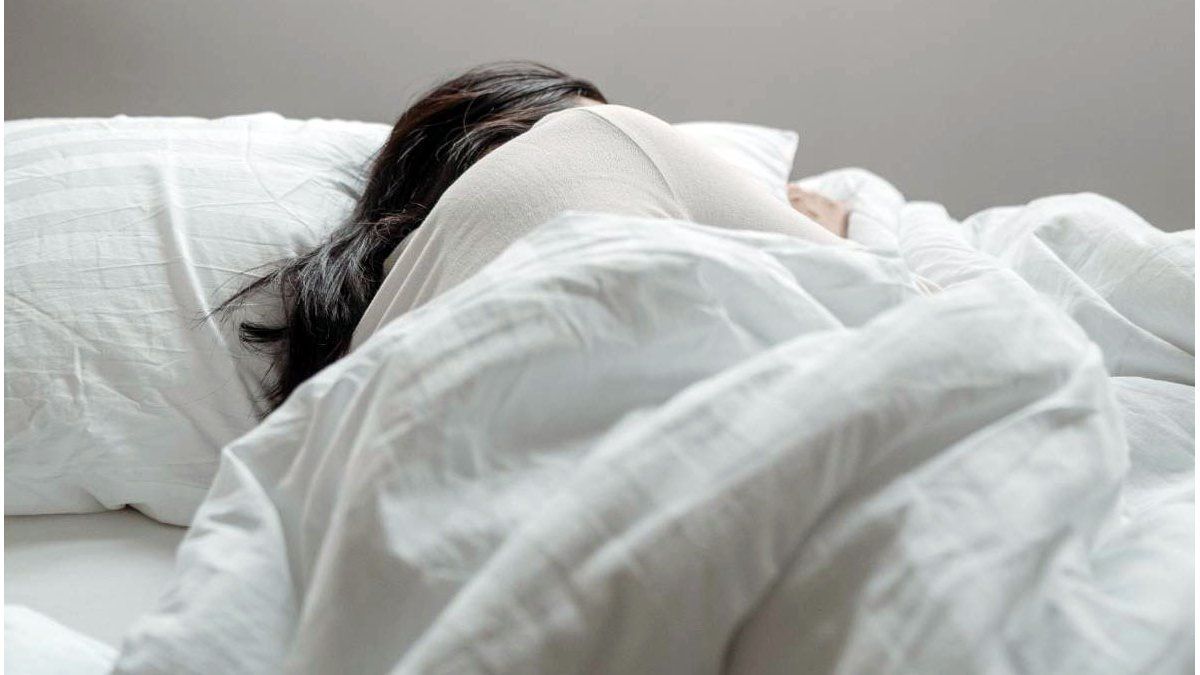 Faced with the seemingly insurmountable triumph of these conditions, specialists in Medicine of Sleep. Rara avis among professionals in Healththey carry a message that should be paid attention to, about the damage that we can apply to our body and our mind if we continue to underestimate the importance of a good and sufficient rest.

Disorders and the four phases

There are more than 80 sleeping disorders. The most common are related to the air and take oxygen from the brain and the rest of the body, such as the apnea (shortness or suspension of breathing) or the hypoventilation (insufficient breathing). The excessive snoring, too intense or loud should also be noted as a possible health problem. There are less frequent pathologies, such as insomnia, sleepwalking, night terrors, and nightmares.

According to a survey by the Argentine Association of Sleep Medicine, Before Covid-19, around 20% of the general population of the country already slept poorly, and the percentage rises to 50% in some specific groups, such as adolescents, taxi, bus and truck drivers, and people of lower socioeconomic levels. And all specialized studies conclude that the pandemic has only worsened the statistics.

The “architecture of sleep” studies the phases that must be respected for a good rest. There are four: N1 or superficial sleep; sleep N3 and N4, called deep sleep; and REM sleep (for its acronym in English: Rapid Eye Movements), with which we achieve the highest level of rest.

Insomnia: wakefulness does not let go

There are three medical specialties that deal with Sleep Medicine: psychiatry, pulmonology and neurology. Its specialists are grouped in the Argentine Association of Sleep Medicine. Eduardo Ruffa is a psychiatrist and president of the Sleep Medicine and Chronobiology Chapter of the Association of Argentine Psychiatrists. By far, he says, the most common disorder they work with is insomnia. “Approximately four out of 10 people will have a symptom of insomnia at some point, although not everyone who has them suffers from the disorder,” she clarifies, in dialogue with ONE.

Insomnia is multicausal and often accompanies other diagnoses, such as depression or anxiety. But Ruffa explains that we ourselves can induce insomnia if we do not give ourselves adequate sleep “hygiene”. “Most of us are not very clear about what things favor and do not favor good sleep. For example, not having a good routine or diet”, indica.

The specialist advises against falling into what he calls “perpetuating factors” of insomnia, that we usually use as compensation for a bad night. “The insomniac fell asleep at two or three in the morning and then he stays in bed longer: he gets up at 10 or 11 in the morning. That is going to cause him to have a bad night again ”, graphs Ruffa. And she also notices the inconvenience of long naps or excessive intake of stimulants such as mate, coffee, tea or sugary drinks.

Although we do not suffer from insomnia as a symptom or as a disorder, if we sleep little by choice we will have the same effects the next day. And, over the years, the matter can get serious. Luis Larrateguy is a Doctor of Medicine and a specialist in Pulmonology and Sleep Medicine by the Argentine Association. “There is a direct relationship between the number of hours dedicated to rest and that the sleep is healthy and of quality,” he remarks.

“Deprivation”, as the word says, consists of depriving yourself of sleep, but not because you suffer from insomnia but by your own decision or due to conditions that do not depend on us. “The human being must sleep a third of his life, of each day. If not, the consequences are severe. In the medium term, cognitive disorders begin to appear, such as loss of memory or concentration. In the long term, cardiovascular and cerebrovascular disorders appear, such as arterial hypertension, heart failure, cerebrovascular accidents and diabetes”, warns Larrateguy.

“The brain must rest. During the night it produces hormones that it will need during the day,” says pulmonologist Larrateguy in statements to UNO.

The nap that we often resort to to recover the hours we did not sleep at night does not work, Larrateguy clarifies. “The nap should be short, no more than 20 minutes. During it we do not make any hormonal production or substances for cognitive exchange. That is only done at night”, he emphasizes.

It is worth saying that not everyone who sleeps little decides. The doctor criticizes the work routines of some professions. “Rotary shift workers need long rotations, for example a full week. The regimens of 24 consecutive hours of work and 48 hours of rest do not work, ”she says. As an example, Larrateguy mentions studies that showed “important errors” on the part of doctors after 24-hour guards. The same is said about the security forces and drivers, like truckers.

READ MORE: How to fall asleep in times of pandemic

Self-medication is very common among people who suffer from sleep problems. The psychiatrist Ruffa says that when someone decides to consult, generally “he has already tried several things that he saw, read, that they commented on or that he was invited to.” After testing these instinctive and easy resources, although incorrect, it is normal to turn to a clinical doctor.

From the Argentine Association of Psychiatry, Ruffa states that for insomniacs, the Cognitive-Behavioral Therapy of insomnia. “This treatment includes sleep hygiene, psychoeducation and therapies such as bed time restriction or stimulus restriction,” enumerate. Only after all that, according to the specialist, can you think of a support drug, whether over-the-counter or not.

Secondly, Claudio Iriberry, member of the College of Pharmacists of Entre Ríos, confirms that self-medication in Argentina “is increasingly worrying” and “the number of patients” who go to the pharmacy in search of sleep medication is greater. “Lately, ‘over-the-counter’ medications (prescription but not professionally indicated) have been launched on the market aimed at regularizing sleep. They do not include the so-called psychoactive drugs such as Clonazepam, alprazolam, etc., which must be prescribed, indicated and monitored by the doctor,” he adds.

The annual average sales of sleep aids under medical prescription “changed sharply in the years of the pandemic,” they indicate from the pharmacies.

Asked about some natural products, Iriberry indicates that there are various pharmaceutical forms (capsules, tablets, drops, herbs) that contain substances of natural origin, such as Linden, Valerian, Passionaria, Toronjil, Melatonin, etc. “They have sedative, sleep-regulating, sleep-inducing properties,” he says, and warns that “it’s just a myth that being natural won’t do us any harm”

For his part, the psychiatrist Ruffa believes that these remedies “They don’t have enough evidence. They do not do bad, but they do not have scientific evidence”, mentions.

Finally, Iriberry insists that the incorrect use of these or any other medication can lead to unintended consequences. “It is important to consult your doctor and/or pharmacist if you have any questions. It is not convenient to take medications without professional indication and it is very important not to add or remove medications on your own”concludes the pharmacist.

Tips for a good sleep

The pulmonologist Larrateguy reviews the main recommendations to be followed by those who seek to sleep well. He mentions the convenience of wearing comfortable clothes and prescribes that it is advisable to avoid the consumption of beverages such as coffee, tea, chocolate or alcohol, at least six hours before going to rest. He also points to meals. “Ideally, they shouldn’t be heavy, and if there’s no alternative, they shouldn’t be eaten too close to bedtime,” he says. It is not good to resort to medications such as anxiolytics, muscle relaxants, or sleep inducers. Instead, the doctor proposes to take a bath.

Sport and physical activity promote good rest, but notes that “it is best to do it at least two or three hours before bedtime. Other healthy habits are “reading a book or listening to relaxing music before going to sleep”, while, on the contrary, “the brightness of the screen, whether it is the television, the computer or the cell phone, will only complicate things”.

Asked if there are good or bad postures for a good sleep, the pulmonologist is revealing. “The best position is the one that everyone finds comfortable. There is no one in particular.” Although he clarifies: “obviously if you are obese and sleep on your back, it will cause apnea for sure, here it is convenient to sleep on your side”.