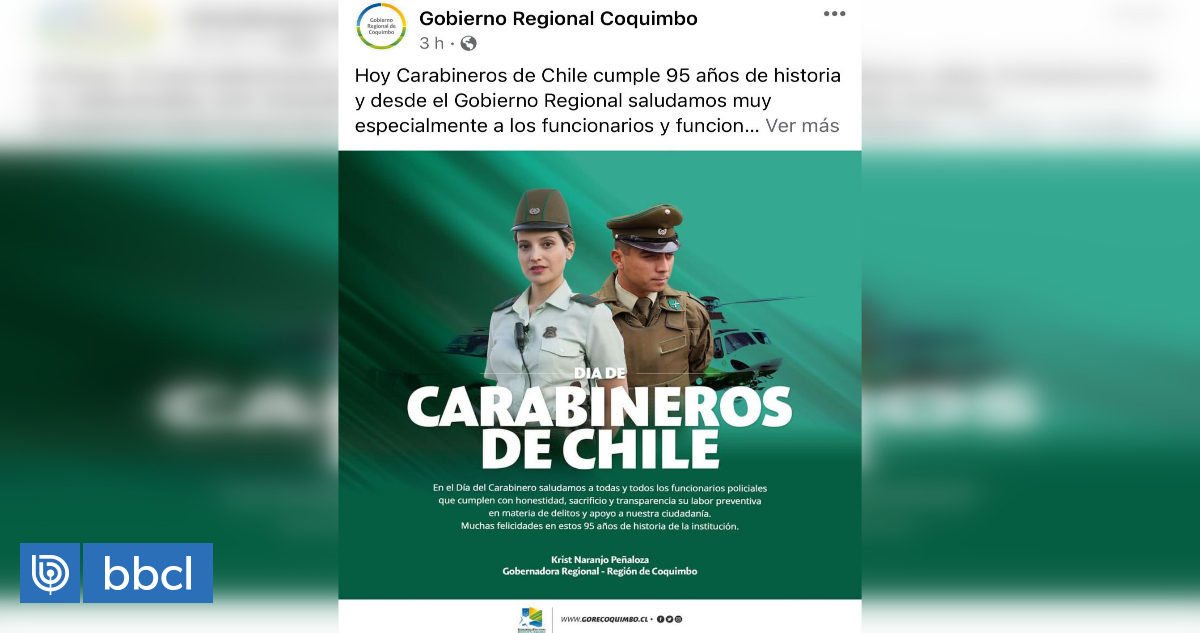 Controversy caused the use of an official account of the Regional Government of Coquimbo to respond to criticism from the UDI leader, for a greeting to Carabineros that included an image of the actress Daniela Palavecino.

An error in the greeting graph in the Carabineer’s Day, sparked a controversy on social media Coquimbo region.

It was a publication on Twitter, where the accounts of the Governor Krist Naranjo and that of the Regional Government, joined the greetings to the uniformed police for their anniversary.

However, the image they used had in the foreground the actress Daniela Palavecino with the clothing of the institution, which caught the attention of netizens.

Let’s remember that the influencer played Corporal Marisol Tapia in the TV series “Juana Brava” in 2015. And precisely, her clothing does not correspond to the official clothing of the Carabineros, since for the purposes of a TV series or movie it must be adapted.

However, apart from the mistake of including a fictional character in the graph, the issue escalated after the regional president of the UDI, Óscar Tapia, criticize the mistake.

“Unpresentable that @gorecoquimbo greets Carabineros with the image of a TV series character. Lack of respect for the institution and shows the lack of neatness of the team of La Gobernadora KN”, he tweeted.

unpresentable that @gorecoquimbo Say hello to Carabineros with the image of a TV series character. It disrespects the institution and demonstrates the lack of neatness of the team of Governor KN pic.twitter.com/6YXJfMU254

“It seems to us more “UNPRESENTABLE” that our Regional Government has lost $10 billion under the administration of the former mayor @lupipinto (UDI). A graphic error can be made by anyone, but the #PAPAYAGATE… Greetings!” they wrote.

Note that the legislation prohibits the use of institutional social networks in political activities.

In fact, the Comptroller has instructed that the institutional Twitter account of a public body must be used to serve institutional purposes or to publicize communications or events of general interest to the entire population about some relevant aspect of the work, activities or tasks that deal with its operation.

Álvaro Uribe: judge decides that the former president of Colombia must go to trial for a case of bribery of witnesses