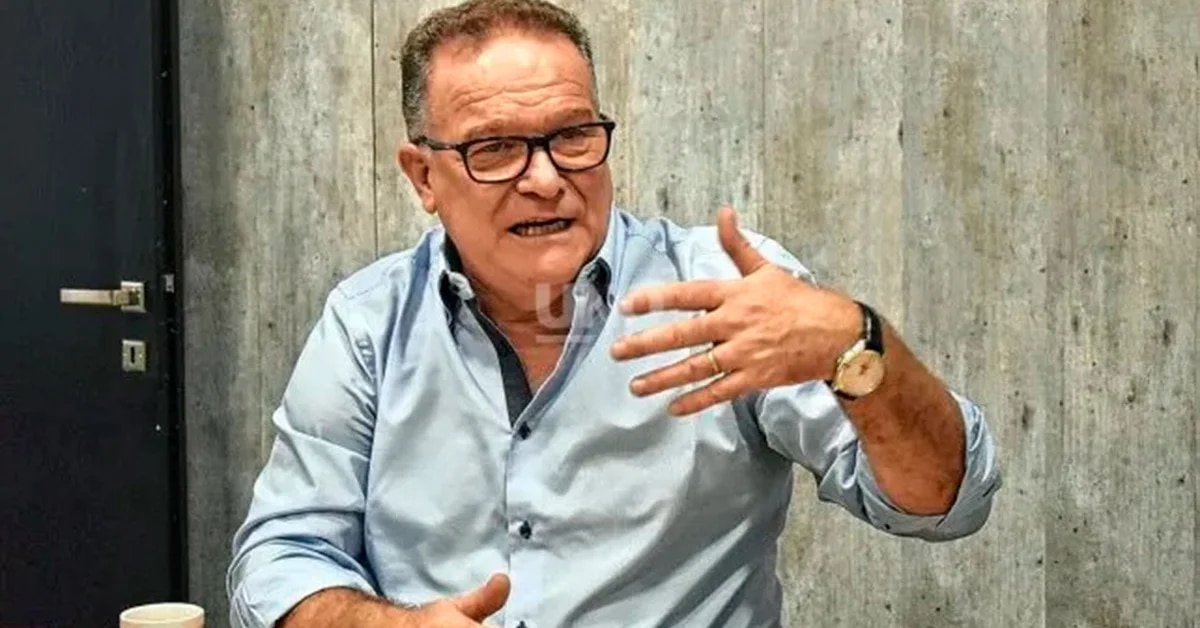 In the midst of the violence and insecurity that Rosario is going through, with 173 intentional homicides so far this year, the governor of Santa Fe Omar Perotti requested the resignation of the Minister of Security Jorge Lagna. will replace it Ruben Rimoldi, a retired commissioner general. The chief of police also resigns. Emilce Chimentiand in its place will be Miguel Olive.

The decision was officially communicated on Tuesday night by Marcos Corachthe Minister of Public Administration.

The determination that Lagna no longer serve was made public after an emergency meeting that Governor Perotti, the outgoing minister and the head of the Public Management portfolio had at the Rosario headquarters that the Government has.

“Basically, it is a matter of results and the minister (Lagna) defined that it was a completed cycle”explained Corach at a press conference from the door of the Interior, adding that the new holder of the portfolio will be asked for “a lot of work, planning and modifying what he believes according to his experience.”

Government sources told Infobae that the new Minister of Security will be the Casildense Rimoldi, 61 years old. It is a general commissioner who retired from activity in 2008after having passed through Road Safety, Intelligence and Criminal Investigation, Police Operations, Weapons and Explosives, and the Police Headquarters of the Caseros Department.

The retired police officer will be presented this Wednesday in an act headed by Governor Perotti, the details of which have not yet emerged. There he too will be commissioned Miguel Angel Olive as chief of the Santa Fe Police.

Oliva is 59 years old and retired from the Police as Director General. He was Police Chief of the Rosario Department from January 2015 until October of that same year. Previously, he had worked in Public Order, Investigations and Homicide.

Lagna had been harshly questioned on the morning of this Tuesday by the mayor Paul Javkin after several emblematic buildings –the Intendancy, the Cathedral, the Administrative Entity of Puerto Rosario, the Patio Market and the Governor’s Office– were painted by different groups of people who left the same message: “Lead and smoke, the business of killing”.

“The problem is that the federal and provincial forces are not on the streets, but not to prevent graffiti. Nor to prevent a shooting or a death “pointed out by suggesting that there was a supposed zone released to commit the acts of vandalism.

The graffiti were motivated by the repeated burning of pastures on the islands that are in front of Rosario, which left an intense smoke that floated over the city throughout Monday and part of this Tuesday, an issue that caused the extension of a criminal complaint from part of the environment minister Juan Cabandie before the federal court of Victoria.

The outgoing Minister of Security, according to sources close to him, was in full preparation to appear this Wednesday in the Santa Fe Legislaturewhere he was going to be consulted with an open agenda, but with an eye mainly on the critical situation that Rosario has due to crime rates, and also on the application of the Emergency Law that was sanctioned on December 29 of last year.

Even when the Governor cited Lagna as “urgent” for the meeting, the provincial official himself clarified via Whatsapp that he was not planning to resign.

While the meeting between the authorities was known at the headquarters of the Government of Rosario, in the Vía Honda neighborhood of the western zone of Rosario A shooting occurred in which a 20-year-old man was killed.. In the same shooting attack, a 13-year-old adolescent was injured –in the left leg– and a 40-year-old woman –received multiple hits–, who were transferred to Heca, where they remain hospitalized.

The mayor of Rosario requested the intervention of Justice for the burning of grasslands: “You cannot breathe”
A new shooting in Rosario left one dead and five injured