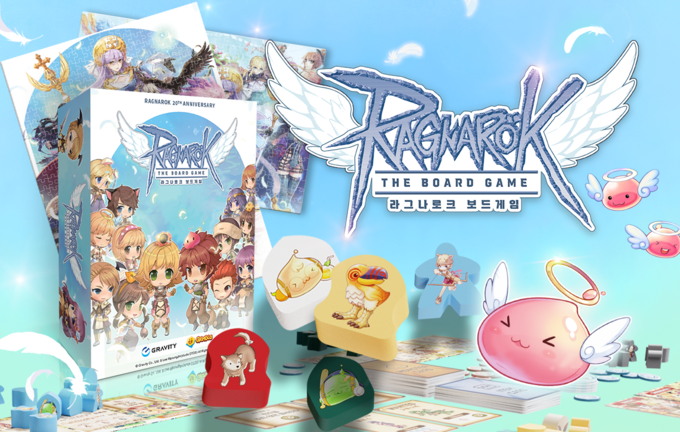 [FETV=최명진 기자] Gravity, together with Gemblo, a board game company, will conduct Wadiz funding for the 20th anniversary of Ragnarok and two types of jigsaw puzzles from August 11th.

This funding runs from August 11th to September 13th, and it consists of a total of 7 rewards according to taste, further expanding the range of choices for funding participants. In particular, reward set 1, which is a limited quantity, contains 2 pieces of Ragnarok board game, 300-piece jigsaw puzzle, and 500-piece jigsaw puzzle at a 26% discount, and 2 angeling acrylic markers are also provided free of charge. In addition, various types of funding rewards can be found at a discount of 20% or more.

The Ragnarok board game, created to commemorate the 20th anniversary of Ragnarok, is a game based on the die rolling system that earns points through the battle and growth of 6 occupations in Ragnarok. It is easy for anyone to enjoy by rolling a wooden horse like a dice to compete, and by making various elements of Ragnarok Online as components, Ragnarok’s unique sensibility is further enhanced.

The two Ragnarok jigsaw puzzles, which are being funded together with the Ragnarok board game, are divided into 300 and 500 pieces, respectively, and were made as a poster to commemorate the 20th anniversary of Ragnarok, adding to the value of collection and collection.

Gravity is holding 4 types of funding commemorative events to coincide with the opening of Wadiz Funding. First, if you participate within 24 hours of the funding opening, you can receive an angeling acrylic marker for free, which can be used as a starting player marker in a board game.