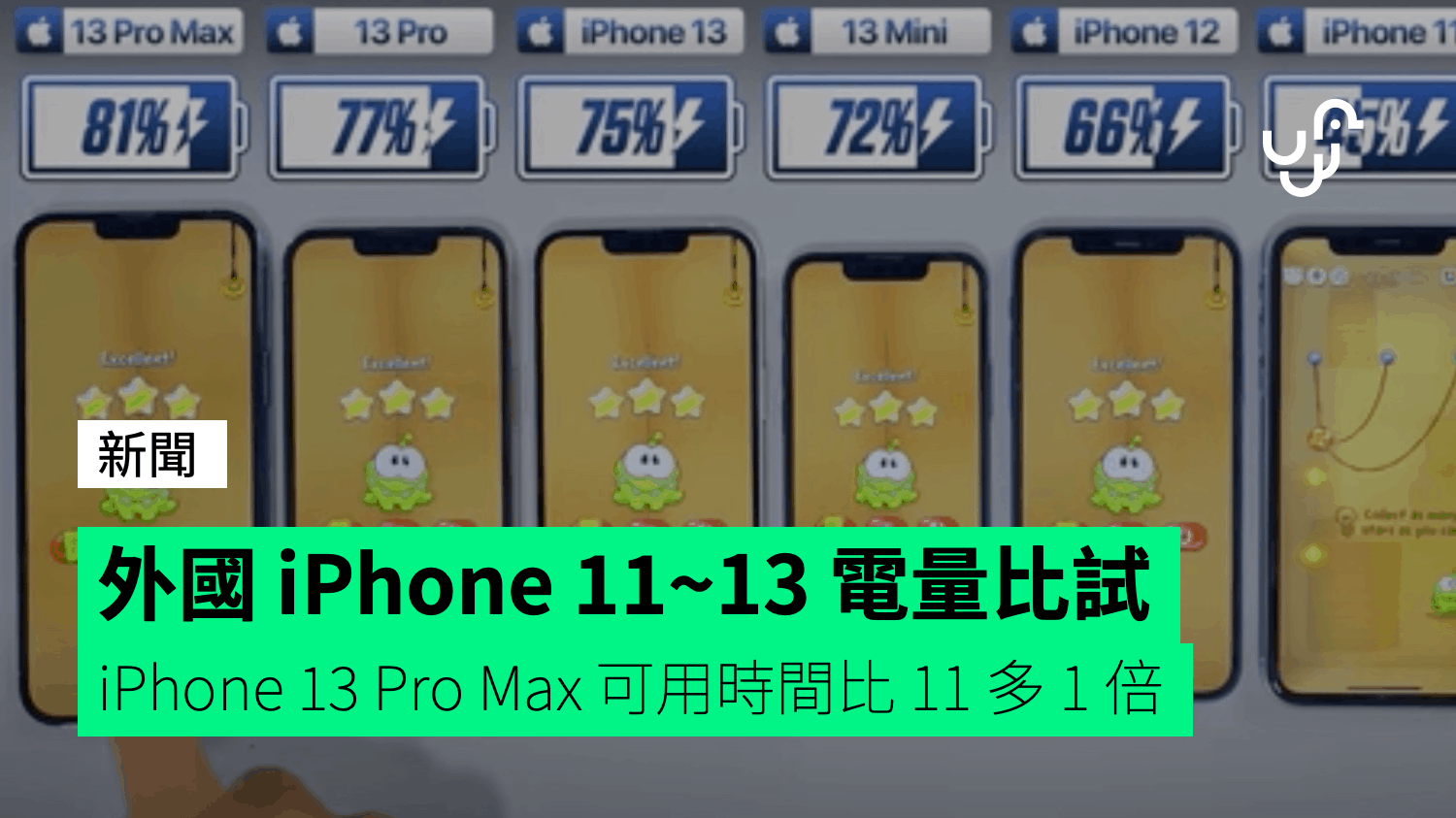 A foreign YouTuber compared the battery performance of the iPhone 13 series and other iPhone models currently on sale. It was found that when the phone was in operation for 2 and a half hours, the iPhone 11 had only 45% power, while the iPhone 13 Pro Max still had 81% power.

Foreign YouTuber Mrwhosetheboss published the latest video, comparing various iPhone models that are still on sale in Apple stores, including iPhone SE, iPhone 11, iPhone 12, iPhone 13 mini, iPhone 13, iPhone 13 Pro and iPhone 13 Pro Max. First, he showed that the battery health of all hosts is 100% to ensure the fairness of the experiment. Then he runs the same application on each iPhone, including watching IG, playing games, watching YouTube videos, etc., hoping to understand the power consumption of each host.

The following is the time required for the final battery consumption of each iPhone in the experiment: