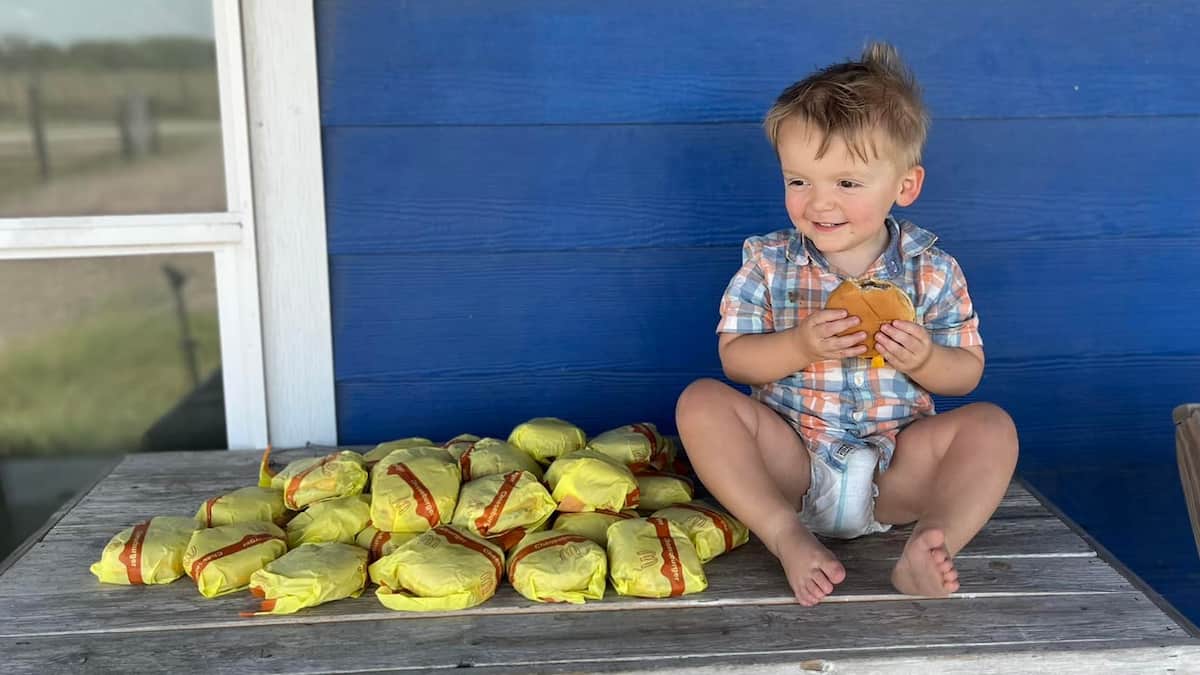 A mom received a surprise visit from a DoorDash delivery man who brought her 31 cheeseburgers she hadn’t ordered.

What she didn’t know, however, was that her two-year-old boy had been playing with his phone in the previous half hour and that HIM had ordered cheeseburgers, reports the Houston Chronicle.

At $1.89 for a cheeseburger, the resourceful youngster relieved his mother of about $60 with her order.

In the photo, the mischievous toddler can be seen posing proudly, burger in hand, alongside his cheesy artwork.

His mother, meanwhile, will be more cautious in the future.

“I guess I have to hide the app or something because DoorDash isn’t protected,” she told the TV station.

Natural methods may be unconventional for teeth whitening, such as pearls

The Lord of the Rings: Gollum reaffirms its fall release date