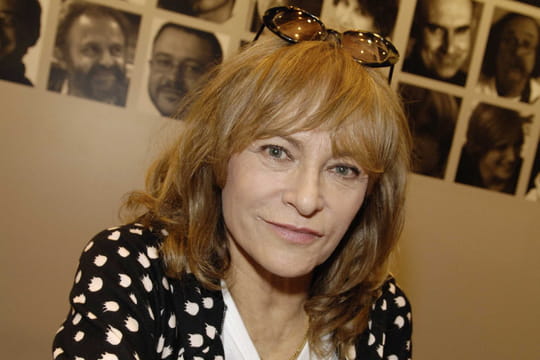 BIOGRAPHY OF NATHALIE DELON. The son of the actress, who died on January 21, 2021, looked back on the last months and days of Nathalie Delon before her death.

[Mis à jour le 28 janvier 2021 à 12h07] “I’m 78 years old, I had a blast and I don’t want to decay with chemo, watch myself die.” This is the way Nathalie Delon perceived her last months, after she was diagnosed in November 2019 with pancreatic cancer, revealed her son, Anthony Delon, in the columns of Paris Match on Thursday. The actress and former wife of Alain Delon died of this disease on January 21, 2021, at the age of 79. The couple’s son notably returned to his mother’s last moments, on the evening of January 20: “She felt it was the end. Yet she made the effort to stand up, to take an interest, making comments. Until the end she didn’t give up. “

Diagnosed in November 2019, Nathalie Delon has known since mid-December 2020 that her moments are numbered and decides to say goodbye to her loved ones. “We all celebrated Christmas together, a great Christmas, remembers Anthony Delon. She refused to celebrate New Year’s Day, she found it stupid to greet a year that she would not go through. And we saw the important people. . She or I, together sometimes. To warn them, say goodbye. ” The actress notably saw her former husband, Alain Delon, a few days before his death. “They parted as if they were going to meet again. ”The actor,“ very distressed ”, could not attend the funeral of his ex-wife at the church of Saint-Germain-des-Prés.

See Also:  'El Hormiguero': Jaime Lorente reveals that the success of 'La casa de papel' made him rethink being an actor

Nathalie Delon, born Francine Canovas, is a French actress born August 1, 1941 and died January 21, 2021 at the age of 79. She is showing in nearly thirty films, including a role in “The Samurai” by Jean-Pierre Melville, “Sex shop”, “The army of shadows” or “A faithful woman”. She then goes behind the camera and makes two films: “They call it an accident” and “Sweet lies”. She is the ex-wife of actor Alain Delon from 1964 to 1969, and the mother of actor Anthony Delon.

Nathalie Delon was born on August 1, 1941 in Oujda, Morocco. It then bears the name of Francine Canovas. Her father is a transport company manager in Morocco and abandons her at the age of eight months. She will grow up with her mother. Before meeting Alain Delon, Nathalie Delon married a conscript of the contingent, Guy Barthélémy. Together, they will have a daughter, Nathalie also, but their divorce will be pronounced shortly after her birth.

Alain Delon and Nathalie Delon were married from 1964 to 1969. Their meeting took place two years earlier, in 1962. The Cheetah actor was then in a relationship with Romy Schneider. The meeting will also be explosive, as Nathalie Delon recalls in the program Dim Dam Dom: “Would it bother you to get up a little bit, so that I can take my bag?”, He told him. she asked, to which the actor would have replied: “Take it, your bag, I have absolutely nothing to give a fuck.” This will not however prevent love from being born and the couple to marry only face to a priest and two witnesses before flying to live in the United States for a year.During these five years of marriage, the couple gave birth to a son, Anthony Delon.

If the interpreter of the Cheetah has left Romy Schneider for Nathalie Delon, their marriage will be tumultuous. They will spend nearly two years of their marriage separated, before the actor falls madly in love with Mireille Darc, which will definitely mark their breakup. However, and despite the years, the former spouses will remain linked. They had started dating again in 2015, in order to get to know their common granddaughters better, but an operation by Alain Delon in 2017 had allowed the ex-spouses to “really meet”, as reported Gala. Nathalie Delon had also been present with the French cinema giant during his stroke in June 2019. More recently, Anthony Delon posted on January 11, 2021 a photograph of his parents on social networks, with this caption: “Unswerving love , 53 years later “, implying that Alain Delon and his ex-wife were still close and accomplices years after their marriage and their divorce. This photo was posted on social networks just a week before Nathalie Delon died.

On the announcement of his death, Alain Delon said he was “very sad”, before giving himself up: “Nathalie was my first wife, and the only Madame Delon. We kept in constant contact, we saw each other often. I was part of her life, she was part of mine. ” Alain Delon also specified that Nathalie Delon was suffering from “pancreatic cancer”. And to confide: “It always hurts me a lot when those I have loved leave.”

Nathalie Delon had two children from two different marriages. A first wedding with Guy Barthélémy, a member of the contingent, gives him a daughter also named Nathalie. From his marriage to Alain Delon, will be born his son, Anthony Delon, also become an actor like his parents.

See Also:  From "mother" Li Huanying to "sister" An Ran, which characters have you been fanned by? -Chinanews

Nathalie Delon passed away on January 21, 2021, at the age of 79. The actress died of “rapid cancer”, as Anthony Delon told AFP. Her former husband, Alain Delon, meanwhile clarified that his ex-wife was killed by pancreatic cancer. The former wife of Alain Delon was “surrounded by his relatives” until his last breath, said his son.