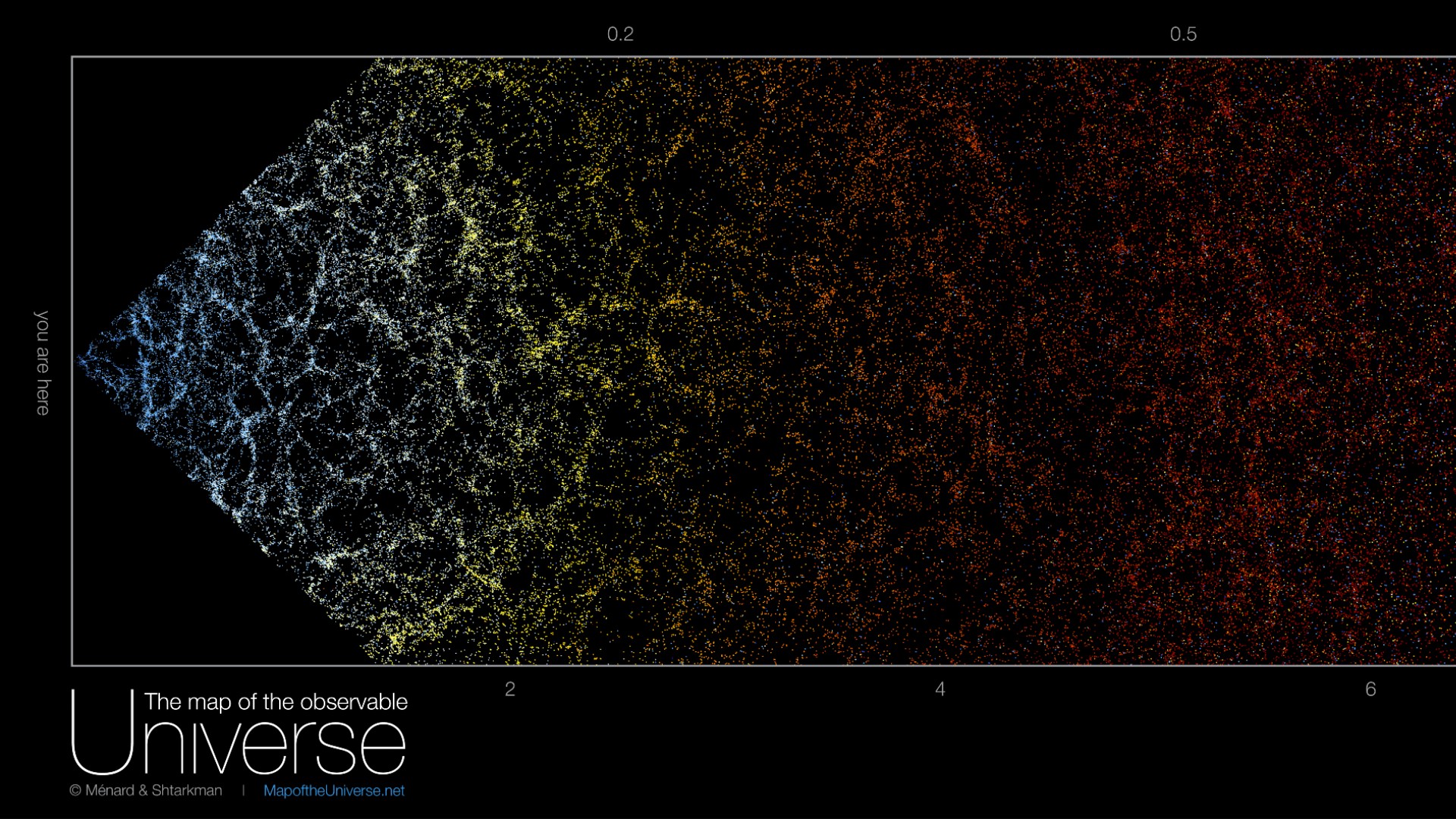 The website The Map of the Universe allows you to delve into the map of the known cosmos. Each point represents a galaxy and we thus go back 13.7 billion years… to the first moments of the Universe.

The Universe is 13.7 billion years old. And when we travel in space, we also travel a little in time. It is therefore by looking up into the sky, into deep space, that we can map the history of the Universe. This is how was born the interactive map The Map of the Universe.

Developed by scientists at Johns Hopkins University in the United States, it was designed from 15 years of use of a telescope in New Mexico, plus data from NASA. It’s a map of the observable Universe — that’s why it’s only a slice of the Universe, like it’s a slice of pizza. Besides, the total number of cosmological objects had to be reduced on the screen, because it is simply not possible to show them all at the same time on a 2D map – ” the image would be completely saturated with dots ».

Scroll through the Universe

Each point on the map is a galaxy. About 200,000 are shown and you have to imagine that each of them contains billions ofstars (and a large number of exoplanets). The dots change color as the map progresses: the expansion of the Universe changes the wavelength of light. The further back in time you go, the redder the objects appear.

The “Explore the map” section allows you to scroll in the Universe map. You begin the journey from our galaxy, the Milky Way. Then, the more you go back in the page, the more you go back in time and travel far in space. An indicator, on the left, shows you the number of billions of years that you travel. At the end of the race, you find yourself facing the first lights that astronomers have been able to capture. These are among the first moments after the Big Bang. This is the limit: we cannot see beyond it at present.

Find all our news concerning a galaxy

They develop the first virtual power plant in Puerto Rico