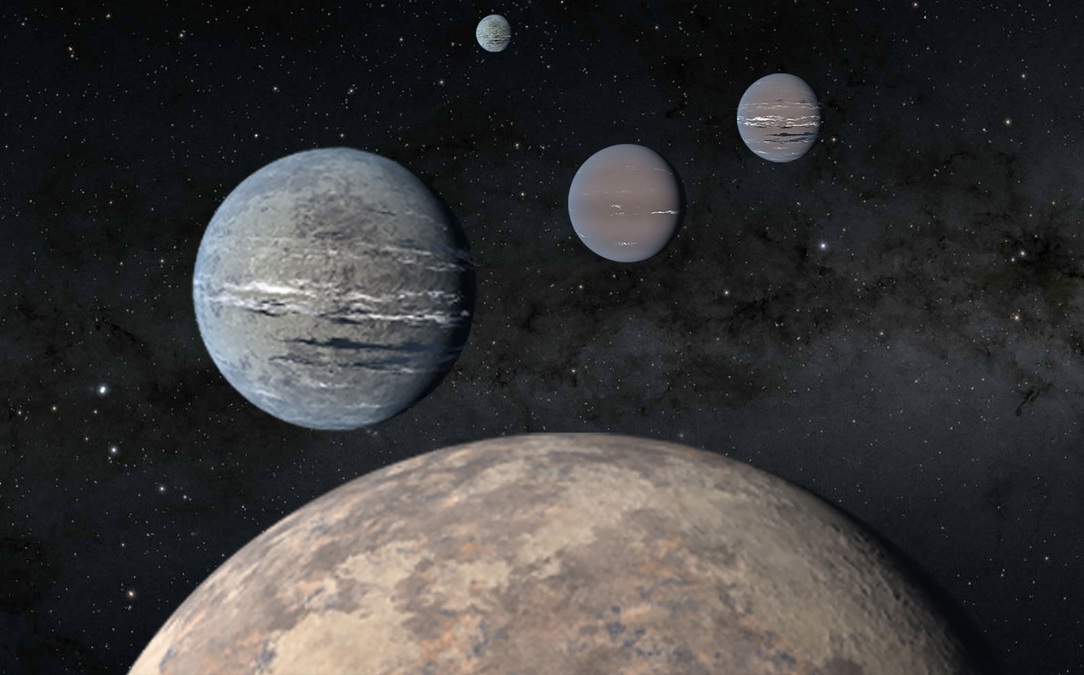 Kartik Pinglé, 16, and Jasmine Wright, 18, have co-authored a paper in The Astronomical Journal about him discovery of 4 new exoplanets 200 light years from our pane, which present characteristics similar to Neptune and Earth; being maybe the youngest people to make such a discovery.

American high school students participated in the research through the Research Student Mentor Program (SRMP) at the Harvard & Smithsonian Center for Astrophysics, which led by astrochemist Clara Sousa-Silva, the SRMP connects local high school students who are interested in research with real-world scientists at Harvard and MIT.

“It’s a steep learning curve,” says Sousa-Silva, but it’s worth it. “At the end of the program, students can say that they have done active and cutting-edge research in astrophysics.”

Pinglé and Wright’s particular achievement is rare. High school students rarely publish research, Sousa-Silva says. “Although that is one of the goals of the SRMP, it is very unusual for high school students to be co-authors of magazine articles.” They may be the youngest astronomers to make a discovery yet.

How did the young people discover the planets?

With the guidance of mentor Tansu Daylan, a postdoc at MIT’s Kavli Institute for Astrophysics and Space Research, the students studied and analyzed data from the Transit Exoplanet Study Satellite (TESS). TESS explores nearby bright stars with the ultimate goal of discovering new planets.

The team focused on TESS Object of Interest (TOI) 1233, a nearby bright star similar to the Sun. To sense whether the planets were orbiting the star, they zoomed in on the light from TOI-1233.

“We were looking to see changes in the light over time,” Pinglé explains. “The idea is that if the planet transits the star, or passes in front of it, [periódicamente] it would cover the star and diminish its brightness. “

To the team’s surprise, they discovered not one but four planets orbiting TOI-1233.

“I was very excited and very surprised,” says Wright. “We knew this was the goal of Daylan’s research, but finding a multiplanetary system and being part of the discovery team was really cool.”

Planets similar to the Solar System

Three of the planets are considered “subneptunes,” gaseous planets that are smaller, but similar to the Neptune in our own solar system. Each of them takes between 6 and 19.5 days to orbit TOI-1233.

The fourth planet is labeled a “super-Earth” because of its large size and rockiness; it orbits the star in just under four days.