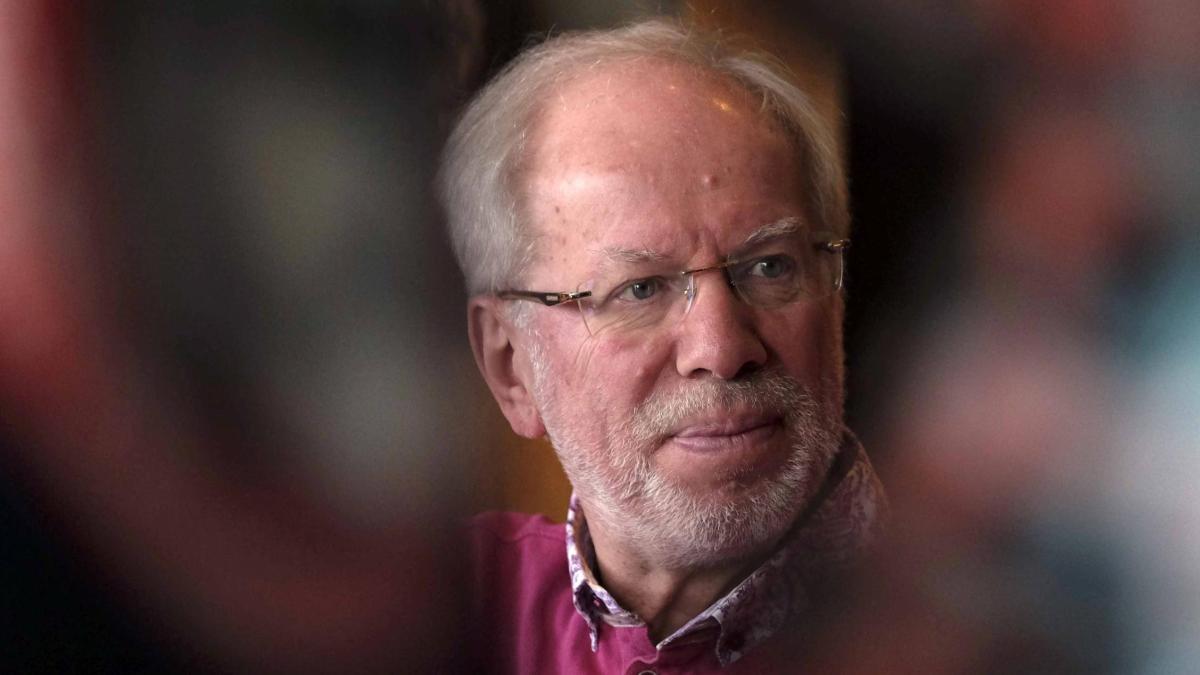 DThis time, Gidon Kremer is particularly grateful to a rather elderly lady, whom he likes to give a rough hand to, but who remains loyal to him: his Nicolò Amati violin from 1641.

She, he says, made it possible “despite her age to give the tones heard by Weinberg and made to ring by us together with such a magnificent and colorful tension and to hold on to it”.

And with that the next keyword is set: Vineyard, Mieczysław Weinberg. Gidon Kremer, the Jewish star violinist of Latvian-German origin from Riga, who has long been at home in the world, he dedicated a new CD to him for his own 75th birthday on February 27th.

Weinberg, the Jewish-Polish composer born in Warsaw in 1916 who had to seek protection from the German Nazis in Stalin’s Russia and befriended Dmitri Shostakovich. He died in 1996 without the world really recognizing his status as an independent composer.

Gidon Kremer, keen on discovery throughout his artistic life, was one of the first to champion Weinberg’s large, varied and spectacular oeuvre. Even before this, thanks to the scenic premiere of his deeply touching Auschwitz opera “The Passenger” was finally rediscovered with a bang at the Bregenz Festival under Teodor Currentzis in 2010.

Although none of the three Berlin opera houses have taken note of this exceptional work, Weinberg suddenly appeared more regularly in the repertoire: with other operas, symphonies and concerts, chamber music, songs.

Nothing new for Gidon Kremer. Even with the most well-known romantics, he has made neglected socially acceptable through constant play. Schubert’s little violin pieces, for example, or the Schumann violin concerto, which is still underexposed.

He was a musical lawyer for his friends Alfred Schnittke, Sofia Gubaidulina, Valenti Silvestrov, Giya Kanscheli and Arvo Pärt, and also for him, who died in 1966 Arthur Lourie. He dealt with the minimal music of Philip Glass and John Adams, but also with the tangos of Astor Piazzolla, especially in the 1990s.

Teufelsgeiger in the “Spring Symphony”

He was able to implement projects that were close to his heart, almost completely free from the constraints of the music business at the two institutions he founded. A year after he had not returned to the Soviet Union in 1980, Kremer initiated the quickly famous chamber music festival in the Burgenland Lockenhaus, where it is still so democratic that the program sequence of the concerts is only announced on a chalkboard in the morning. In 1997 the string orchestra Kremerata Baltica followed with young musicians from the Baltic States and a repertoire often originating from this region.

The David Oistrakh student was never one who only wanted to play beautifully, although he also played and recorded Paganini concerts with Riccardo Muti (he even embodied the devil’s violinist in Peter Schamoni’s 1983 biopic of Schumann’s “Spring Symphony”). His tone was rough and scratchy early on, often aggressively shrill, but intense, spellbinding, exciting and communicative.

To this day, Gidon Kremer is a wonderful communicator who immediately takes his audience on many an exciting journey into unknown worlds of sound. That’s why, despite his individual, surprising path, he was always right in the middle of the classical music scene. Which he criticized, but which he always knew how to use.

Now he is dedicating himself to the three solo sonatas by Mieczysław Weinberg at ECM, where they have been loyal to him in his scouts for decades. They were composed between 1964 and 1979 and naturally – like similar works by Reger, Ysaÿe, Bartók or Zimmermann – are related to the six solo sonatas and partitas of Johann Sebastian Bach.

The chaconne from Bach’s second partita also occupies a wide range of quotations in the “passenger”. In the solo sonatas, Weinberg treats the almost sacred original model in a more abstract, rigid, tender and playful manner. Instead of using tempo markings or dance styles like Bach, he titled the seven movements of his second sonata “Monody, Pauses, Intervals, Replies, Accompaniment, Invocation, Syncopation”.

A sonorous experiment with abstract, also melancholic traits. That Gidon Kremer demands everything, but where he redeems everything. Aggressive, brilliant, spirited, while naked and bare. There is no jubilee hiding behind laurels and ribbons.

Gidon Kremer, who went his way as an interpreter just as dazzlingly polystylistically as Mieczysław Weinbergs composed, is once more about music, about feeling, about radical directness. For truthfulness. You hear it in every note.

Especially in these warlike days, it allows one to feel the power of art in Kremer’s believing dialogue with himself and his venerable Amati violin. Because here an “a person” plays and speaks, someone who has also had his experiences with the Soviet Russians and experienced restrictions.

And who, precisely for this reason, continues to strive to shed light on those works and composers that have been badly damaged in this system. But their artistic voices could not be permanently silenced.

Former prisoner killed his aunt, grandmother and cousin in Nuevo León, he was already captured

Fifa’s first sanctions are not unanimous