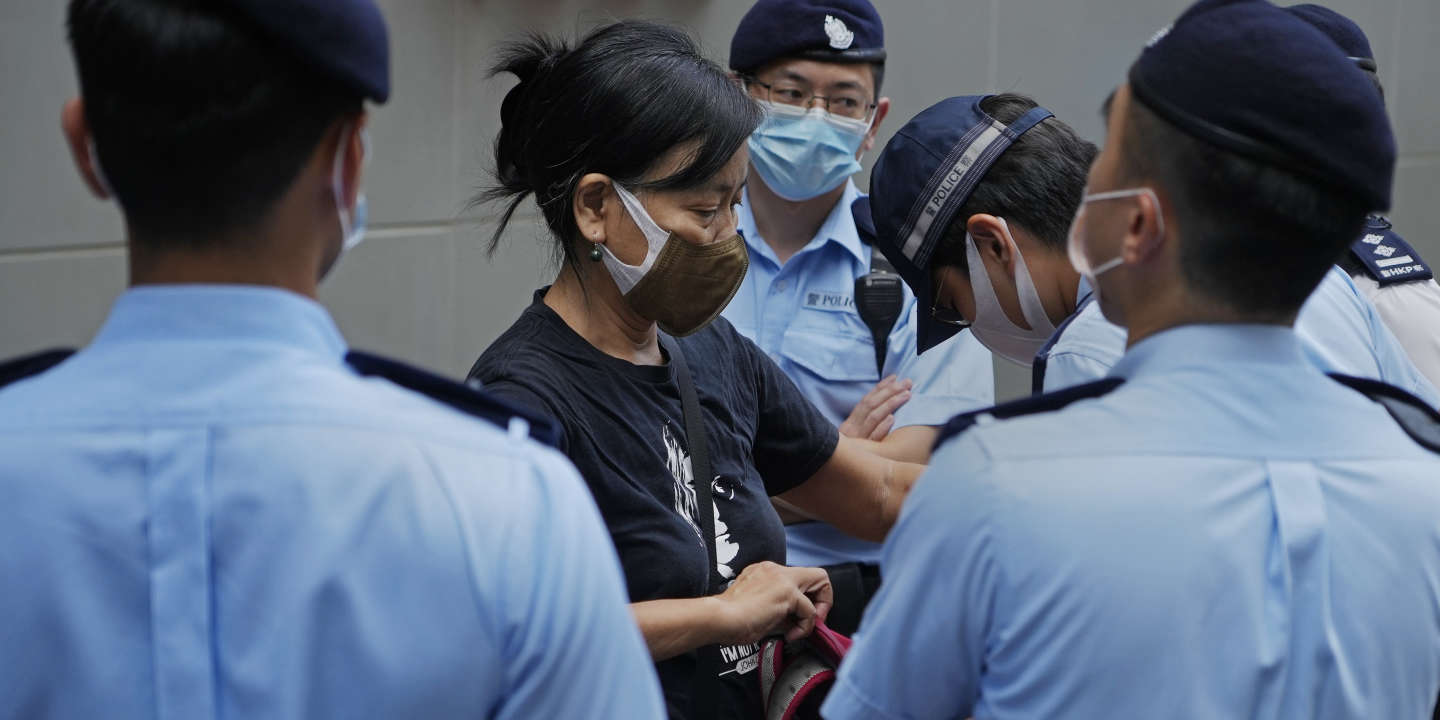 Hong Kong’s political elite appoints a powerful committee on Sunday, September 19 that will choose the city’s next leader and nearly half of the legislature, under a new system “Reserved for patriots” imposed by Beijing.

“This is an important election although the number of people who can participate is not high”current Hong Kong leader Carrie Lam told reporters. She added that the new system would ensure that “Anti-Chinese troublemakers” could no longer “Obstruct” to the government.

Article reserved for our subscribers Read also In Hong Kong, district councilors must take an oath to prove their “patriotism”

Some 4,800 Hong Kong people are allowed to vote to choose the electoral committee, equivalent to 0.6% of the city’s 7.5 million inhabitants, and less than the 6,000 police officers deployed to ensure that it is elected. there is no demonstration or disturbance during the vote. In 2016, before the reform, around 233,000 Hong Kongers were able to vote.

At stake, the choice of the next leader

The vast majority of the 1,500 seats affected by Sunday’s ballot will be installed automatically or chosen by special interest groups, and only 364 seats are actually to be filled by voting.

This is the first ballot under a new system where all people running for public office must be checked for political loyalty and clearance not to pose a threat. for national security.

In December, that committee will nominate 40 of the 90 seats on the city’s Legislative Council – 30 will be chosen by special interest groups and only 20 will be directly elected.

The following year, he will choose the next ruler of Hong Kong, approved by China. Beijing claims that the new political system is more representative and that it will prevent elements «Antichinois» do not come to power.

Its detractors, on the contrary, claim that it leaves no room for the pro-democratic opposition, and that it makes Hong Kong a mirror of authoritarian mainland China led by the Communist Party.

Article reserved for our subscribers Read also “Between June 2020 and summer 2021, all the freedoms that were unique to Hong Kong have been removed”

“Puppets under the control of Beijing”

“Hong Kong people are completely cut off from electoral operations”Nathan Law, a prominent Democratic leader who fled to Britain last year, told Agence France-Presse (AFP). “All the candidates for the elections will become spectacle puppets under the full control of Beijing, without any significant competition”, he added.

Ted Hui, a former lawmaker who moved to Australia, felt that Hong Kong’s political system was now “A stamping game completely controlled by Beijing”. “It’s more than a managed democracy. It’s an autocracy that tries to pretend to be civilized ”, he commented to AFP.

China had promised that Hong Kong would retain its main freedoms and autonomy for fifty years after its surrender by the United Kingdom in 1997. But Beijing began to tighten its grip on the city following the 2019 protests.

Chinese leaders were also stung by the landslide victory of pro-democracy candidates in the same year in the district council elections – the only civil service positions in Hong Kong fully selected by universal suffrage.

Besides the new political system, China also imposed a broad national security law that criminalized much of dissent.

Numerous opposition figures have been jailed, dozens of pro-democracy groups, including the city’s most popular newspaper, have been shut down and tens of thousands of Hong Kongers have gone abroad. Others have been disqualified because of their political views.

Article reserved for our subscribers Read also “It looks like a new cultural revolution”: in Hong Kong, censorship goes beyond fiction