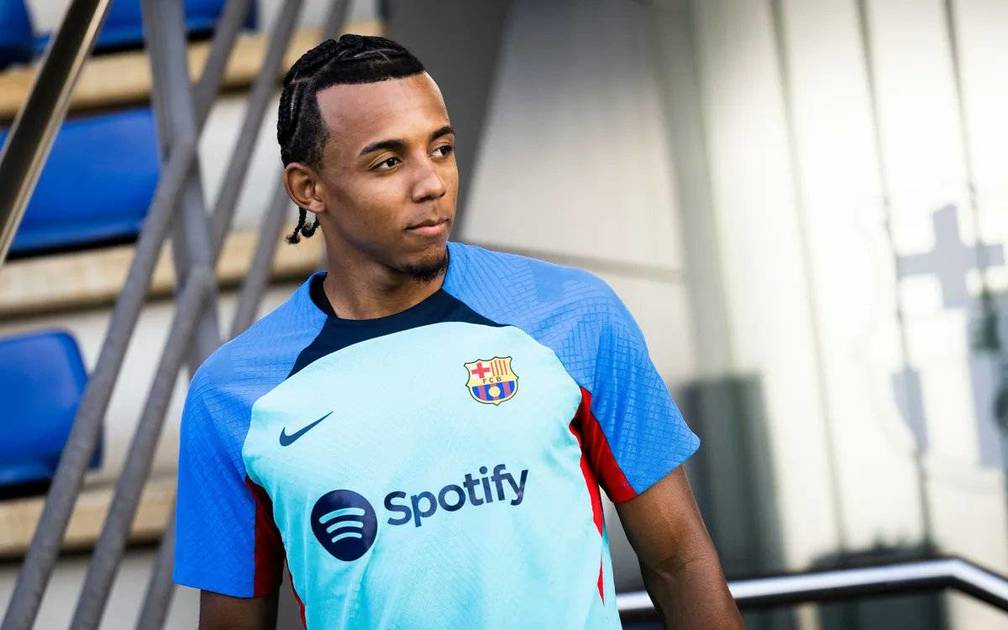 French international defender Jules Conde expressed his happiness at moving to Barcelona, ​​where he is entering a “new phase in my career at all levels”, according to what was reported by the Catalan club television.
Conde said the day after the conclusion of his transfer to Barcelona from the local opponent Seville, that he was “proud and at the same time eager to reach a great club … Barcelona is a new stage in my career at all levels.”
Subsequently, Barcelona announced in a statement that the official signing of the contract will take place on Monday at the Joan Gamper Training Center, and it will be for a period of five years, with a fictional penalty clause for its termination of up to one billion euros.
And the 23-year-old revealed that the Catalan coach, Xavi Hernandez, “played a big role in my arrival here. We talked to each other several times. I really liked his talk, the discussions were very smooth and we have the same view of football.”
“I hope to give my best and get as much time as possible on the pitch so that I can play a key role at this club,” he added.
According to Spanish media, the value of the deal amounts to about 50 million euros, in addition to 10 million in bonuses.
It seemed that an imminent agreement occurred between Seville and Chelsea regarding the transfer of the player at the end of last week, but the Spanish press revealed the decisive role of Xavi in ​​convincing the Frenchman of the Catalan club project, in addition to the latter’s desire to join his ranks.
Conde, 23, is currently recovering from an operation he underwent due to an injury to his left thigh.
Despite the financial crisis he is going through, which forced him last season to separate from Argentine star Lionel Messi in favor of Paris Saint-Germain, Barcelona is one of the most active teams in the summer transfer market, having previously included Ivory Coast Franck Kissier (AC Milan) and Andreas Christensen ( Chelsea) free of charge due to the expiration of their contracts with their two teams, and the Brazilian Rafinha (Leeds United, England) and the Polish Robert Lewandowski (Bayern Munich, Germany), who cost him 70 and 50 million euros, respectively.