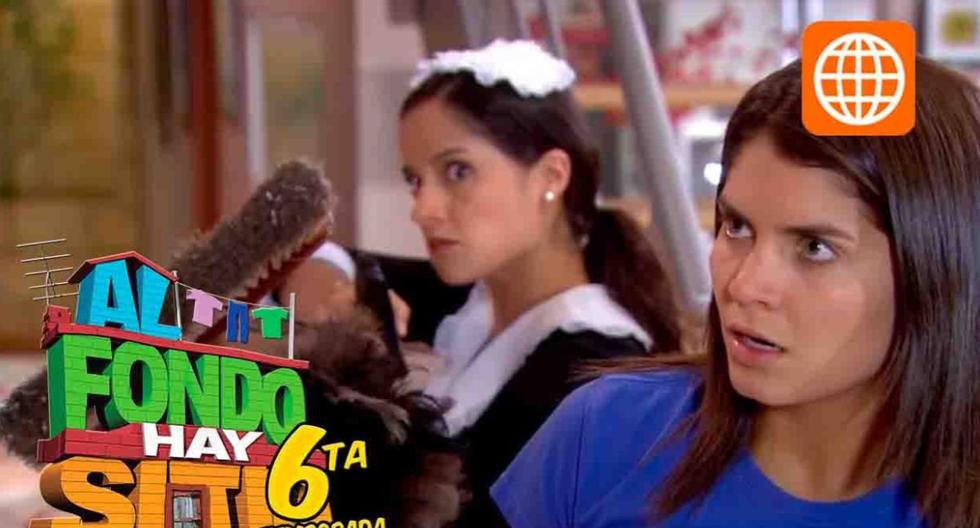 After having transpired that “Back to the neighborhood”Would come to an end in 2021, many followers of the successful series, which has been broadcast since May 2017, cannot believe that they would no longer see their characters from the San José neighborhood. Although the news has not yet been confirmed, it was mentioned that the actors would have been informed of such a decision in order to make their forecasts at the labor level.

MORE INFORMATION: What other productions has the actor Pedrito from DVAB participated in?

As it is recalled, this television program, which is currently in its fourth installment, had to delay its premiere last year due to the pandemic, which is why it premiered at the end of September 2020. As a result of the danger from the contagion of the coronavirus, ceased to be set in the seventies to make way for current times.

As a result of the great reception it has and we still do not know what will finally happen to it, we will tell you what other successful Peruvian series came to an end and in what season. So pay close attention.

MORE INFORMATION: When Professor Rocha’s actor from “Back to the Neighborhood” imitated Rafhael in “I am”

“IN THE BACKGROUND THERE IS SITE”

AFHS is a series that was produced by Efraín Aguilar for América Televisión, which premiered on March 30, 2009 and ended on December 5, 2016. The plot tells of the rivalry between two families of totally opposite social, economic and cultural classes, and the role that both play in Lima society.

“At the bottom there is site” had a total of eight seasons, but it came to an end despite having high levels of tuning. Why? In mid-2016, due to logistical problems and the move of the América TV studios to the Pachacamac district, the producer made such a decision. because he considered that the cost of moving the recording set to the new location was too expensive.

MORE INFORMATION: Actors of “Thousand trades” who were also in “At the bottom there is a site”

“A thousand trades” it has been one of the most successful programs in the history of Peruvian television. It was produced by Efraín Aguilar between 2001 and 2004 by Panamericana Televisión and for a long time it was the most watched primetime series based on the occurrences woven day by day in the San Efraín neighborhood.

The series ran for four seasons and in the fourth installment, the management was under the command of Adolfo Chuiman, who decided to continue creating new characters, but they had the difficult task of competing with several of his former colleagues and Efraín Aguilar in the series “Así es la Vida.” However, she did not achieve the success that she had had and they decided to have the producer Guillermo Guille to save her and they changed their schedule, noticing that their rating recovered a bit, they decided to return to their usual schedule, ending up burying her. In the end it was canceled by the directors of the channel.

It had five seasons. The fifth installment ended with the death of Ricardo Mendoza in jail and with Lorenzo and Wendy married and became parents of their twins.