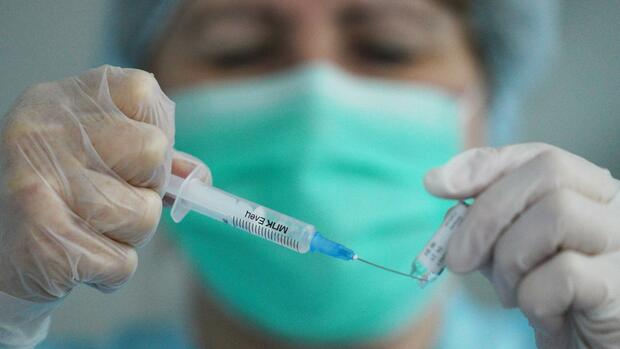 Arrogance comes before the fall is a well-known and often confirmed saying. But in the corona crisis, one should not necessarily accuse Bavarian Prime Minister Markus Söder or Austria’s Chancellor Sebastian Kurz, who has already been criticized as “Alpine Orbán”, with arrogance. Your constant announcements, promises, changes of course are more like populism.

But even populism sometimes comes before the fall, as the political crash of many a former charismatic state leader shows.

If you check the research promises made by Söder and Kurz to see if they will be implemented, you quickly end up with “Sputnik V”. The two had announced the use of the Russian vaccine against Corona in a cocky and full-bodied manner. Has happened – nothing.

Because: You just have to believe in Russia, goes a Russian proverb. And those who know the country better know that this does not include being able to really rely on it. That is why even after the collapse of communism, what Lenin once instilled in his compatriots is still true today: trust is good, control is better.

Lenin knew his people and the Potemkin villages, which middle batches built their bosses to dazzle. To this day, Count Potemkin’s successors hammer the ancestors of Tsarina Katarina together, behind which only empty promises lurk.

Empty promises with the vaccine

Sputnik V is another example. The Moscow vaccine was touted globally with great pomp and as the “first approved corona vaccine worldwide”. Russia as savior was thus insinuated. But to this day, the vaccine, named after the first Soviet satellite, has not passed the review by the European Medicines Agency Ema.

And from countries that have ordered Sputnik V, there are two main complaints: Russia is not delivering as many cans as promised. And the means delivered did not keep what the declarations promised or described when checked.

Russia is a world power industrially. It has good researchers, experienced engineers, gigantic reserves of raw materials – but also what is called “Chalatnost” in Russian: a Moscow mixture of irresponsibility, empty promises and chutzpah.

Anyone who, like Söder and Kurz, relies on help from Russia is relied on. Or unmasked as a populist.

European politicians should stop building Potemkin villages even with Sputnik V. The pandemic is too serious for that.