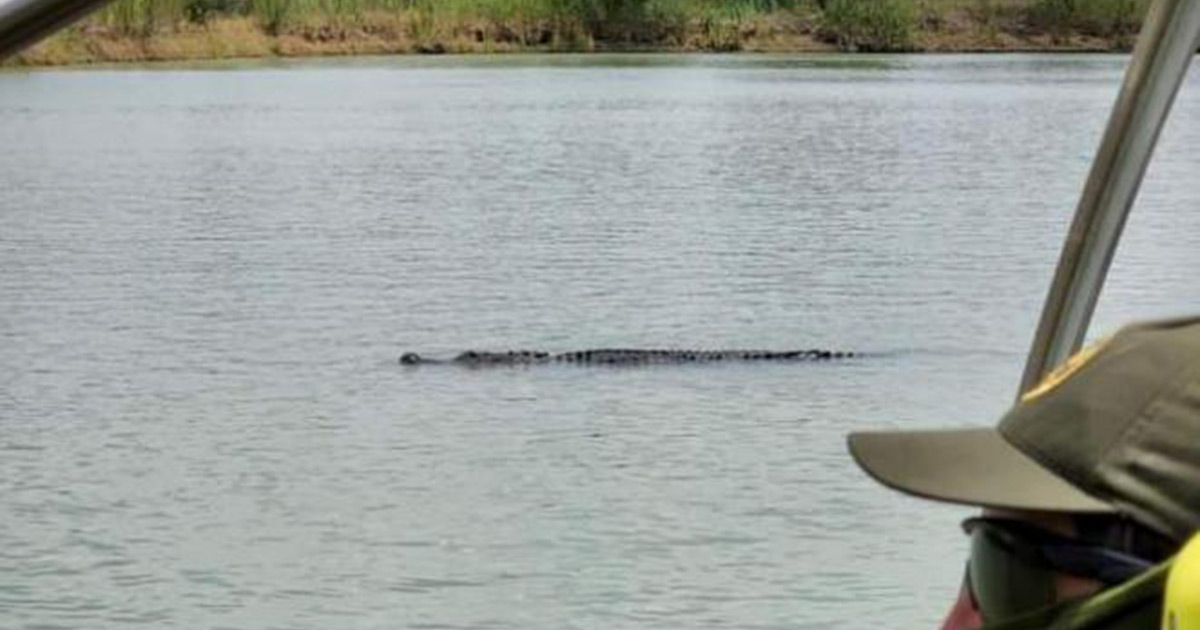 Los migrants who try to cross into the United States through the Rio Grande, through Piedras Negras and Acuña, Coahuila, now face a new danger, it is a huge lizard that has been captured in the area.

Every day a significant number of people cross illegally into the territory of the United States, animals would be one more obstacle to prevent the arrival of migrants.

Due to the above, some suspect that the reptiles have been taken to the river with the intention of preventing migrants from continuing to cross en masse through the turbulent waters.

They were agents of Border Patrol who observed a crocodile in the waters of the Rio Grande, between Eagle Pass and Del Rio, in Texas, United States, and on the Mexican side of Acuña and Piedras Negras, Coahuila.

The moment was captured in a photograph where the reptile can be seen walking near the boat in which the agents travel.

Animal News: Subject jumps over fence and attacks crocodiles; ‘I am your king, I am Cuauhtémoc Blanco’, he tells them

Although these animals are not native to this region, it is believed that they arrived and adapted to the conditions of the river, although these reptiles prefer isolated and deep areas.

Alligators have also been seen near international bridges in Eagle Pass, Texas.

The border patrol and various citizens have reported the sighting of these animals and have captured them in photographs and videos.

Authorities have not reported crocodile attacks on people between Eagle Pass and Piedras Negras or Del Río and Acuña,

See also  Jemappes: a 19-year-old dies in a road accident

The appearance of crocodiles puts at risk the recovery of the bodies of migrants who drown.

In 2019, a video was released showing a lizard in the river from International Bridge 1 in the territory of Eagle Pass, that was the first sighting, so the authorities had to put up caution signs .

Animal News: They rescue a crocodile in the Ecatepec patio, it was a neighbor’s pet

McDonald’s turns its back on Russia +++ Kremlin has lost a third of its troops, according to MI6.