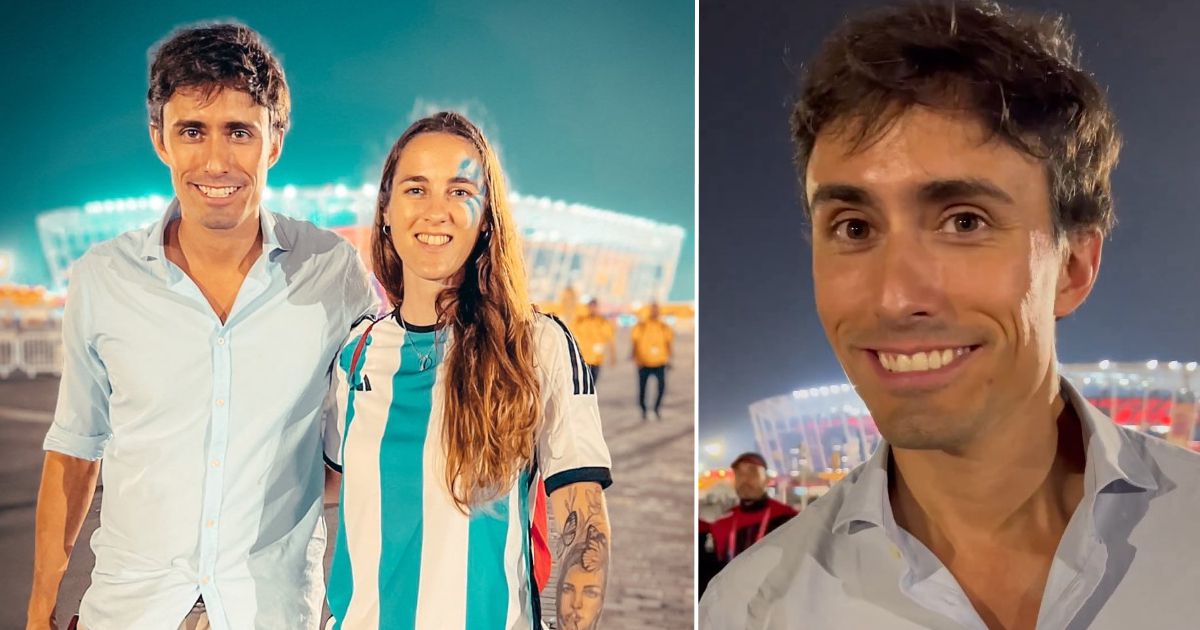 After it went viral the bold compliment that an Argentine fan sent to the journalist Roberto Coxduring a live dispatch, the young woman assured that she will see him again and hopes to take him to travel the world.

“I was bullshitting him for half an hour, telling him about everything, about the Chilean Brad Pitt… and he always respectfully told me absolutely nothing,” Florencia Moncalvillo, 33, told the newspaper. LUN.

“I’m not shy. And what I said was sincere. I think he is an extremely cute person and that he passes the rag to Benjamín Vicuña. As soon as I saw it, it caught my attention and I started filming it with my cell phone. You are beautiful, he told her. That he had the most beautiful eyes. He, extremely shy, didn’t say anything to me, just thank you,” continued the Cordoba woman, who recognizes herself as “cheeky” and “extroverted.”

She assured that she fell in love with the communicator. “All day I’m uploading stories and I talk to people, but the one who really made me fall in love here in Qatar was Roberto, all the other stories don’t have that seasoning,” she confessed.

And will they see each other again?

He even imagines presenting it to his parents. “I liked that he is regal, good-looking, he is the typical man to introduce to parents. The truth is cute, ”he insisted.

Along with telling that after the World Cup he will travel to other countries, Flor said that he wants to take it with him: “I put it in my suitcase and take it with me to travel the world. I put it on the bedside table to take it out and look at it when I go to bed (…) If we win the semifinal on November 13, the next day I buy a pancake and celebrate my birthday with Robert”.

Watch the joteo during the dispatch live: