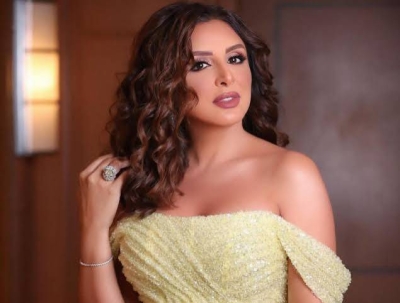 Al-Marsad newspaper: The Egyptian doctor, Wael Ghafir, who is responsible for following up the condition of the artist Angham, revealed the details of the sudden health ailment that afflicted the Egyptian singer, and the developments of her health condition.

“Ghafir” said, during a telephone conversation with the Egyptian journalist Rami Radwan, that Angham suffered at first from severe bleeding, which forced doctors specializing in gynecology to perform urgent surgery.

He explained that the matter happened a week ago, and she remained in the hospital for 3 days, after which she left for the house, but after two days she complained of severe abdominal pain, which necessitated her re-admission to the hospital.

The doctor pointed out that Angham is unable to eat or drink and suffers from continuous vomiting, which necessitated x-rays that revealed the presence of adhesions in the intestines due to the first surgery, which led to intestinal obstruction.

He added, according to the treatment protocol, a hose was inserted through the nose in order to empty the stomach, hoping that an improvement would occur in the intestines, which has already happened during the past hours.

He pointed out that Angham’s condition is not serious and that there is a clear improvement in her condition, and that she does not need another surgery.

Watch.. A woman and her child miraculously escaped death after a speeding car swerved and collided with two “cars” in the city