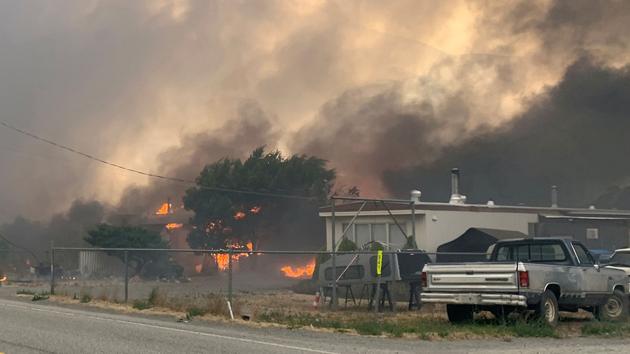 The west of the country suffered from an extreme heat wave at the end of June. The village of Lytton experienced a record heatwave of 49.6 ° C before being razed to the ground.

“Prepare an evacuation plan”, BC Premier John Horgan urged his fellow citizens in a tweet on Wednesday. More than 310 forest fires ravaged the western province, to the point that the provincial government declared a state of emergency. Norias of Canadair planes and water-bomber helicopters sweep the skies as 3,180 firefighters and soldiers battle forest fires. They will receive in the coming days the support of 350 men of the armed forces and a hundred Mexican firefighters.

“We have reached a critical point”, British Columbia Public Safety Minister Mike Farnworth said at a press conference. More than 3,100 km² have burned this season, more than the surface area of ​​Luxembourg. This is three times more than the average for the last ten years. If Vancouver is just beginning to feel the fumes from the still distant fires, an estimated 40,000 people in the province’s 4.6 million

This article is for subscribers only. You have 66% left to discover.