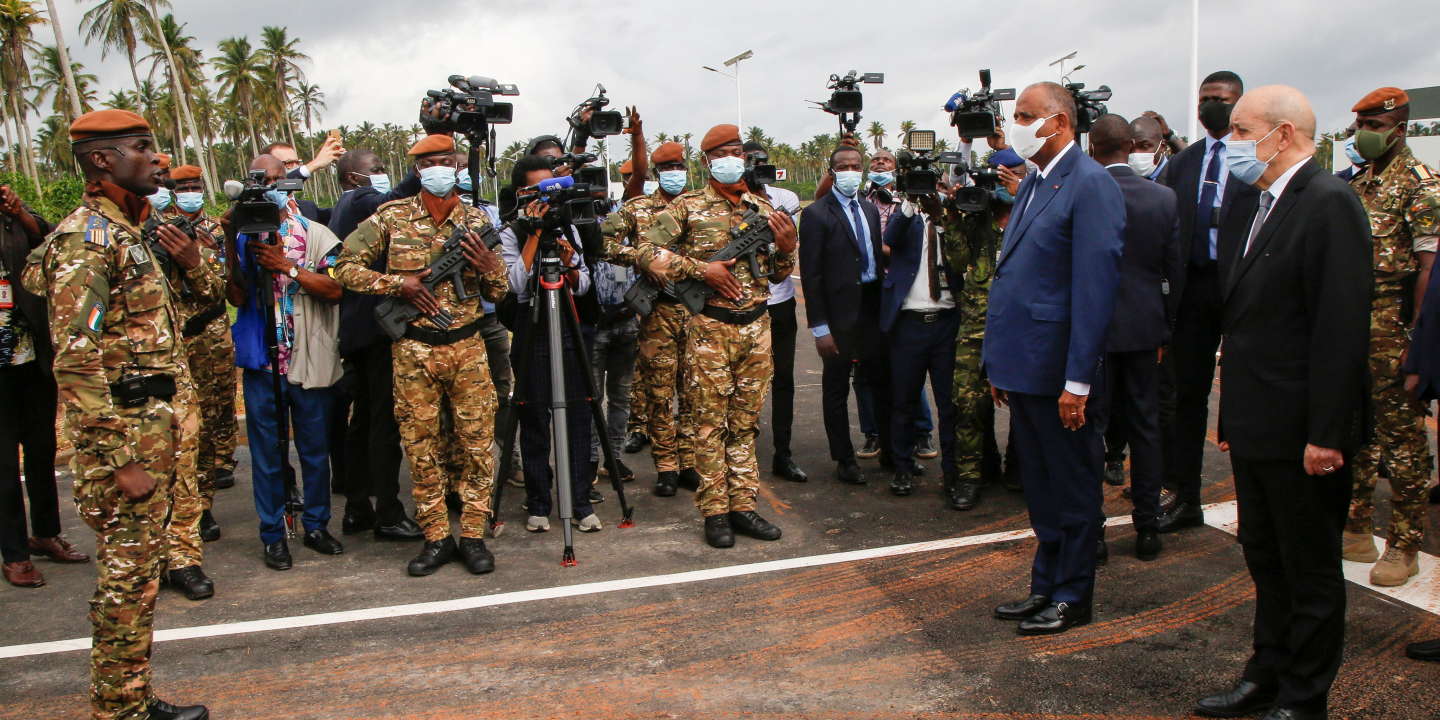 An International Academy for the Fight against Terrorism (AILCT) was inaugurated in Côte d’Ivoire on Thursday, June 10, to help in the fight against jihadists who are stepping up their bloody actions in West Africa. The Ivorian Prime Minister, Patrick Achi, and his Minister of Defense, Téné Birahima Ouattara, alongside the French Minister of Foreign Affairs, Jean-Yves Le Drian, inaugurated the AILCT in Jacqueville, near Abidjan.

Built on an area of ​​1,100 hectares of coconut groves, three buildings can accommodate “Three training courses of 25 trainees” who participate in special forces training and are trained to deal with the threat “Terrorist”. “The AILCT must become a center of regional expertise and competence in the fight against terrorism for the benefit of the stability of our States and the security of our populations”, said Ivorian President Alassane Ouattara. According to Patrick Achi, “AILCT will be the vanguard of the response of a free and conscious West Africa, specially trained and irreparably determined” to fight against the jihadists.

France is playing a leading role in the fight against jihadist groups, with the presence of 5,100 soldiers from the “Barkhane” force in several countries of the Sahel, of which President Emmanuel Macron however announced, on Thursday, the gradual end.

An “exceptional tool”, according to Jean-Yves Le Drian

“The scourge of terrorism is not inevitable neither in Africa nor elsewhere, it is a threat that we must fight, as we will continue to do in the Sahel and as we will do here together, said Le Drian. We do it with consistency and pragmatism, mobilizing the best specialists in optimal infrastructures. We know that our responsibility is to fight together this common enemy whose abuses in the Sahel concern us directly, because on the threat map, the Sahel is the southern border of Europe and the northern border of the Gulf States. Guinea. “

Article reserved for our subscribers Read also “Who will pay for a Sahelian peasant? “: In Burkina Faso, Mali, Niger, the forgotten hostages

The head of French diplomacy clarified that the AILCT should welcome and train “Police officers, soldiers, gendarmes, magistrates or even customs officers and staff of prison administrations”, but would be “Also a place of exchange where they can pool their experience and weave networks whose added value is sure to be felt in these times of crisis”.

“With the support of France, Europeans and the international community, the states of the region must step up their military cooperation, their security cooperation and their judicial cooperation […] by acting with the same energy and the same requirement across the entire counterterrorism spectrum, according to Mr. Le Drian. All the players in the region must now fully appropriate this exceptional tool, while stepping up their common commitment against the groups that threaten them. “

Some 500 West African trainees have already been trained at AILCT since 2017 even before its inauguration, according to Téné Birahima Outtara. The creation of this academy in West Africa where several countries are prey to jihadist attacks – Al-Qaeda in the Islamic Maghreb (AQIM), Islamic State (IS), Boko Haram – had been formalized in November 2017 in Abidjan. by Presidents Macron and Ouattara.

The inauguration comes three days after an attack in northern Côte d’Ivoire in which an Ivorian soldier was killed. This attack is the third in just over two months in this region. The locality of Tougbo targeted on Monday is only a few kilometers from the Burkinabe border.

“The north of Côte d’Ivoire is starting to be swayed by jihadist groups. This region constitutes an important security issue for the Ivorian State ”Ivorian counterterrorism expert Lassina Diarra told AFP, noting that “In recent months, people, certainly ultra-minority, have started to be seduced” by the jihadists.