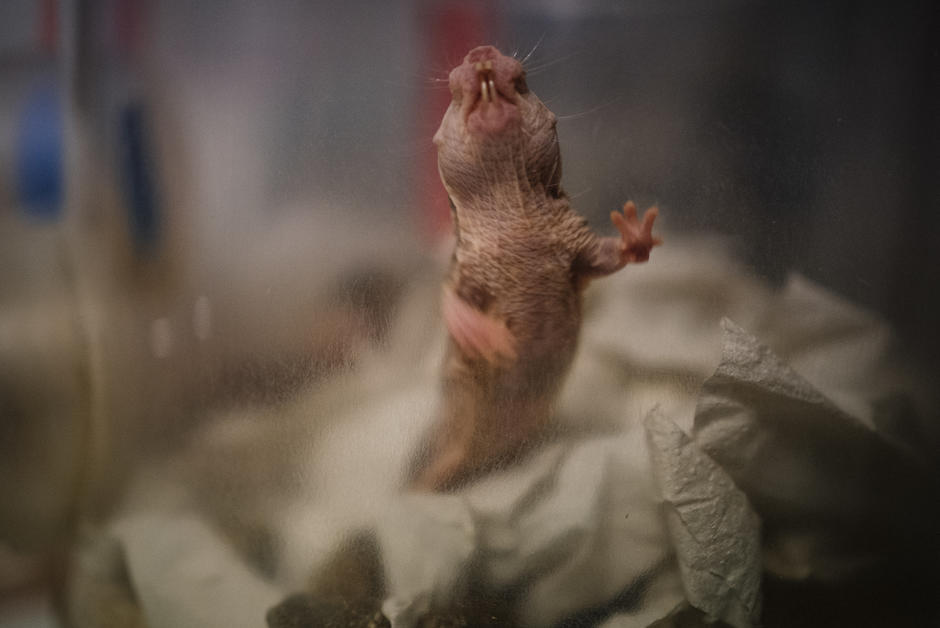 A team of researchers has studied the communication modes of these small rodents that live in groups. And according to CNN, they discovered that mole rats were as sociable as they were xenophobic.

They are “Arguably the least beautiful animals in nature”, highlighted CNN, and that’s not their only flaw. According to a study published this Friday, January 29 by the magazine Science, naked mole rats speak local dialects “From their own colonies” and are “Hostile to foreigners”.

Gary Lewin, one of the study’s authors and professor of neurobiology at the Max-Delbrück Center for Molecular Medicine in Germany, told the US News Channel’s website that naked mole rats are “The most social rodents we know”.

They can live in colonies of up to 300 members, and although there is only one breeding female per colony, each member of the colony “Has a role to play”, assures the researcher:

Some are soldiers, some are workers, and they cooperate. How they can be so organized has always been a mystery. ”

A species native to arid regions of East Africa, hairless mole rats measure up to 9 cm and weigh around 80 grams. These rats “Wrinkled, pinkish and bald” are known for their extremely low cancer rates, slow aging and resistance to pain, points out CNN.

They are very communicative and you can often hear them “Squeal, chirp and growl”. According to the American site, scientists wanted to understand the role of these vocalizations in their social life.

Using an algorithm, the team analyzed the acoustic properties of these different vocalizations and discovered “That each colony had its own ‘accent’ or dialect”, report CNN.

Scientists have also uncovered the propensity to “xenophobia” of these rodents. “The development of a common dialect strengthens the cohesion and the feeling of belonging of hairless mole rats to a specific colony”, said one of the researchers, Alison Barker.

“Mole rat colonies are incredibly xenophobic. If a mole rat comes from a different colony, within minutes it is recognized and usually killed by the colony it has invaded ”, Gary Lewin explained to CNN.

The researchers played these rats for their vocalizations and found that they responded to recordings from their own colony, but not to those from a foreign colony. And according to the American site, the team considers “That it is not a genetic phenomenon, but rather a cultural one”.

To test it, the team took orphaned baby mole rats from one colony and let them grow up in another. And according to Lewin, “They adopted the dialect of the new colony, not that of the colony where they were born”.