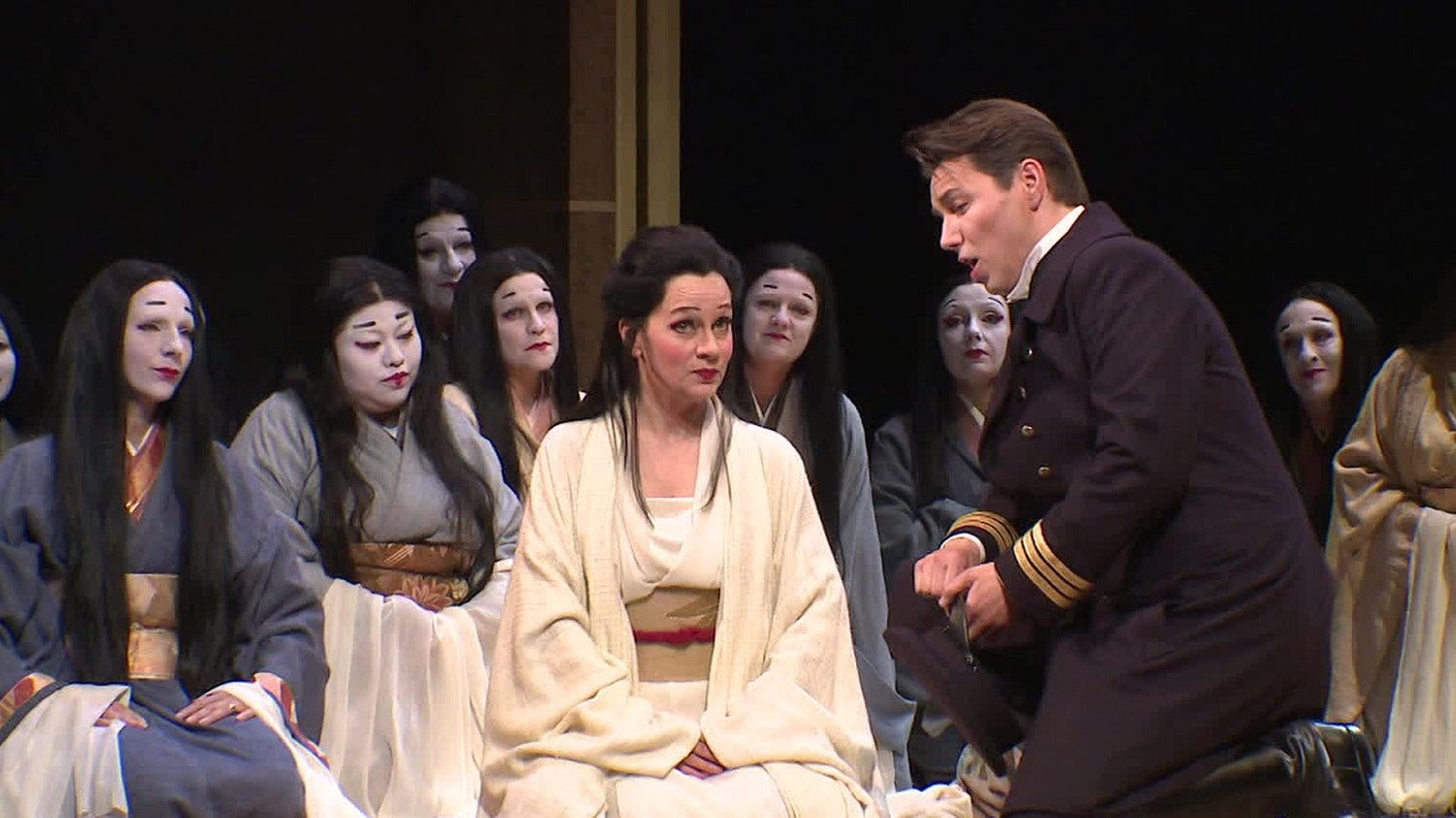 It is not the most famous opera in France. Yet it is one of the most played in the world. Madame Butterfly by Giacomo Pucini was performed for the first time at La Scala in Milan in 1904.

In this spring of 2022, it is in the west of France that it is possible to see this opera in three acts staged by Fabio Ceresa. The story is faithfully adapted to the original opera. Cio-Cio-San is a very beautiful and young girl from Nagasaki in Japan. She finds herself married to an American naval officer, Pinkerton.

He sees her as a trophy, while she experiences their romance as a passionate love story. An imbalance that dramatically changes the fate of Cio-Cio-San. While Pinkerton is away for three years, she still believes in their love. But the day the American returns to Japan, he is accompanied by his new wife.

“He is here to have fun. He bought this little doll and he is delighted. She comes from one world. He comes from another world. He is amused by her own world. She is fascinated by his own world. She has this intelligence and this hope that makes her vulnerable. But she is not stupid, far from it”says Anne-Sophie Duprels, interpreter of the Japanese character. She adds : “She is touching in her hope and in the incredible faith that she has that things will one day be better”.

Behind the touching story, the great strength of Pucini’s opera is to arouse strong emotions, which grab the viewer’s heart. “We are crossed by an emotion and a kind of spurt. Pucini’s phrases are great for that. The music expresses such a spurt that the voices come out of the bodies and it captures the viewer’s attention, even if you don’t know anything about it. the opera”expresses Sébastien Guèze, the interpreter of Pinkerton.

When Pinkerton finally returns to Japan with his new American wife, he learns that he had a son in his absence. When Cio-Cio-San finally understands the situation, she abandons her child to them and kills herself. A tragedy, yet so beautiful.

French Days: Rue du Commerce shocks the competition by swinging its promotions in advance, here are the best

Pain in football: Mino Raiola, one of the most powerful agents in the world, died