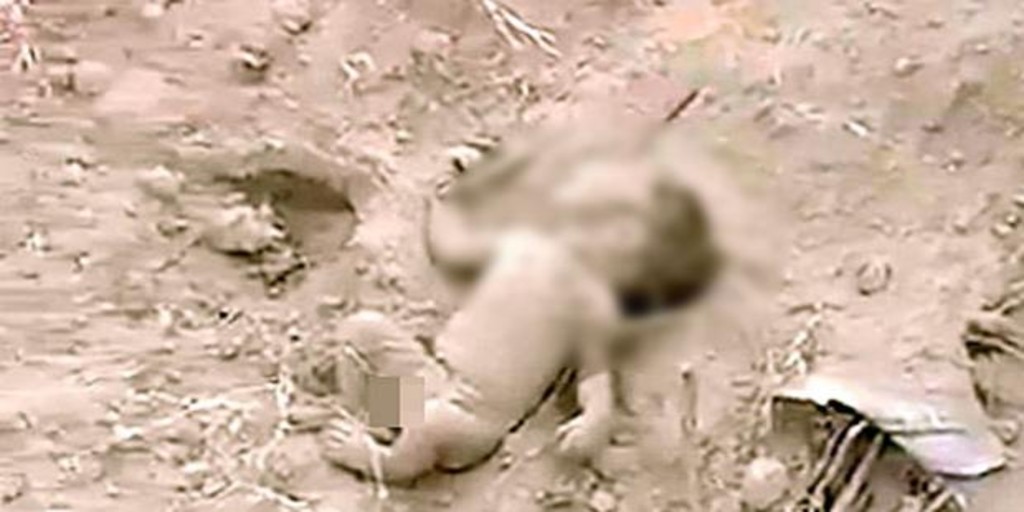 A group of neighbors have rescued a few days old baby alive who was buried in the state of Uttar Pradesh (India).

Everything happened during this month of May in the Sonoura village of Siddharthnagar, according to Daily Mail reports. A few slight groans alerted residents that something was wrong with the land they were digging to build a house.

Approaching the place where the groans came from, they discovered a small foot protruding between the earth and the mud.

Warning: the following video may hurt your sensitivity.https://www.youtube.com/watch?v=HFngqpHhec8

At that time, as the images captured by a witness show,
a neighbor begins to move the earth desperately trying to find the baby’s arms. Once he succeeds, he tugs on them and pulls his dusty little body out.

Although at first the newborn remains immobile while one of the rescuers checks if he continues to breathe normally, he miraculously begins to move his limbs.

The baby, who was rushed to the hospital, is stable in the center.

While authorities continue to investigate what happened, a neighbor has already shown interest in adopting the little survivor. .