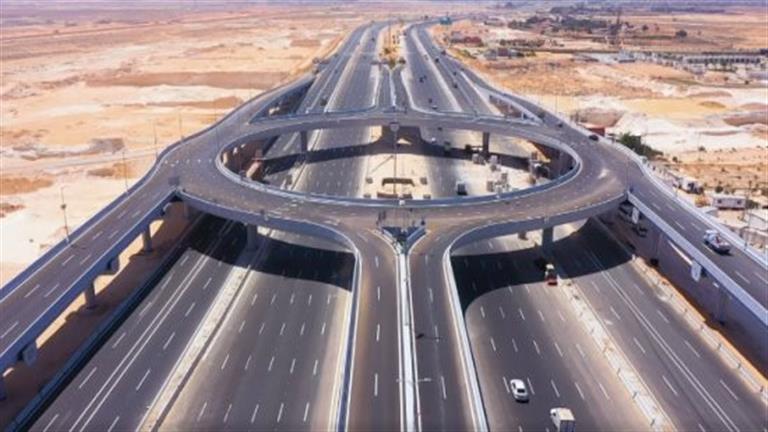 At the beginning of the summer, Amina was on her way to one of the tourist villages on the international coastal road – extending from Alexandria to Matrouh. She was surprised by the change in the features of the road she had been heading for years, and the entrances to the villages turned into slow roads, which must be entered through bridges, converted from 6 lanes other fast.

Indeed, what Amina was afraid of happened, and she took a bridge by mistake, which kept her from her destination by about 20 kilometers, and she had to go back like them to reach it.

“Amina” is only one of thousands of others, who decided to reveal their experience with the northern coastal road through social media, through the hashtag #North Coast_Road, which achieved about 14 million and 781 thousand and 195 interactions.

Most of them are in Arabic, and through personal and direct Twitter applications.

This prompted the Undersecretary of the Human Rights Committee in the House of Representatives, Ayman Abul-Ela, to submit an urgent statement to the Prime Minister and Minister of Transport, on June 26, regarding poor planning that accompanied the development of the International Coast Road, and the resulting disasters and accidents.

In his statement, the parliamentarian stated that the government’s efforts in development work are not in line with the nature of the road, and the scattered tourist villages around it, as a double-way service road has been implemented, knowing that the traffic density is not less than 80% on this road.

The statement stressed that these amendments will result in a doubling of that traffic density during the coming period, due to holidays and vacations, and doubling the queues of cars piled up in front of villages in order to enter them. And then there will be disasters almost daily, and some will have to walk in the opposite direction, which will lead to accidents.

This made the subject raised in most programs on all satellite channels, with a number of media professionals, most notably Ahmed Musa and Amr Adib.

This prompted the Minister of Transport to announce, in a televised statement, that the presidency was directing to urgently solve road problems a few days ago.

President Abdel-Fattah El-Sisi also confirmed during his inspection of a number of construction works to develop a number of roads and axes in Greater Cairo today, Friday, that he is personally following the opinions and comments of citizens regarding the road, according to the presidential spokesperson.

According to the government-affiliated Map of Egypt Projects website, the international coastal road is the construction of an alternative path to the international coastal road from its intersection with Wadi Al-Natroun-Al-Alamein road until Sidi Abdel Rahman. The work of the earth bridge, concrete barriers and warning signs, with a length of 38 km.

According to the same website, the project was implemented in January 2020, with a value of 810 million pounds, implemented by the Arab Contractors Company.

According to the official website of the Arab Contractors Company, the international coastal road project was one of 20 road and bridge projects implemented by the company in Egypt, since the eighties of the last century until now.

Emeritus Professor of Urban Planning at the National Center for Housing and Building Research Hisham Mokhtar says: The one who planned the road did not take into consideration that the traffic density on the northern service road is twice that of the southern one, due to the presence of all the villages on it, while the other side is just scattered service points.

Mukhtar adds that the enormous inequity on the sanctuary of the villages has so far lost a lane, so some may resort to walking in the opposite direction because their path has disappeared.

The professor of urban planning adds that the squares drawn on the ground are incomprehensible, and no one uses them, and if someone thinks of using them, he may collide with the ones coming from the opposite direction, as well as the plastic poles.

It also refers to the severing of the connection between villages north of the road and services to its south, which may cause accidents for those who want to cross the twenty lanes in order to reach the opposite side, as well as the stagnation of some services in return for the double pressure on other services.

Mukhtar concludes by saying: “There is another problem, which is the rotation through circular bridges, which causes a huge confusion for those who use them because of the eight ramps/houses of their own, which causes cars to lose their way to their destination, and is embodied in the huge amount of lost cars on top of those squares and those who walk Reversing the direction in the ramps and the houses, which forced the traffic to put soldiers on top of those bridges to try to save what could be saved.”

Despite the presidential directive to solve the problems of the international coastal road, urban planning professor Hisham Mokhtar was unable to propose or anticipate the solutions that could be followed to those root problems along the road.

Meanwhile, road professor Hassan Mahdi preferred to wait for the reports of the specialized technical committees that were assigned to come up with proposed solutions to solve road problems, before expressing any opinion.

This is what the international expert in the field of roads, Imad Nabil, agreed with, saying: “There are committees specialized in studying these problems and fixing them under the guidance of the presidency, so there is no need to raise the issue again.

After revolutionary steps, the US Supreme Court goes for more