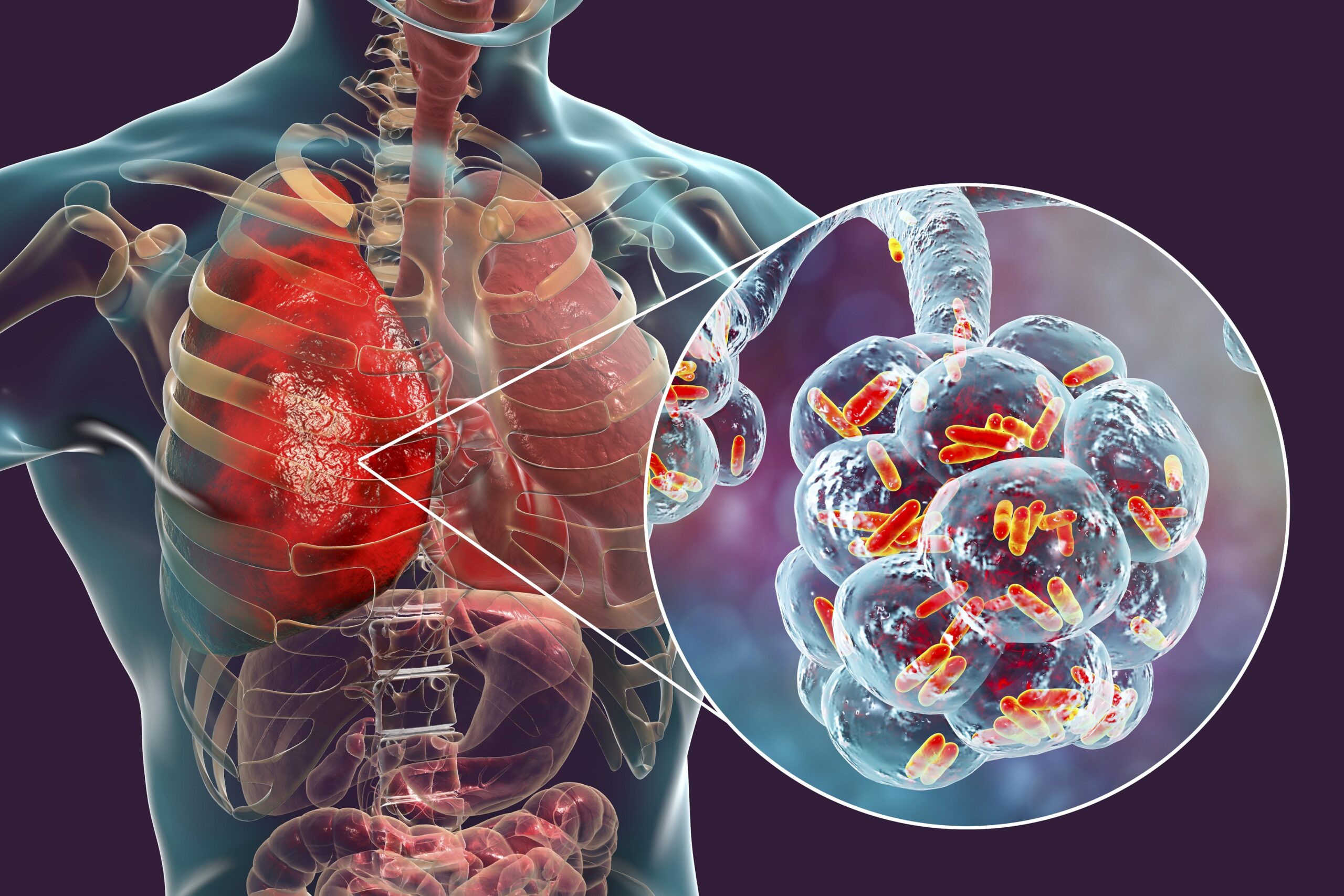 Many people worry that the coronavirus pandemic could overload the health system during the flu season. Influenza is usually over within a few days without medical help, but it can also lead to death. However, the most common cause of death here is not the influenza virus itself, but rather secondary bacterial pneumonia. Swedish researchers have now gained new insights into this.

It is largely unknown why influenza infections lead to an increased risk of bacterial infections lung infection to lead. Researchers at the Karolinska Institutet in Stockholm have now described important findings that lead to so-called superinfections, in which many people worldwide are killed every year. The study was published in the journal “PNAS“(” Proceedings of the National Academy of Sciences “) and may also contribute to research into COVID-19.

One of the world’s leading causes of death

The Spanish flu was an influenza pandemic that occurred around the world in 1918-20 and, unlike many other pandemics, affected young, otherwise healthy adults disproportionately. An important reason for this were so-called superinfections by bacteria, especially pneumococci.

A previous influenza virus infection sensitizes to pneumococcal infections, but the mechanisms behind this increase in susceptibility are not fully understood. Scientists at the Karolinska Institutet have now identified influenza-induced changes in the lower airways that affect the growth of pneumococci in the lungs.

Using an animal model, the researchers found that various nutrients and antioxidants such as vitamin C and other substances that normally protect cells escape from the blood, creating an environment in the lungs that favors the growth of bacteria.

The bacteria adapt to the inflammatory environment by increasing the production of the bacterial enzyme HtrA. The presence of HtrA weakens the immune system and promotes bacterial growth in the influenza-infected airways. The lack of HtrA stops bacterial growth.

“The ability of pneumococci to grow in the lower respiratory tract during influenza infection seems to come from the nutrient-rich, antioxidant-rich environment that occurs during viral infection, as well as the ability of bacteria to adapt and adapt to the environment to protect from being exterminated by the immune system, ”says study director Birgitta Henriques Normark, professor at the Institute for Microbiology, Tumor and Cell Biology at the Karolinska Institutet.

The results provide valuable information on how bacteria integrate into their environment in the lungs and could be used to find new therapies for double infections between the influenza virus and pneumococcal bacteria.

“HtrA is an enzyme, a protease, that weakens the immune system and enables pneumococcal bacteria to penetrate the protective cell layer inside the airways,” explains the first author of the paper, Vicky Sender, a researcher in the same department. “A possible strategy could therefore be the use of protease inhibitors to prevent the growth of pneumococci in the lungs.”

It is still not known whether people with COVID-19 are also susceptible to such secondary bacterial infections, but researchers believe that similar mechanisms could possibly be found in seriously ill COVID-19 patients.

“Acute pneumonia, whatever the cause, is likely to lead to a leak of nutrients and antioxidants and an environment that encourages bacterial growth,” says Professor Henriques Normark. (ad)

This text corresponds to the requirements of the medical literature, medical guidelines and current studies and has been checked by medical professionals.

Important NOTE:
This article is for general guidance only and should not be used for self-diagnosis or self-treatment. He can not substitute a visit at the doctor.