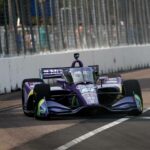 After his first pole position (and his podium) in Indycar, on the Indianapolis circuit, and his absence from the Indianapolis 500, Romain Grosjean is impatient to get back into his car to shine alongside Simon Pagenaud and Sébastien Bourdais, at the Detroit Grand Prix. An appointment stalled for this weekend. Here are the times and the TV program for this event.

Romain Grosjean and Simon Pagenaud ready to move up the rankings

After excellent results since the start of the season, our French are ranked rather well in the general classification of drivers. Simon Pagenaud is looking for another world crown, Romain Grosjean seems to have finished his adaptation to the American version of Formula 1 and Sébastien Bourdais is looking for new points. Our tricolors are therefore ready for this test in Detroit on the Belle Isle circuit, to clinch victory and great performances.

Especially since Simon Pagenaud and Sébastien Bourdais have already won several times at the Detroit Grand Prix. But we will have to pay attention to the younger generation, with Colton Herta, Rinus Veekay and Alex Palou; or even to the veterans of the plateau, Scott Dixon, Takuma Sato, and many others for a promising Grand Prix this weekend, from June 11 to 13 in Detroit.

Here are the schedules and channels broadcasting the event.