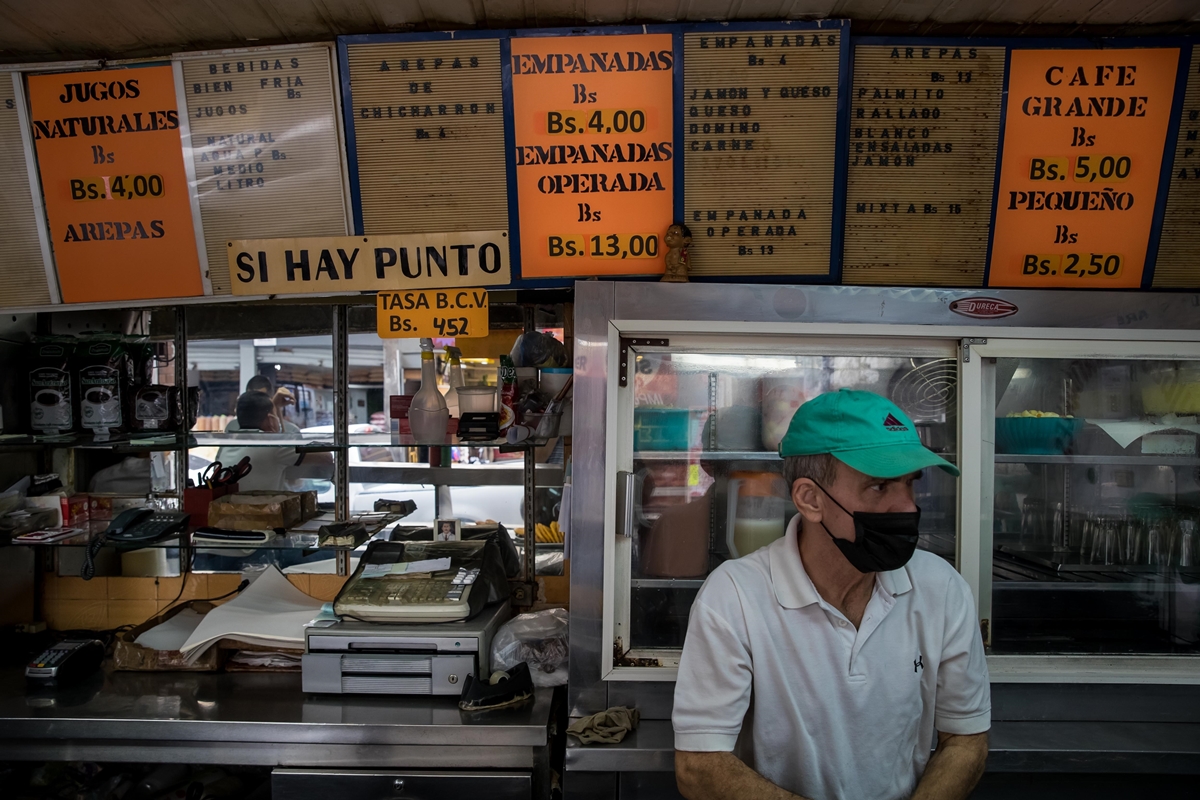 Ángel Alvarado, a founding member of the Venezuelan Finance Observatory, stated on Monday that inflation in dollars in Venezuela exceeds inflation in the United States. The economist explained that during the pandemic, governments began to issue money to stimulate the economy, especially that of the North American country.

“It turns out that the United States, at this moment, has a serious problem with inflation, which is reaching 8%, which generates a lot of problems to control due to the collateral damage that would be generated and the whole world, not only in Venezuela, has had dollar inflation. That is a fact, ”she explained in an interview with Radio Union.

Alvarado said that imported inflation is present because all world prices in dollars have risen and in Venezuela it is higher basically because of the legal reserve. He pointed out that it is a measure used by the Central Bank of Venezuela to try to contain inflation that, together with the cash dollar injectionIt aims to curb inflation.

“Since July of last year, the exchange rate in Venezuela has remained between 4 and 4.5 bolívares. In other words, the bolivar is tied to the dollar. But while that is happening, food prices have continued to rise in Venezuela. When you change the price in bolivars against that exchange rate, you have the price in dollars going up, “she explained.

Lag: price in dollars and of food

The economist stated that there a lag between the price of dollars and the price of food. This has ended up making life more expensive in the US currency in Venezuela and generating inflation in Venezuela in that currency.

“If the exchange rate were to slide, more or less at the same speed that prices in bolivars slide, the exchange rate should not be 4 or 5 bolivars, but 6 bolivars. That would then make the hot dog you’re eating still cost $1. There is a problem of imported inflation, which is happening all over the world, but that increase would only be 8% or 10%, as it happens in the United States and in other countries around the world”, he said.

assured that the pegged exchange rate has remained because it has basically been the strategy used to contain hyperinflation, but it is making life more expensive in dollars.

“The Central Bank of Venezuela has not been clear on this, it does not have a policy in this regard. I’d say he’s scared that that shift slip inflation triggered it again, which I don’t think will happen anymore, and that the sliding of the exchange rate should be in sync with the variation in prices in some way. If not, life in dollars is getting more and more expensive,” he added.

The member of the Venezuelan Finance Observatory indicated that currently, for a family of 5 members, buying 80 food items from the basket costs $365, and a year ago it stood at $250. He pointed out that, although wages in dollars have risen, purchasing power is not greater because prices in foreign currency are also rising.

Fiscal accounts must be cleaned up

Alvarado stated that solving the issue of hyperinflation in Venezuela requires cleaning up the fiscal accounts. That is, what the government enters and what it spends.

“The government has been increasing income, but has not increased spending. because basically has prioritized other types of investment and we know very well the little transparency that exists in the management of public resources and the issue of the budget. But it would be necessary, it is urgent, to increase the salary in the public sector, of pensioners, without unbalancing the fiscal balance that has been achieved”, he expressed.

“That is why we have insisted so many times that Venezuela needs international support, lines of credit, access to the International Monetary Fund because, in a certain way, Venezuelan hyperinflation has been controlled without anesthesia. That is to say, impoverishing people, paying starvation wages, with ridiculous pensions, and this has been the way in which they have tried to cure this disease.. Without access to any type of credit. And yes, hyperinflation is coming out, the problem is being solved, but it has generated scandalous levels of poverty that have led to the exodus of 6 million Venezuelans. That has been the cost of controlling hyperinflation in this way, which has been very slow and very painful,” he added.

the Minusca speaks out and points to “misinformation”

The rediscovered harmony of Tears for Fears