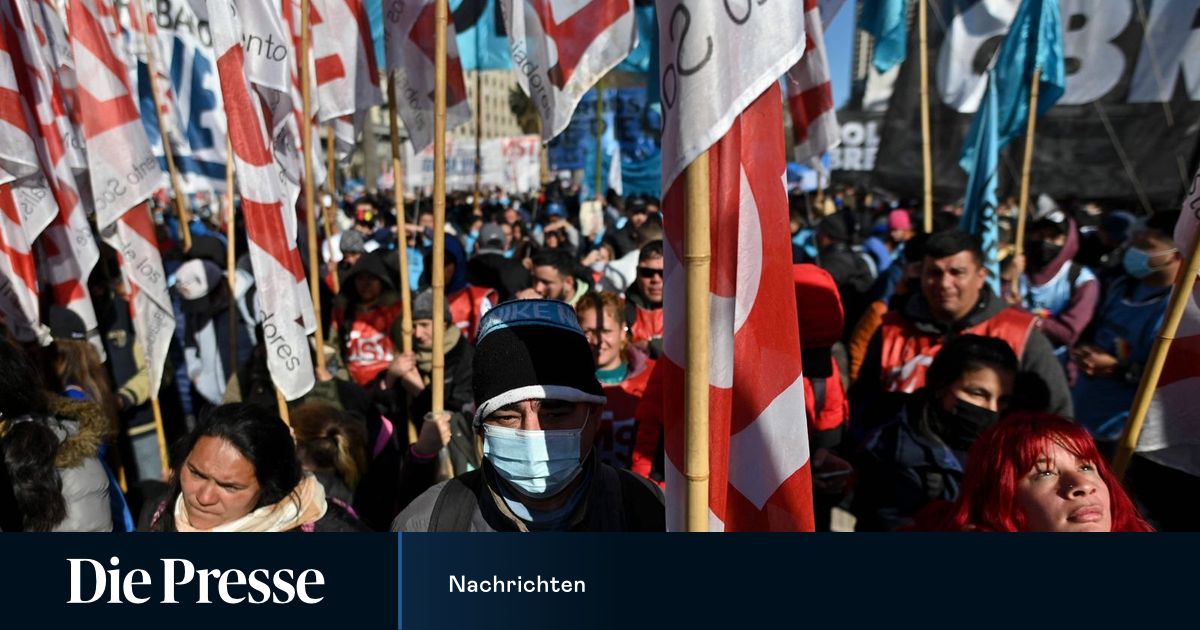 In view of the serious economic and financial crisis, the inflation rate in Argentina has risen to over 70 percent. The prices climbed in July compared to the previous year by 71 percent, as the statistics authority announced on Thursday. In July alone, prices increased by 7.4 percent compared to the previous month. The government recently announced that it would freeze prices and salaries for two months in order to slow down the depreciation of the national currency, the peso.

The inflation rate in Argentina is one of the highest in the world. To fund the budget deficit, the central bank is constantly printing fresh money. In addition, Argentina has been in a severe economic crisis for years.

The second largest economy in South America suffers from a bloated state apparatus, low industrial productivity and a large shadow economy that deprives the state of a lot of tax revenue. The national currency, the peso, continues to depreciate against the US dollar, and the mountain of debt is constantly growing.

How to choose the right cranberries, the healthy super fruit?