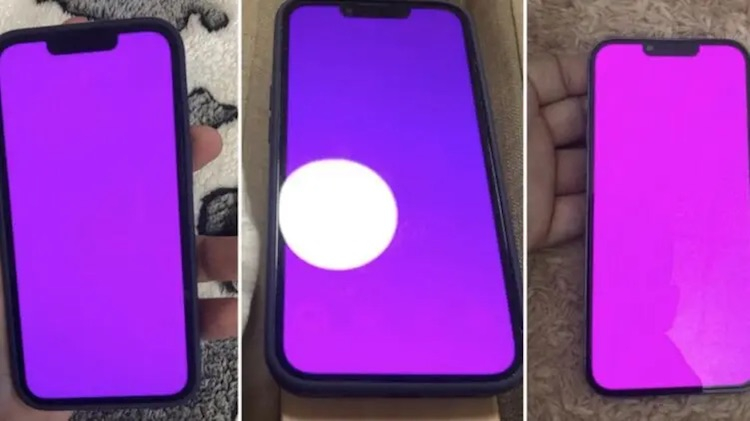 A lot of complaints began to appear on Reddit and the Apple support forum about a new problem that affects the iPhone 13 series smartphones: devices become unstable, and then freeze, showing a lilac screen, and reboot.

It is noted that the problem affects only smartphones of the iPhone 13 series and is not typical for any other Apple devices. One of the users who encountered the defect reported that his iPhone 13 began to display inaccurate GPS coordinates, and after a while the screen filled with a lilac background. Another owner of the affected smartphone reported that the battery of his device began to work “weirdly”. Then the iPhone began to freeze and periodically show a lilac screen.

According to reports, most often the problem is observed in China. It is reported that several Apple users have replaced smartphones, while many others have been refused, arguing that there are supposedly no problems with the device. It is not yet known whether the problem is hardware or software related, but Apple has advised owners of the affected iPhone 13 to back up the device and update it to the latest version of iOS.

Premier League︱Lanlik is dissatisfied with Manchester United’s lack of possession of the ball and Dibny’s record in the Beckham record did not help Manchester City to win (17:56) – 20220123 – Sports – Instant News