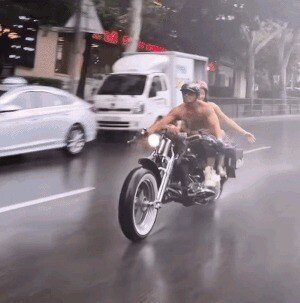 On the 31st of last month, a man who took off his shirt and a woman in a bikini were caught racing on a motorcycle on a road in the middle of Gangnam in the rain.

The two men and women on cruiser bikes were seen by many people as they traversed the big roads and alleys with excited expressions, and photos and videos of them spread through social media, heating up the online world.

Netizens commented, “That’s possible in Korea” “This is Gangnam Style. It looks fun. It’s fun” “I saw it at Eonju Station. He really enjoys the fact that there is such a person in Korea.”

But “it’s too sensational”, “it’s a little bit… ” and other comments pointing out that their actions were excessive.

The man turned out to be ‘Boss J’, a YouTuber who introduced bikes and cars, and the woman behind him is known to be an Instagram influencer.

The consequences of eating poorly: Can they be compensated with physical exercise?