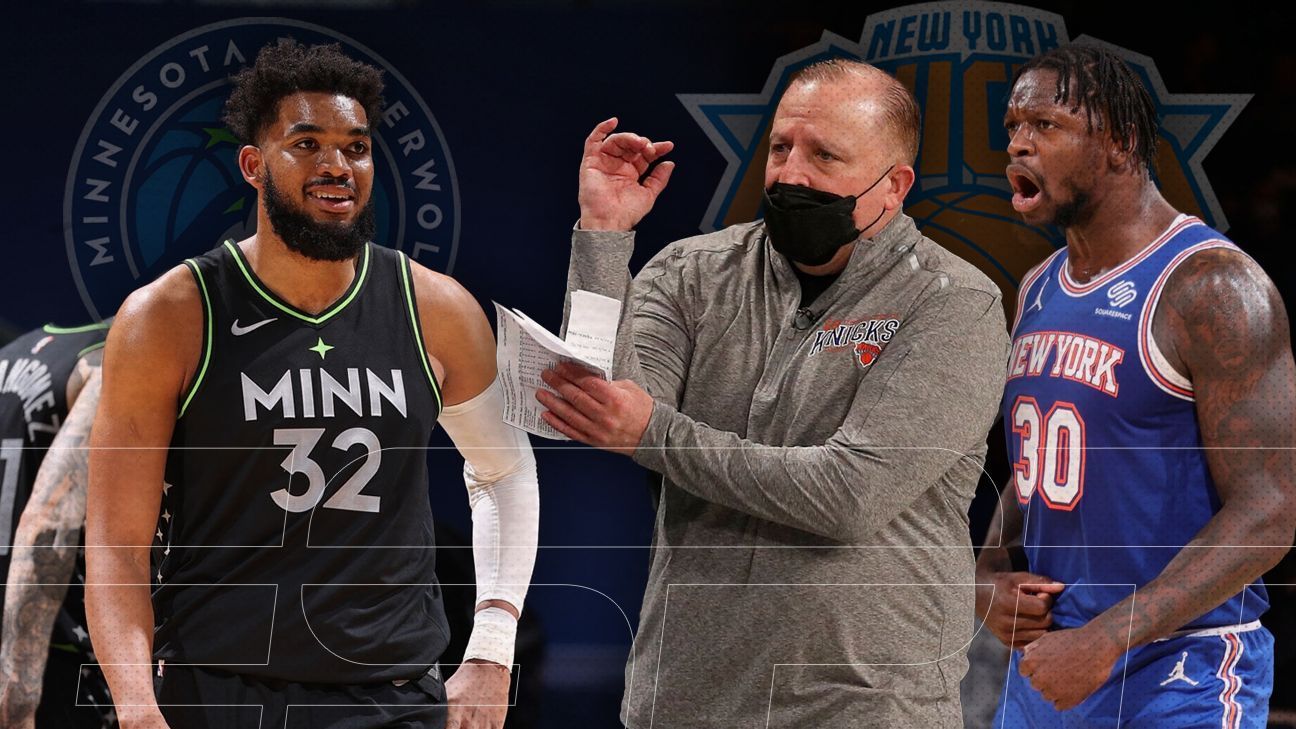 The Minnesota Timberwolves They close the regular season playing their best basketball of the season, winning 8 of the last 14 games, including a four-game winning streak, their longest running of the year.

Much has to do with the return of injury from D’Angelo Russell, the stability of Karl Towns after injuries and battles against Covid-19 and the great game and maturity on the court that he has exhibited Anthony Edwards in the second half of the season.

Despite this, it was a disastrous season for the Minnesota Timberwolves, eliminated days ago from the playoff race and being one of the worst teams in the entire NBA.

For this reason and due to some statements made by the Dominican pivot, there has been speculation about the possible departure of Karl-Anthony Towns of the Timberwolves, in an age where it has become normal for a disgruntled star to request a franchise change.

Despite its defensive shortcomings, any team would like to have a player of Towns’s stature. He has reiterated this season that he is one of the centers with the best outside shooting in the entire league, he knows how to do his job near the rim, averaging the most assists per game in a season (4.5), and for the sixth time in his career, he will finish the season averaging a double-double.

If Towns ever considered leaving Minnesota, which at the moment might not seem feasible, New York City might be a possibility.

The New York Knicks they have started to win. They are in the postseason for the first time since 2012-13. Great market, much better city. The only thing that had kept more and better free agents from reaching the Knicks in the past decade was their perennial absence from the playoffs.

But things have somehow or other changed with a young core led by 26-year-old Julius Randle, and the Knicks will have this postseason to show they are serious.

They’re sure a free agent or two away from being able to compete with the Eastern Conference powerhouses, or maybe a trade. There comes the possibility that they could chase a figure of the stature of Karl Towns.

It doesn’t seem possible that despite the young players or draft picks the Knicks might give up, the Timberwolves would agree to trade their star. Much less with the entry on the scene of new owners who would like to have Karl Towns, who has identified a lot with Alex Rodriguez for his Dominican connection.

But there are ties between New York and Towns. Tom Thibodeu He was a leader of KAT in the early part of his career, although many thought at the time that the relationship was not the best. In addition, Karl was born in New Jersey, so he would be closer to his relatives, in a difficult stage after the loss of his mother.

In theory, KAT in New York could work, but it will depend a lot on the focus of the new owners of the Timberwolves franchise. For now, the Dominican continues to be and will be its biggest star, and the team must find a way to win and compete in the difficult Western Conference.