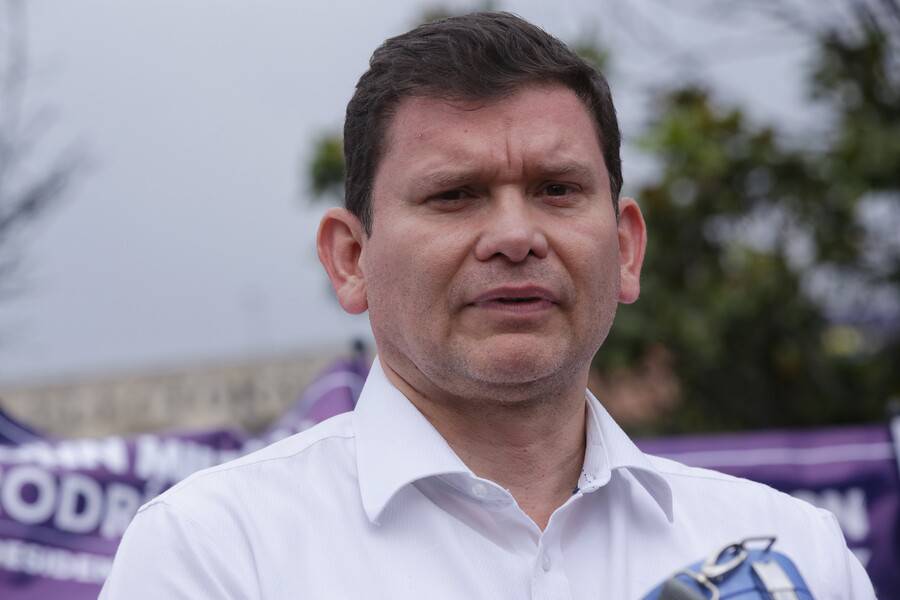 The candidate for the Presidency of the Republic for the Colombia Justa Libres party, John Milton Rodriguezwho obtained more than 270,000 votes, spoke after the results of the first round of the elections presidential.

Rodríguez made a call to change the country, a Colombia in which violence and drug trafficking are not the “protagonists”.

“It is time to build a new Colombia, not to accept more violence. Neither drug trafficking nor violence will be the protagonists of this country”; she stated.

Likewise, the thanked the thousands of Colombians who trusted his proposal presidential and that they left it in evidence at the polls.

“I want to thank God for this opportunity, each one of you, to the more than 275,000 brave Colombiansto all the regional leadership, to the entire work team, to our vice-presidential formula, Sandra Lajas Torres, for being a great brave man,” he said from his campaign headquarters.

In addition, he stressed that he will continue to promote the party Free Fair Colombia and its proposals in the Colombian regions.

“This is a movement that is just beginning, but we did it with everything, far from politicking, far from corruption, without kneeling before anyone, maintaining our autonomy and our independence. This is just starting,” he said.

“I want to announce what follows: the work in the regions. We will continue with the pro-life referendumis essential to break the cycle of death in Colombia, with the attack against babies in the womb”, he added.

Finally, he reiterated his respect for the other presidential campaigns, and called for reconciliation.

“To all campaigns, words of reconciliation, peace and love. We are all Colombians and deserve respect. Never expect disrespect for any person from us, let’s pray for those who made it to the second round.

Exercise-induced asthma: treatment and how to continue training