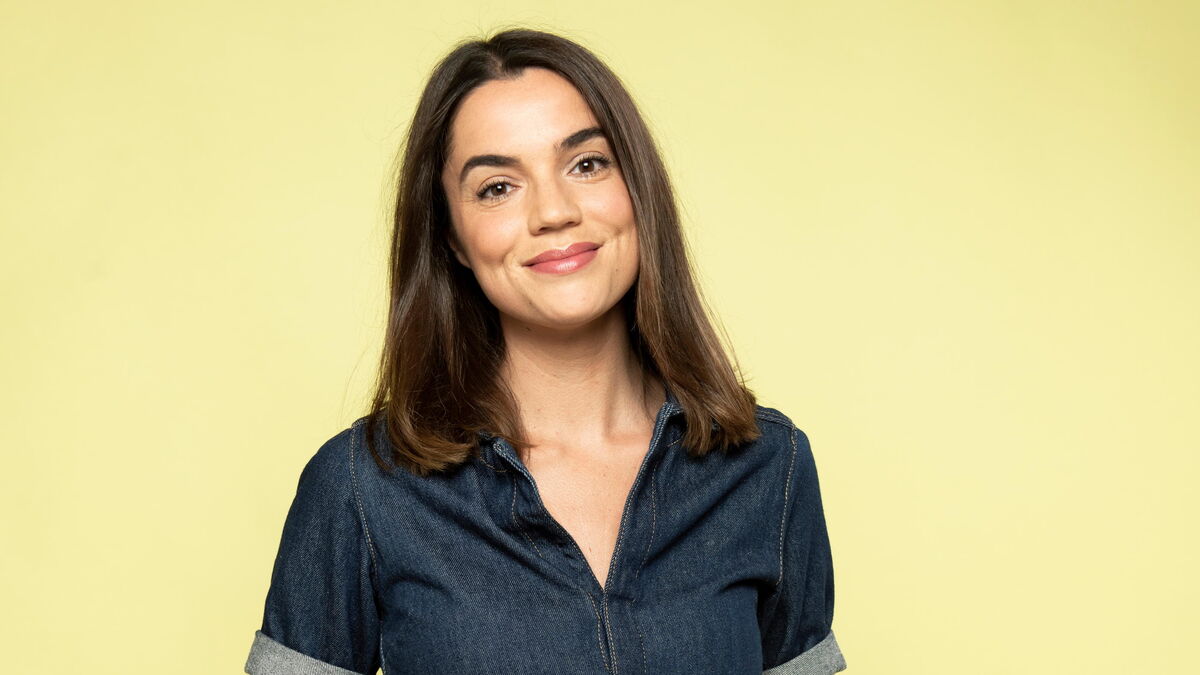 “We have a little problem with music videos and management. The good news of the night was not stalled… ”Last Saturday at 6:47 am on France 3, Cécile Grès’ first aerial catch was strangely like a hazing session, which also ended in a glitch of his. “The first minutes were really hard, admits this sports journalist, promoted to 33 years presenter of the Olympic Games. I knew I was going to be judged in two seconds. I was super stressed. I think it was seen, right? There is exposure, pressure and duration. This is the first time that I have been given such an important position. I have to put rhythm, joy and enthusiasm into it. “

His main apprehension? Getting out of her comfort zone, rugby, which she began to cover in 2014, for the newspaper L’Équipe first and then for Eurosport and France Télévisions, for two and a half years. “It took me years to feel legitimate,” says the one that fans of the Olympics discovered this week. I was afraid of being taken for a sham. And there, I had to reset everything. So, I worked a lot. “The columnist of” Stage 2 “, seen recently at the edge of the fields of Roland-Garros, fears to be” wrong first name or to scratch the last name of a sportsman “even” to announce the bad result of an athlete while his whole family is watching TV ”. Thanks to her lucky charm, an oak ring she’s been wearing since her first cover of a Pro D2 match, it didn’t happen.

“Reassured, seeing all the nice messages”

For her first day she didn’t open his Twitter account, which has 31,000 subscribers. Almost 7,000 more than Laurent Luyat, the manager of the sports department. “Some say they don’t care about the critics. Me, digital wickedness, it touches me, slip the occasional joker of the show All sport. I was reassured in the evening when I saw all the nice messages. “

Ohlala I discover all the messages too nice!
First past 😅, great happiness to be here.
See you tomorrow at 7 a.m. #LaBascule !

Just like those of his boyfriend, his friends and even Minister Jean-Michel Blanquer. “They did not find that I was another person on the air, nor that I was imitating those I admire, continues this Parisian, whose family is from Brive-la-Gaillarde, land of oval balloons. I could have taken the tocs of others. Today, I feel more and more comfortable. It allows me to get rid of my doubts. “

His dream was to go to the Olympics as a journalist. Whatever it costs. The icing on the cake when the sports management offered to host his own time slot. It was early 2020, before the postponement of a year because of the Covid-19. “I have been watching the Games since I was little,” she says. Highlights of her first week: her interview with Masomah Ali Zada, Afghan refugee cyclist. “Her story moved me. I was overcome with emotion. “

I do not know @cecilegres before these Olympics! A sacred discovery. Brilliant, fair, an extraordinary, talented empathy. A rare journalist. I invite you to watch this exchange this morning with athlete Ali Zada! Full of humanity and a smile that never fails! Well done… pic.twitter.com/sMZfBifY7c

She practices boxing to “evacuate, exteriorize”

Ditto after the victory of Clarisse Agbégnénou in judo, or that in rowing of the duo Boucheron-Androdidas. “We can quickly get carried away, it’s our chauvinistic side that stands out. “The one who played table tennis in competition from 8 to 12 years old adds:” At the Olympics, we can watch with the same interest archery, canoeing and fencing, where the tension is sometimes very intense. . “She practices boxing to” evacuate, exteriorize “and wishes to get into judo, seeing the France team shine. “You give everything in a few minutes and you come out rinsed”.

Last March, Cécile Grès took part in Marie Portolano’s shocking documentary “I am not a slut, I am a journalist” broadcast on Canal +, which denounces harassment in the field of sports journalism. “There is still work to be done, but we are on the right track,” she says. We have launched something capital, a real awareness. “