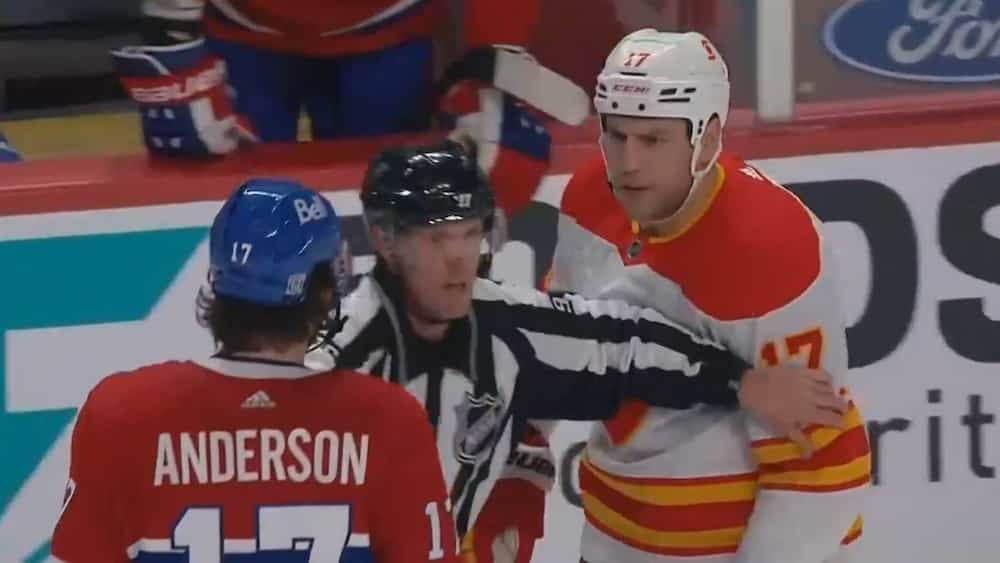 Several hockey fans and journalists noticed that the Flames had a great deal of respect for the Canadiens on Thursday night when the Montrealers won at the Bell Center.

It was not until the end of the match that a few clashes broke out. CH defender Ben Chiarot dropped the gloves in front of Matthew Tkachuk, and his teammate Josh Anderson looked very tempted to do so in front of Milan Lucic, who looked particularly angry.

For our journalist Renaud Lavoie, it heralds a match that will be much rougher on Saturday, when the two teams will face each other again.

Lucic, getting impatient with Anderson, “sent a signal”, according to Renaud.

“Today the Flames players had a team meeting (…) and surely told each other their four truths”, he added, during his appearance on the show “JiC”.

The Alberta team, who have lost their last three games, will certainly enter the game with a knife between their teeth. It could stir and this, quite early in the game, according to our colleague.

See all of his remarks in the main video.