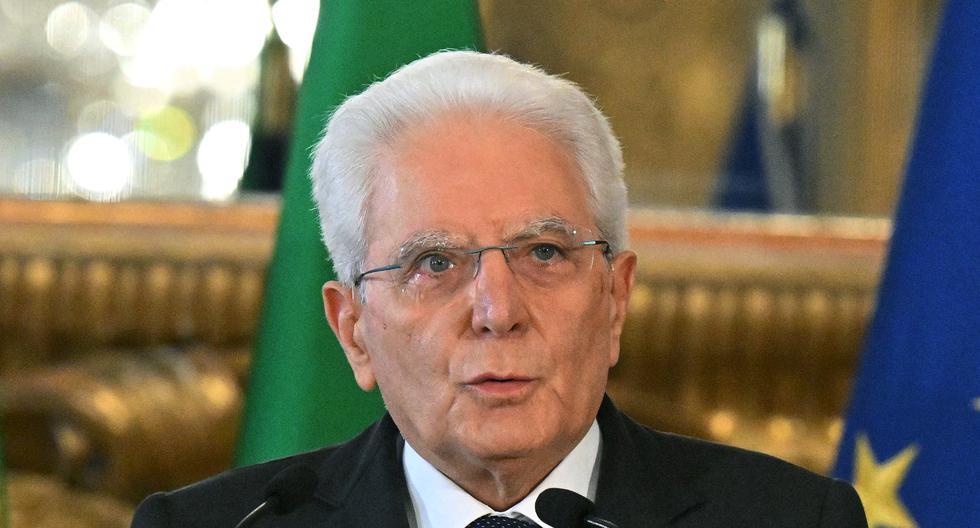 the president of Italia, Sergio Mattarellatoday decreed the dissolution of Parliament and terminated the legislature after the resignation of the Prime Minister, Mario Draghi, and the date of the call for an early election is now awaited.

MIRA: The maximum temperatures that the deadly heat wave is leaving in Europe

The head of state today decreed the dissolution of the Senate and the Chamber of Deputies, elected in March 2018, after meeting with their respective presidents, Maria Elisabetta Alberti Casellati and Roberto Fico, according to an official statement.

The Government of Mario Draghi, in office, must decide this afternoon the date of the general elections, which will be within 70 days after the dissolution, so the possibility of them taking place in the second half of September is being considered.

MIRA: Operation Valkyrie and how a hot day saved Hitler from dying in 1944

Mattarella offered a brief statement at the Quirinal Palace, headquarters of the Head of State, in which he acknowledged, in a serious tone, that this decision is “always the last choice” above all “given the many and important duties to be done front” today.

Among these duties, the president urged managing situations such as inflation and protecting the weakest in particular, dealing with the last blows of the pandemic or contrasting “the effects” of the Russian invasion of Ukraine.

Mattarella called for the political crisis to be resolved as soon as possible in order to guarantee the “indispensable and increasingly necessary collaboration at the European and international level”, aware of the weight of his country on the continent as the third power of the euro.

But he also urged to meet the deadlines established in the Recovery Plan, with 191,000 million European funds.

MIRA: Musk vs. Twitter: who will win the trial and who will pay the piper of the failed purchase?

“For this reason I hope, even in the intense dialectical tone of the electoral campaign, a constructive contribution in the best interest of Italy”he finished, referring to the strong confrontation between political parties.

The electoral advance of this legislature, which was to conclude in March 2023, is due to the resignation of Draghi, formalized this morning before Mattarella, although he will continue in office until the formation of the new Executive.

Draghi presided over a coalition of national unity in the last 17 months, since February 2021, when he was commissioned to govern to manage the pandemic crisis after the fall of his predecessor, Giuseppe Conte, leader of the 5 Star Movement (M5S).

His coalition was supported by practically all the parties in the hemicycle, from left to right, except for Giorgia Meloni’s far-right Brothers of Italy.

However, he decided to resign on the 14th after losing the support of the M5S, after weeks of disagreements for various reasons, such as a decree against inflation and the misgivings of the populist formation to continue arming the Ukrainian resistance.

At that time, the head of state rejected the resignation and summoned Draghi to settle his crisis in Parliament, where he went yesterday, Wednesday, with the intention of rebuilding his coalition and re-adding all the parties to complete the legislature.

However, far from putting it back together, it witnessed the abandonment of two other important partners, Matteo Salvini’s far-right League and Silvio Berlusconi’s Forza Italia (centre-right), for which he has had no choice but to irrevocably resign today.

Workers are reluctant to leave the home office

nothing phone1 specifications.. you will tell about the problem of insufficient storage capacity bye bye