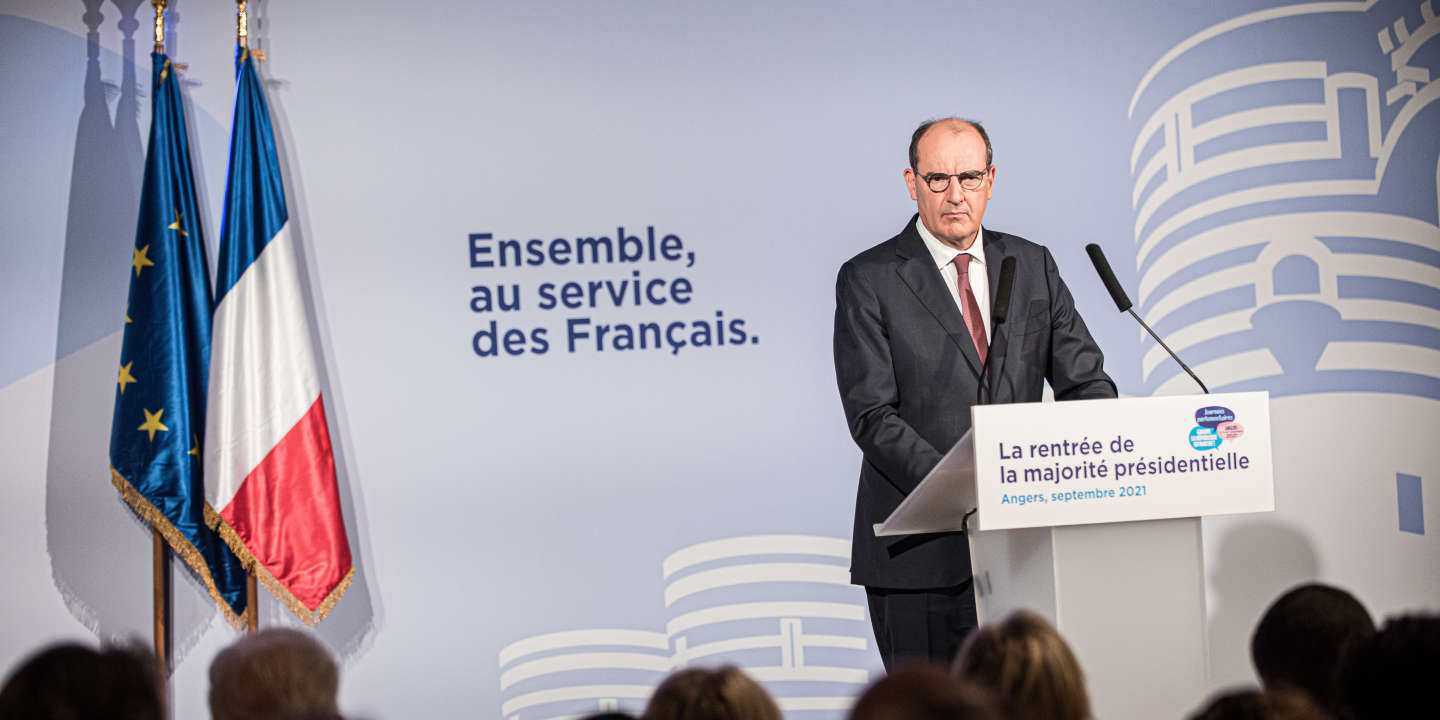 When he sees a tricolor scarf, nostalgia takes over him. This Thursday, September 23, it is in the Creuse that Jean Castex has the spleen. Coming to the “territories” to announce the government’s plan to better take care of the dependency of the elderly and disabled, especially in rural areas, the Prime Minister shakes hands, jokes, toasts with the locals when suddenly , he crosses paths with Emile Leconte and his blue white red scarf. The mayor of Couches (Saône-et-Loire), without a label, is at the head of a town of barely 1,400 inhabitants. Jean Castex takes care of ” All the french people “, as he himself recalls. But the former mayor of Prades looks at the city council with envy. ” Ah…, loose the tenant of Matignon. Qhen one is a mayor, one is confronted with reality. “

Unhappy? Surely not. Frustrated? May be. Seven months before the presidential election, Paris already has its eyes riveted on the electoral campaign and its announced, suspected or anticipated candidates. Among them, the Head of State, Emmanuel Macron, is increasing the number of trips and announcements on security, immigration, youth, education, biodiversity, the defense of farmers or small traders. The Head of State takes, almost every day, the light to assert his record and try to demonstrate that he will reform France “Until the last quarter of an hour”. What remains for Jean Castex? “This period is necessarily a little frustrating. But it is the president’s moment and it is very well like that ”, sweeps the entourage of the Prime Minister.

Faithful, devoted, « Jeannot » for close friends, works in the shadows. Far from Paris. In this province where, he says, “We meet all these people that we do not hear but who make France”. Since his arrival in Matignon, the Prime Minister has accumulated 220 trips and does not intend to lower the regime. “It’s finally when I come to the territories that I am happiest. Besides, there is a record that I try to beat every day, that of the prime minister who travels the most, he confided on September 10 during a trip to Nantes. Not because I’m on the move but because in the end I myself remained mayor, right? As we say “mayor one day, mayor always” ”.

“We feel that we are being listened to”

It doesn’t matter that the 24-hour news channels aren’t chasing him, he’s talking to the regional daily press. He is committed to solving the daily problems of the French, for example by launching the “energy check” so that modest households can cope with soaring prices, and looks at this silent France with a penchant for the fate of the elderly, bruised by the crisis linked to Covid-19. Without doubt his twelve years at the town hall of Prades where he also chaired the nursing home in his southwestern locality will have marked him. It is a fact, when the Prime Minister leans to the ears of the elderly, that he takes the fragile hands of an Alzheimer’s patient, few doubt a sincere empathy. It is for this reason that he acquired the nickname of “Croque-grannies”.

You have 51.55% of this article to read. The rest is for subscribers only.