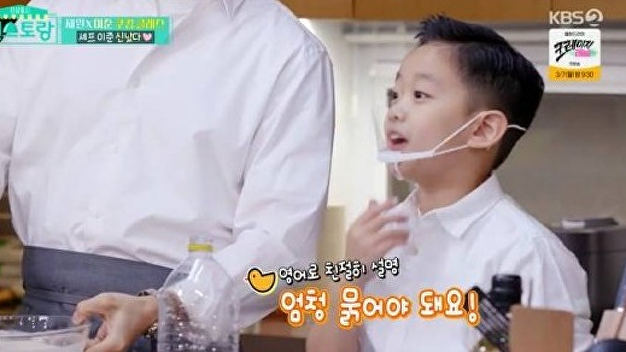 On the 25th, KBS2’s ‘New Release Pyeonstorang’ showed Lee Ha-yeon, a master of kimchi, and Kim Jae-won, who opened a cooking class for foreigners.

Kim Jae-won explained, “You have to thin the buckwheat dough,” and Lee Jun-gun translated it into English, “very watery,” and surprised me.

Next, Jun Lee explained in English, “It’s Ok” and “It’s good,” as he visited the students’ tables.

A student suggested to Jun Lee, “Would you like to try something you made?”, and Jun Lee even joked, “I’m getting fat.”

Gangnam, who watched the video, said, “It’s really cute,” and Ryu Su-young admired Kim Jae-won, “I’ll be full even if I don’t eat.”

Cristiano Ronaldo surprises everyone and sets the date for his retirement