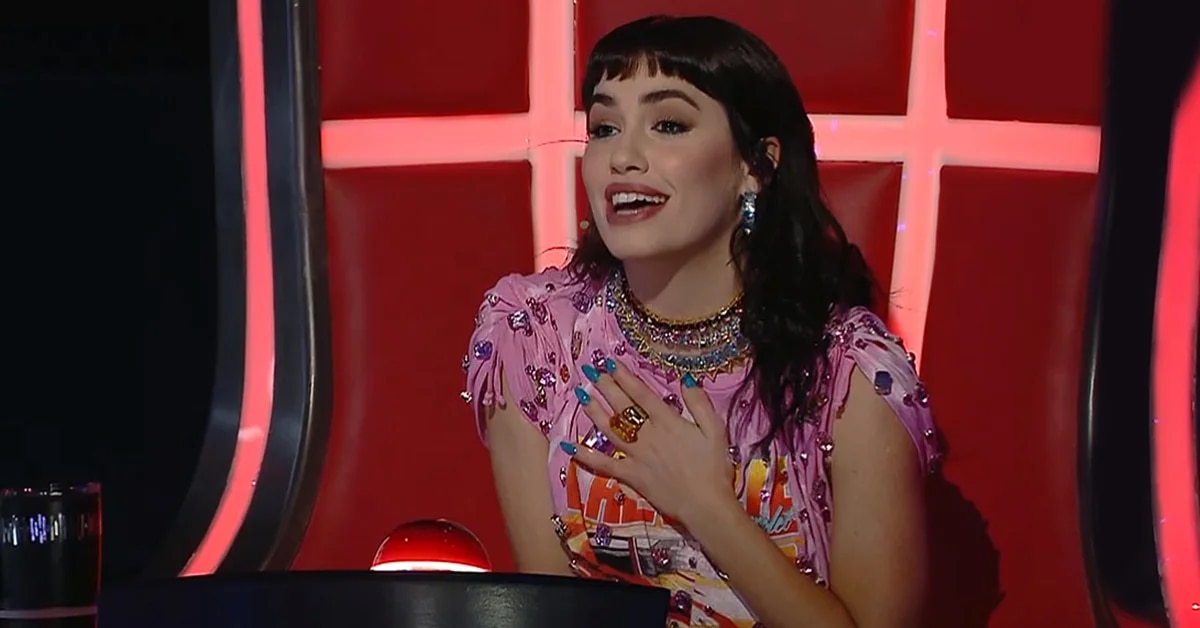 Blind auditions continue The Argentine Voice and small details finish confirming the teams. Sometimes, the nerves of the participants play against him and determine that they cannot enter the contest. And in hours, it is the jurors who fail to perceive the talent behind their backs and regret pursues them throughout the gala.

This happened with Lali Esposito y Stéfano Morocco a 30-year-old man from Rosario who entered the contest at the insistence of his grandmother. But it was not the young man’s first time in this type of realities, since he had participated in the Mexican edition of the contest. “It was very crazy. I saw a flyer on the Internet, I took a plane and I left for a month”, he counted. Pictures then showed him on the team Laura Pausini, his coach in Aztec lands. “It was a totally incredible experience, to this day I remember and I am moved,” he said. And he redoubled the bet: “I wanted a rematch in Argentina”

Stéfano performed “Mi heart will go on”, the emblematic theme of the soundtrack of Titanic. At first she had a hard time hooking the right intonation, until he put his performance on track and was receiving feedback from the jury. Almost simultaneously they turned Ricardo Montaner y Mau y Ricky and towards the end of the song he added Soledad Pastorutti. Instead, Lali Espósito remained with her back turned, without giving him the pleasure of completing the plenary as in the Mexican edition.

But when he turned around, the gesture of surprise shown by the interpreter of “Discipline” hinted that he had made a mistake. “I know you, love”, she told him when she was able to associate the voice with her face. “I know him singing, we haven’t sung together, but I follow him, I love it”, he added. His colleagues did not seem to believe him and took it as a joke. “Tell us what it’s called”; Soledad questioned her, distrusting what she heard. Lali did not remember the name, but she actually knew the participant from her time in the reality show and in fact follows him on Instagram, where he exceeds 70 thousand followers.

Finally, Mau and Ricky gave their partner the right when they noticed that Stéfano had a change of look that made him unrecognizable. “I’m super mad because I didn’t turn around because he’s such an amazing singer. What happened?”asked Lali, who was still asking for a new song. “You sing Mariah Carey, you sing like nobody else”, encouraged him. Rosario opted for “I want her to die” and put the entire jury to dance except the ex Almost angels She was still frustrated in her chair.

“The good news is that you are in La Voz, we are three teams that are going to fight for you,” celebrated Arequito’s. “Yor I’m going to steal it, don’t be careless”, Lali promised, before the persuasion campaign begins. “You have an ability to sing a lot and have good taste when it comes to singing. That is very important to reach the hearts of the peopleMau opined. I feel that you have much more to give, you have no ceiling. It is to give you security when you go on stage”, continued La Sole. “I understand what Lali must be feeling,” said Montaner, without Chicanas. “She has happened to all of us,” he admitted.

“You have to choose the team with which you think you will feel more comfortable with your musical affinity”, closed the author of “Let me cry”. With the cards on the table, the participant hesitated for a moment and resolved on the fly: “I said I was going to follow my heart here. And I feel like I’m leaving with Mau and Ricky”.

The chef of El Hotel de los Famosos was ironic about his kiss with Melody Luz and pointed at Alex Caniggia
Tamara Báez left the house where she lived with L-Gante and moved with her daughter Jamaica: the reasons
Florencia Peña recalled her decision to remove lolas at the age of 18 and revealed why she regrets it
China Suárez and Rusherking would take another step in their love relationship: the couple’s new plan

Summary of the match Mazatlan vs. Puebla (2-4). GOALSHalftime