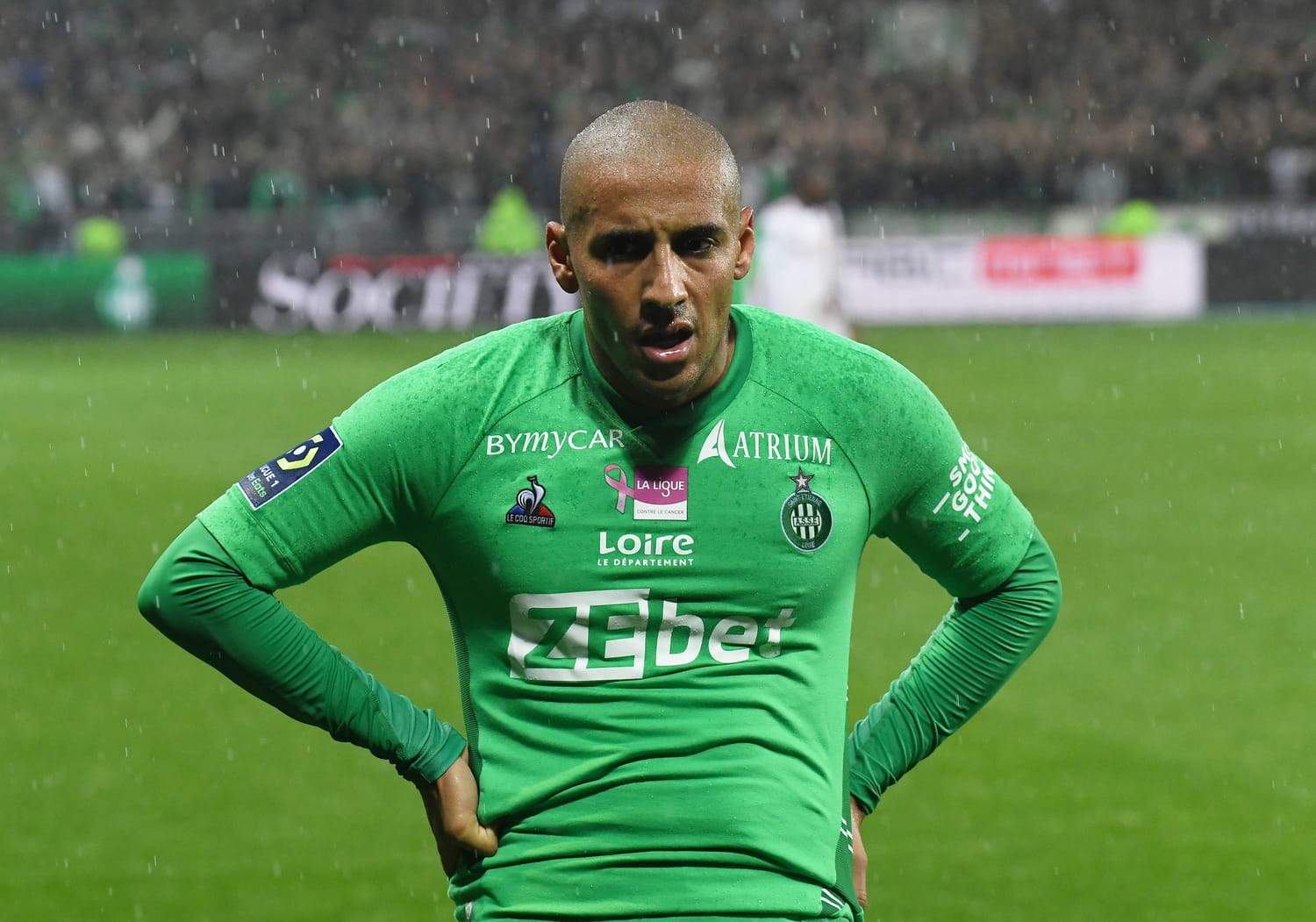 Ligue 1. Highlights of the last match, latest results, scoreboards, scorers of the day and updated ranking… Here is what to remember from this new day of Ligue 1, this Saturday April 30, 2022.

At the end of this match, possession of the ball is true in favor of Stade Rennais (55% against 45% for AS Saint-Etienne), who win (2-0). However, the two teams created as many opportunities in front of goal, with 3 shots on target each. Rennes – Saint Etienne in live

Lovro Majer scored a second goal for Stade Rennais, who therefore doubled their lead in the 84th minute in this 2nd half, at Roazhon Park. The Stéphanois are sinking! Rennes – Saint Etienne in live

The kick-off of the 2nd half has just been given by Jeremy Stinat, at Roazhon Park. The score is 1-0. Rennes – Saint Etienne in live

21:46 – Rennes – Saint-Etienne: The players return to the locker room at Roazhon Park

After these first 45 minutes, possession of the ball is slightly in favor of Stade Rennais (52% against 48% for AS Saint-Etienne), which leads to the score (1-0). However, the two teams created as many opportunities in front of goal with 1 shots on target each. Rennes – Saint Etienne in live

The first goal of this shock is scored by Lovro Majer in the 41st minute in this 1st period! The match turns in favor of Stade Rennais at Roazhon Park. The Stéphanois are obliged to react. Rennes – Saint Etienne in live

The score does not really reflect the physiognomy of the match: after this duel, possession of the ball is in favor of RC Lens (52% against 48% for FC Nantes), which has also created the most serious chances with 6 shots on target against 5 for FC Nantes, but we remain at 2-2. Lens – Nantes in live

Arnaud Kalimuendo did not miss this penalty and offers a goal to his team. We are 2-2 in this Lens – Nantes! Lens – Nantes in live

The decision has fallen for RC Lens: and it is a penalty that is whistled by Thomas Leonard after a call to the VAR! Perhaps a turning point in this 2nd period! Lens – Nantes in live

The game is stopped in Lens: Thomas Leonard hesitates to signal a penalty for RC Lens after a contentious gesture in the area and calls on his colleagues from the video. Lens – Nantes in live

David Pereira Da Costa has just found the opening and reduced the gap in the 67th minute of play in this 2nd period! RC Lens returns to 1 to 2 at Stade Bollaert-Delelis. Lens – Nantes in live

Here we go again between RC Lens and FC Nantes, in Lens, where Thomas Leonard kicks off. The reminder of the score: 0-2. Lens – Nantes in live

17:48 – Lens – Nantes: The players return to the locker room at Stade Bollaert-Delelis

RC Lens dominates territorially but in a sterile way: after these first 45 minutes, possession of the ball is slightly in favor of RC Lens (58% against 42% for FC Nantes), but it is FC Nantes who have succeeded more of shots on target (4 against 0) and who took the advantage at the mark (0-2). Lens – Nantes in live

Moses Simon scored a second goal for FC Nantes, who doubled their lead in the 32nd minute of this first half, at Stade Bollaert-Delelis. The people of Nantes put themselves in a position to win! Lens – Nantes in live

Jean-Louis Leca, the RC Lens player, inherits a red card in the 19th minute, in this 1st period. Lens – Nantes in live

Moses Simon opened the scoring for FC Nantes in the 8th minute of play in this 1st half. The match between RC Lens and FC Nantes is now on track: here we are at 0 to 1 at Stade Bollaert-Delelis! Lens – Nantes in live

17:00 – Lens – Nantes: Thomas Leonard kicks off the match between RC Lens and FC Nantes in Lens!

The kick off of this meeting between RC Lens and FC Nantes has just been given by Thomas Leonard, at the Stade Bollaert-Delelis. Lens – Nantes in live

16:30 – The match between Lens and Nantes will start

The second match of this 35th day of Ligue 1 between RC Lens and FC Nantes will start in a few minutes. The kick-off will be given by Mr. Leonard on the lawn of the Félix Bollaert-Delélis stadium.

A time out of the red zone under the leadership of Pascal Dupraz, ASSE has fallen back into its traps in recent weeks, weighed down by a permeable defense (17 goals conceded in the last five games), and finds itself 18th , in place of the play-off, four days before the end of the championship. The trip to Rennes, this Saturday for the 35th day of Ligue 1 (9 p.m.), does not encourage optimism, facing the second best attack in L1. Especially since in front, the Greens will be deprived of Boudebouz, Hamouma and Khazri, all injured.

Pressured by AS Monaco in the race for the podium, Stade Rennais only owes its current third place to a better goal difference than the Monegasque club (+39 against +20). The reception of Saint-Etienne this Saturday for the 35th day of Ligue 1 (9 p.m.) should therefore not be taken lightly by the Rennais and by coach Bruno Genesio, who will field his best possible team, even if he will have to tinker in central defense because of the absences of Aguerd (suspended) and Badé (injured).

Ligue 1 is no longer FC Nantes’ priority at the end of the championship, despite a very successful season from Antoine Kombouaré’s team (10th, with 50 points). Nantes will indeed face Nice next week in the final of the Coupe de France, which could offer President Kita his first title since his arrival in 2007 at the club. The trip to Lens, this Saturday for the 35th day of Ligue 1, is therefore not the club’s priority, but Antoine Kombouaré insisted that “the best way to prepare for the final is to play a great match. ” in the north. He will therefore field his best team today.

RC Lens remains on four games without defeat and a hard-fought draw last week at the Parc des Princes against PSG (1-1), but more generally, the Lensois have lost only 2 of their last 11 games . A good series which allowed the Lensois club to get back into this final sprint and to still believe a little bit in a European qualification. 7th 5 points from Rennes (3rd), Racing must imperatively win this afternoon (5 p.m.) against FC Nantes during the 35th day of Ligue 1 to hope to snatch a European ticket next season.

Strasbourg coach Julien Stéphan appreciated the performance of his players, who did not give up against PSG at the start of the 35th day of Ligue 1 on Friday evening (3-3), making up for a two-goal deficit in end of the second half: “I was generally satisfied with our first half. We had a very difficult start to the second half. But what energy! What strength of character! What a group! We do this job for this kind of emotions. We will remember it for a long time. It’s a hard-fought point. It’s a great pride to accompany this group. We still have big fights ahead of us this season. You can count on us for everything. give until the end.”

Hooked by Strasbourg on Friday evening at the opening of the 35th day of Ligue 1, PSG chained a second consecutive draw in L1 and Kylian Mbappé wanted to congratulate the Strasbourg people at a press conference. He was not surprised by the quality of Julien Stéphan’s team: “We have TV and we watch the matches! It’s a team that does not come out of the hat, they are having a great season. Now I think that we gave the stick a bit to get beat. But we mustn’t take the credit away from the teams either when they manage to hang a result against us. It’s not just because we slow down or that we are a little less good, they managed to reverse the trend at home so congratulations to them.”

For this 2021-2022 season, it is Amazon Prime which has obtained the rights for 80% of the TV rights for the French football championship in Ligue 1. The new broadcaster will cover 8 matches per day: the Friday evening match (9 p.m.), the Saturday afternoon match (17 hours), the Sunday multiplex (3 p.m.), the Sunday evening match (8:45 p.m.) and the Sunday lunch meeting (1 p.m.). Amazon has also created a special channel: Pass Ligue 1.

It is Canal + which will broadcast the two other matches of each day at the start of the season: the Saturday evening match (9 p.m.) and the Sunday match at 5 p.m.

You can find in real time via our table, the evolution of the ranking of the top scorers of the French Ligue 1 championship. After the 28th day, Wissam Ben Yedder and Kylian Mbappé are in the lead with 15 goals.

You can find the ranking of smugglers in the French Ligue 1 championship with an update at the end of each championship day:

Music school in Geneva – At EPI, we learn rock in a group, without exams, in style!