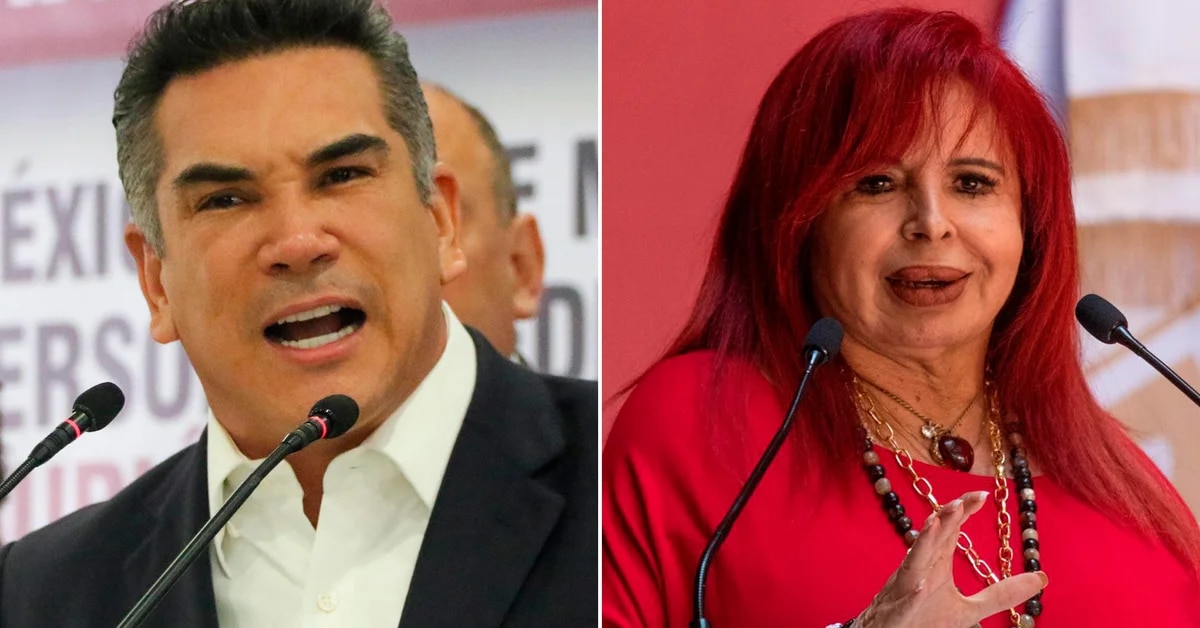 New audio of Alito Moreno against PAN, PRD and businessmen.

The Governor of Campeche, Layda Sansores Saint Romanreturned to present a new audio against the national president of the Institutional Revolutionary Party (PRI), Alejandro Alito Moreno Cardenaswhich involved many businessmen and his work as president of the Government Commission of the Chamber of Deputies.

According to the local president, the conversation that took place was between Moreno and José Murat, former governor of Oaxaca, in which he confessed that they are going to “fuck” the businessmen with the approval of the Tax Reform.

“When I have the commission (in the Chamber of Deputies), let’s fuck the businessmen with a verg*s reform…that is, so that they shit. Squeeze them, they are going to shit * r ”, expressed the leader of the tricolor to his interlocutor.

Layda Sansores asserted that AMLO did not defend Alito Moreno, but that “he is very human” even with his adversaries (Photos: Cuartoscuro)

Later, the former governor of Campeche confessed that he had a conversation with Scherer – he never mentioned the name, but on social networks he began to point out Julio Scherer IbarraAMLO’s former legal adviser-, in which he asked that “the PAN, the PRD, get into the pot”, but not their party.

In said exchange of views with Scherer, the leader of the tricolor confessed that he had a particular interest in promoting from the legislature: tax reform; however, she was surprised to learn that her interlocutor had the same interest.

“That (the tax reform), sons of your put * madr *, is the first that they bring”

Finally, Murat -based on the confession given by the brunette- asserted that “the leader of Grupo México, (Carlos) Slim and the Aramburuzabala are going to cry”: “All those bastards are going to suck our dick”; although they were not the only ones involved, as they also alluded to Germán Larrea, Builleres, those from the Gicsa company and Álvaro Fernández.

The governor presented the alleged document that united the PRI and Televisa (Photo: Facebook/Layda Sansores)

Meanwhile, in continuity with the audio broadcast last week about the alleged contract between Televisa and Alito Moreno, the Campeche government presented some screenshots of the document that united these two entities.

Therefore, they once again urged the President of the National Electoral Institute (INE), Lorenzo Cordova Vianello, to act considering that the evidence that has been given shows an “electoral crime” in the framework of the 2021 elections.

Likewise, they warned, both the governor and the prosecutor Renato Sales, about a possible escape of the PRI leader, due to the fact that he traveled to France, in the company of PAN member Santiago Creel; However, Moreno Cárdenas asserted that he traveled to Europe to denounce Morena.

AMLO demonstrated against the search in the house of Alito Moreno (Photo: File)

Regarding the statements made by President Andrés Manuel López Obrador (AMLO) regarding his disapproval of the search carried out on the property of Alito Moreno, the governor and the prosecutor of the entity pointed out that the people inside the building they didn’t want to open so it had to be forced open.

“There was no such aggression, no desire to humiliate him or his dignity was lacked”

In addition, Sansores San Román clarified that the president’s position was not a scolding for the local government, but rather a manifestation of “humanity” represented by the head of the Federal Executive, since he does not like injustices against peopleeven if they are your political opponents.

However, he clarified that, in reality, those who were violated were the population when Moreno Cárdenas enriched himself “insultingly” by being president of the state: “Alito He has humiliated so many people. They are such arrogant people.”

News 24 | For the first time in the Kingdom, flynas launches the service of purchasing travel tickets in installments